The video was obtained from the Armed Forces of Ukraine.
By Joseph Golder September 1, 2022
Facebook
Twitter
Linkedin
Email 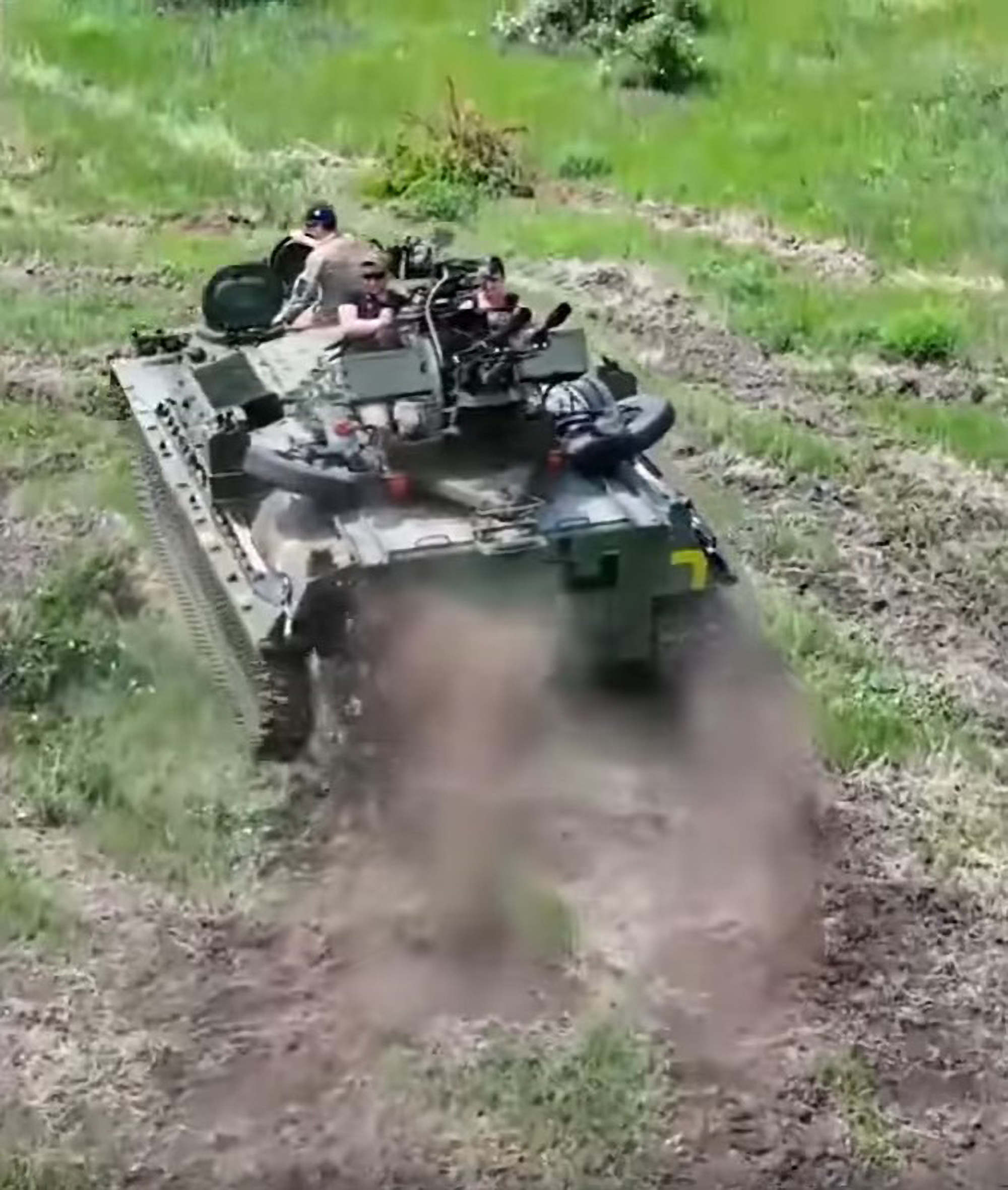 Ukrainian soldiers drive the upgraded Russian MT-LB equipped it with an anti-aircraft gun in Ukraine in undated footage. The Armed Forces of Ukraine won the MT-LB as trophy in the battle with Russian Armed Forses. (@AFUkraine/Zenger)

This footage shows how Ukrainian forces have decked out a trophy Russian armored fighting vehicle with an anti-aircraft gun that can fire 2,000 rounds per minute.

The images show at least three Ukrainian troops riding in a Russian MT-LB, a Soviet-era, tracked armored fighting vehicle, which has been fitted with a ZU-23-2 anti-aircraft gun.