The images were obtained from the Western Territorial Administration of the National Guard of Ukraine on Tuesday, August 30.
By Joseph Golder September 1, 2022
Facebook
Twitter
Linkedin
Email 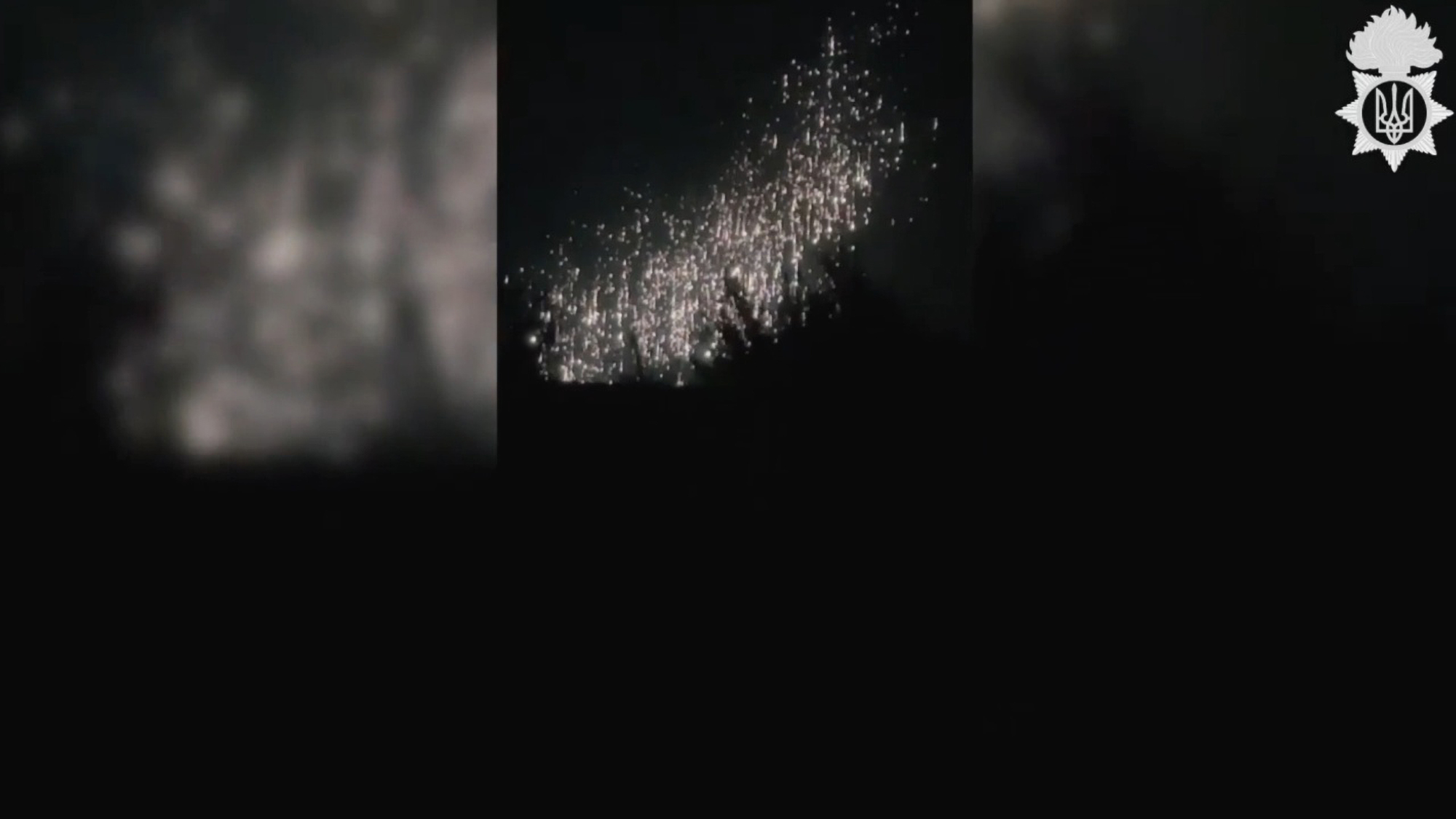 The Ukrainian National Guard has said that Russian forces are using incendiary weapons against them in the Donetsk region.

But they added that their troops are holding firm and are not giving them any ground–even when the “fiery rain” causes the ground under their feet to burn.

Video footage shows a rain of fire descending on Ukrainian positions at night, with a field then shown burning. Large flames can be seen burning near the person filming as the footage ends.

The images were obtained from the Western Territorial Administration of the National Guard of Ukraine on Tuesday, August 30, along with a statement saying: “The occupiers fire at the National Guardsmen with incendiary ammunition.

“National Guard fighters in the Donetsk region are holding the line of defense under round-the-clock heavy shelling.

“It happens that the ground literally burns under their feet, but the National Guardsmen steadfastly perform their tasks and do not allow the enemy to advance.

“The video shows how the occupiers fire at our soldiers with incendiary ammunition, which, like fiery rain, falls from the sky and turns everything around into ashes. Thank you to our boys and girls who, with their heroism and self-sacrifice, allow us to see stars in the sky, not a fiery avalanche.”

Zenger News contacted the Western Territorial Administration for further comment, as well as the Russian Ministry of Defense, but had not received a reply at the time of writing.

Russia invaded Ukraine on February 24 in what the Kremlin is still calling a “special military operation.” Wednesday marks the 189th day of the war.

“Of course, many would like a large-scale offensive with news about the capture by our military of a settlement in an hour. But we don’t fight like that&mldr; funds are limited,” Arestovych added.

Natalia Humeniuk, a spokesperson for Ukraine’s Southern Command, said that Ukraine’s forces have successfully damaged bridges that cross the Dnieper River to Kherson, leaving them “impassable for heavy machinery.”

The Russian-installed leader of occupied Kherson, Kirill Stremousov, has reportedly fled back to Russia.

President Zelensky said that Ukraine’s parliament has endorsed several laws and ratifications to bring the country closer to the European Union. “We are moving step by step towards full membership in the EU,” he added.

The last Soviet leader, Mikhail Gorbachev, has died in Moscow aged 91. Tributes to the statesman, who passed away on Tuesday, August 30, have been pouring in.

Gorbachev has been praised for bringing an end to the Cold War with his policy of “openness” – glasnost.