Moms that come for help need her to try and teach them to break free from the corporate mentality in the maternal realm.
By Simona Kitanovska September 1, 2022
Facebook
Twitter
Linkedin
Email 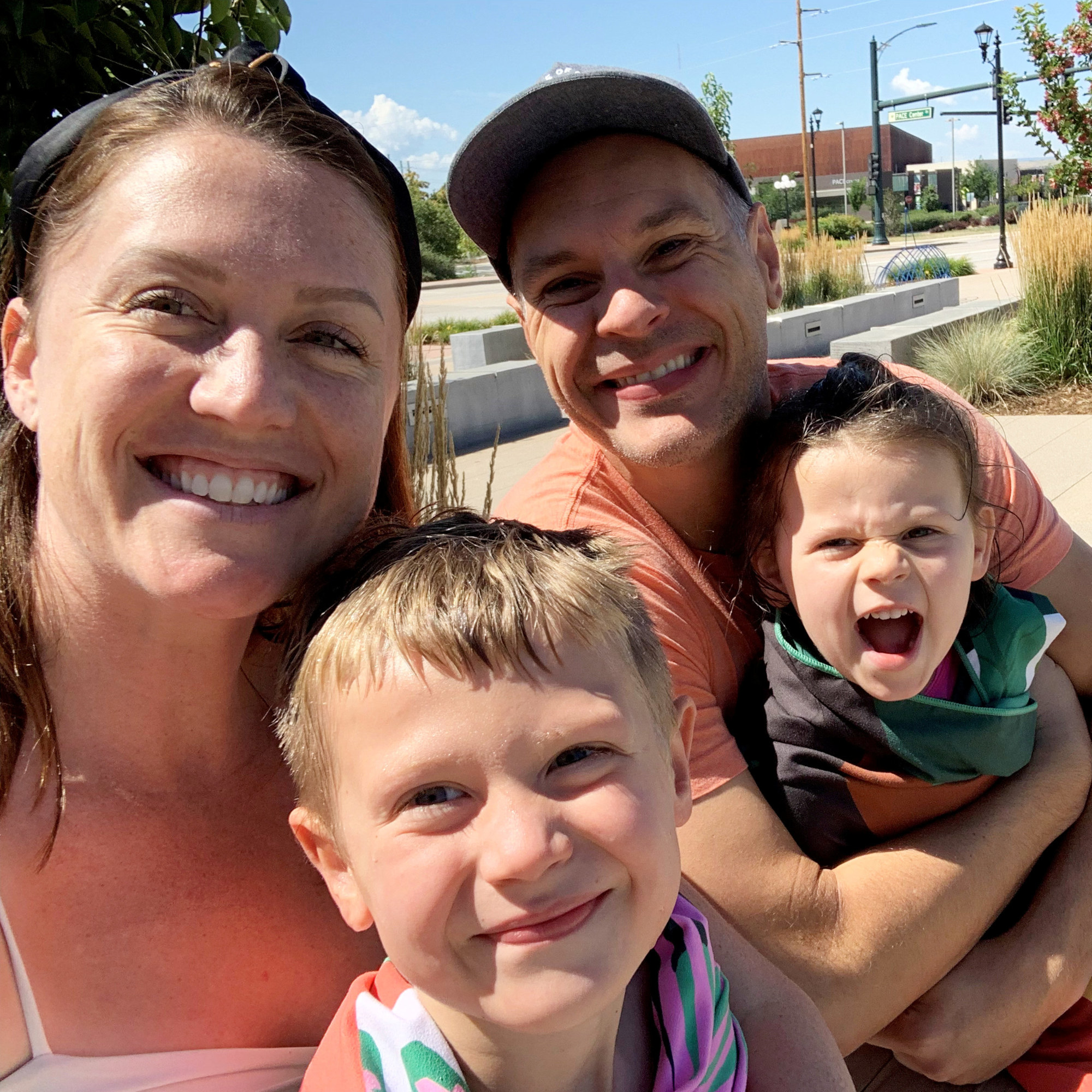 Kendra Williams,36,with her husband Jonathon Williams, 39, and children Ashton,5, and Avery,4, pose in an undated photo. After her own personal struggles, Williams has become a motherhood coach to help other corporate career women excel as moms. (Kendra Williams,SWNS/Zenger)

Kendra Williams, 36, worked in sales in Silicon Valley, California, U.S., before she became a mom at 31 in April 2017 to Ashton, five. She said it was the “hardest thing she’d ever done”.

Williams felt “lost” and struggled without the targets or performance reviews of the corporate world. Used to a high-pressure business environment, she says she “crashed” into motherhood and “completely lost her sense of self”.

Williams felt like she was “drowning” when she welcomed her second child, Avery, four, in December 2018. When the world came to a halt due to the COVID-19 pandemic in March 2020, Williams reassessed her ambitions and goals.

She decided to coach new moms through motherhood and became certified in conscious parenting in 2021. She has one-on-one appointments with mothers who need guidance and helps provide coaching for career-driven moms by helping them embark on their journey into motherhood.

The mom-of-two, Denver, Colorado, said: “I decided I wanted to be a stay-at-home mom, but I felt so lost and guilty. I was spiraling with shame because I felt guilty if I needed time away from my kids.

“When I made the decision to start working part-time again, I thought I was a bad mom for quitting home. Now I am a mothering coach and I want to empower other women to grow and cope with the change in their life.”

Williams grew up in Silicon Valley and hoped to work her way up to the top of sales–a professional networking website. The corporate sales dream was all she had ever known from a young age, and she says everyone she knew worked for a big tech company. She thought she would be the ‘best mom’ but soon realized it was her biggest challenge.

“I thought I was going to smash motherhood like I’d smashed sales in my career but I quickly read the same rules didn’t apply. I went into motherhood with my spreadsheet and strict schedule for play dates and story times at the library,” she said.

“I soon learned that I couldn’t apply my strict sales regiment to babies who don’t follow a schedule. I felt inadequate as I watched perfect Instagram moms seemingly cruise through motherhood and my son wouldn’t sleep on.

“I had to drop the expectation around following a schedule and surrender to not being in control. I needed space and time and had to accept I needed help and people to watch my baby so I could sleep.”

When her daughter, Avery, four, was born in December 2018, Williams continued to be a stay-at-home mom but says she soon found herself losing her of sense of self and purpose.

“I was at home all day and I’d forgotten how to exist outside of motherhood. I was constantly doing things all day, but I felt like I was doing nothing and had nothing to show for it,” she said. “I had to accept I wasn’t creating a masterpiece but keeping the house humming and you can never possibly be on top of everything.”

Her eldest was also diagnosed with a sensory processing disorder–and suffers from severe anxiety, meaning motherhood was harder than she had ever imagined. Her eldest had colic-like symptoms for nine months due to his undiagnosed sensory disorder–Williams felt like she wasn’t worthy or enough because she couldn’t get her child to sleep. Now she helps mothers who find themselves as lost as she did.

“The concept is matrescence–the transition of becoming a mom. It is the physical, emotional, hormonal, spiritual and social transition to becoming a mother. A journey that recognizes the ups and downs and that there is a grey area between the highs and lows of motherhood, and it’s fine to feel overwhelmed,” she said.

Williams now takes on new mom clients who are in the same position as her and helps them through the ‘oh s**t’ moments. She said her ‘oh s**t’ moment was when she had two kids under two and had chosen to be a stay-at-home mom but realized she wanted more, and she needed a change.

“I felt so guilty for needing a change because I had told myself I was going to dedicate my life to motherhood. I knew I needed to activate a different part of myself and went back to work part-time,” she said.

While Williams went on her ‘matresence’ journey, she and her husband, Jonathon Williams, 39, a software salesman, decided to have a three-month trial separation as they rediscovered themselves as they’d grown from parenthood and Williams felt she wasn’t the same person she was before.

They decided to get back together and renewed their vows in February 2021. Williams says moms should have MVPs–minimum viable priorities–whereby they have small achievable goals they can do every day to make them feel accomplished.

These tasks can be something easy such as three 20-minute workouts or having two home-cooked meals a week. Moms that come to Williams for help often want targets, spreadsheets and goals but she tries to teach them to break free from the corporate mentality in the maternal realm.

She often says to new mothers: “I know you want an A+ but I can’t offer you a grade chart. There is no end accomplishment, but you are doing enough and growing even when the dishes and laundry piles up.”

According to the expert, mothering is both a verb and a noun with different meanings.

“A mother is who you are, and you are worthy and complete and amazing just by being present. As a verb mothering is something you do. It is how you choose to handle tantrums and how you choose to mother. It Is never something that feels complete,” she said.

“Each mom needs to look at their own framework and ask themselves three questions–am I informed? Am I supported? Am I inspired?”

According to the expert, a mother needs to be ‘informed about the maternal wall’–the discrimination mothers can face in the workplace. They must also find out what kind of support they can receive and how they can ask for help.

Moms must then ask if they are supported–this means if they have the time, money and resources they need. Everyone’s situation is completely different, so women have to take a step back and work out what is realistic for them. Williams doesn’t live near family who can take care of her children, so she has to rely on nurseries or her other half.

She said: “The next questions moms must ask is whether they are inspired to be the best version of themselves. If not, they need to look for ways to be inspired and find out how they can get inspired and fulfill themselves.”

When it comes to tantrums, Williams says moms should look at your future self and how they would look back and be proud of how you handled it. She said: “It’s not always easy but moms should try and stay cool, calm and collected and recognize their triggers.”

Williams advises moms to let go of the guilt they feel for spending time away from their children, it’s normal to need time off. She recommends moms take holidays from motherhood and have ‘me days’ when possible. She also said each moms’ needs are completely different and unique to them–some moms want to carry on climbing to reach their career goals and others will decide they want to stay home.