How To Make Thousands Just By Traveling The World

"Becoming a digital nomad was entirely accidental, but nobody around me was surprised. It was the best decision I’d ever made."
By Simona Kitanovska September 1, 2022
Facebook
Twitter
Linkedin
Email 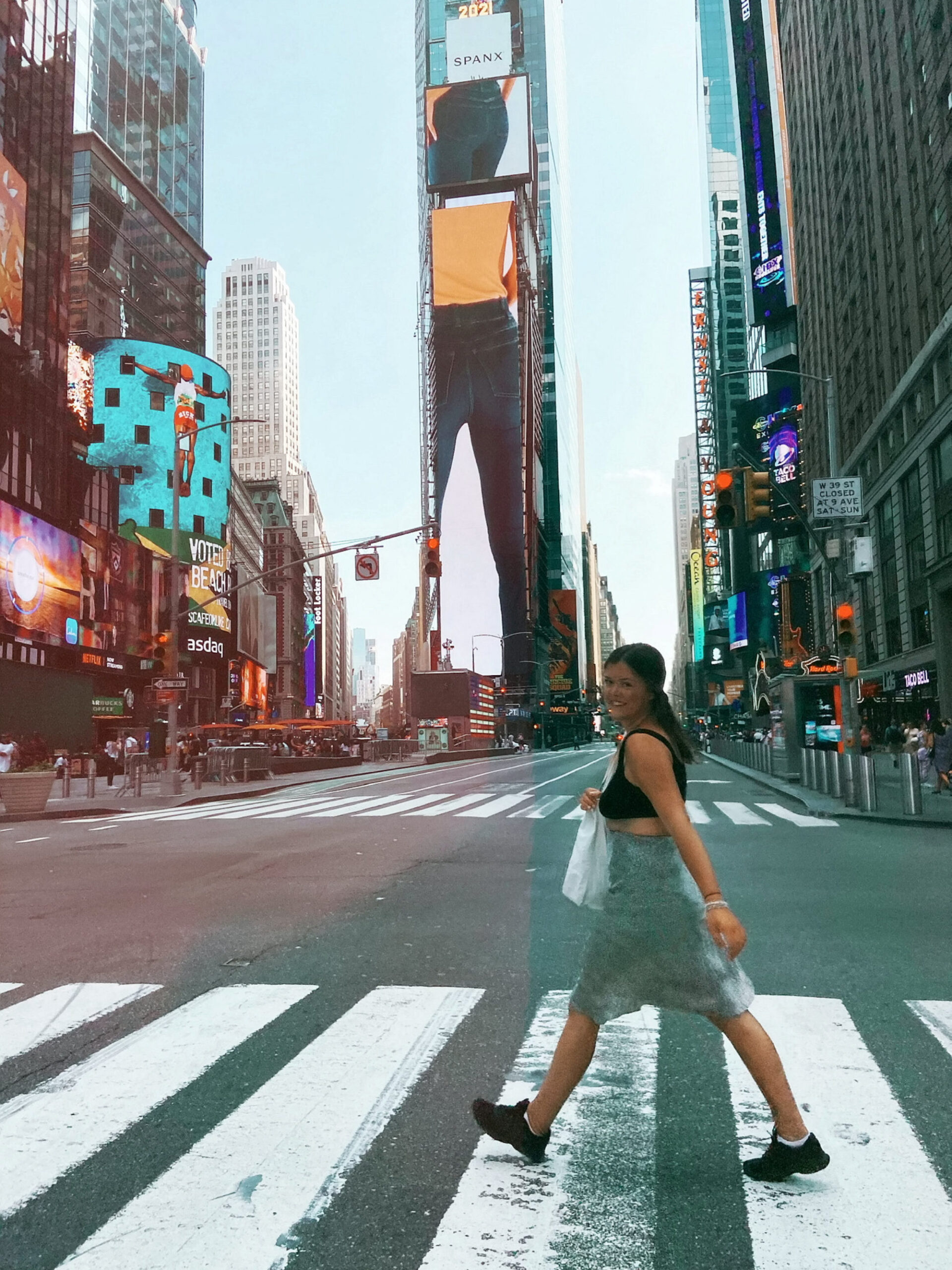 Louise Truman poses in an undated photo. Truman makes £10,000 a month globetrotting as a digital nomad to share her adventures with her whopping 139,000 TikTok followers. (Louise Truman,SWNS/Zenger)

An adventurer is raking in £10,000 a month while traveling the world.

Louise Truman, 22, says she ‘caught the travel bug’ after jetting off to Tanzania to climb Mount Kilimanjaro in 2019. After completing high school that summer, Truman got a job as a digital marketer while studying for a degree in Spanish and History virtually at King’s College London, a public research university located in London, England, in the U.K.

She said studying online due to the pandemic gave her the perfect opportunity to “invest in herself”–and she secured a stable digital marketing income by 2021. This allowed her to begin traveling the world while working remotely–visiting countries such as Costa Rica, Tanzania, and South Korea.

After posting on TikTok, she developed a social following and social media and content creation soon became her main source of income. She now makes £10,000 a month globetrotting as a digital nomad to share her adventures with her whopping 139,000 followers.

“Becoming a digital nomad was entirely accidental, but nobody around me was surprised. It was the best decision I’d ever made,” said Truman, who hails from Surrey in southern England. Her love for travel began when she was just 13, when she enrolled and fundraised for a scientific expedition measuring radiation in Greenland.

“I went purely so I could spend three weeks trekking across glaciers, climbing mountains, and avoiding the occasional polar bear,” she said.

At 17, she and her best friend splashed money earned from their weekend jobs at the Tesco grocery store chain to jet off for a weekend in Barcelona, Spain–and it spiraled from there. She even skipped preparations for university-qualifying exams to visit Tanzania and climb Mount Kilimanjaro.

After completing her exams at 18, the pandemic hit, meaning her degree in Spanish and History moved online. Truman had also secured a job as a digital marketing assistant, which went fully virtual as well–but it turned out to be an invaluable stepping stone for her.

“However tough the pandemic was for me mentally, I have never had such an opportunity like that to invest in myself. Over the first six months of lockdown and tentative reopening, I networked like crazy on LinkedIn.

“I picked up two new freelance marketing contracts, learned incredible amounts from mentors, and started a social mobility project to help university students,” Truman said. By spring 2021, as the world started to open again, she had established herself with a “reliable and consistent digital marketing income.”

“I had never seen that much money in my life. During my time working remotely as a marketer, I had one five figure month. This came entirely from my marketing work and investments – specifically the sale of sweat shares,” she said.

Sweat Equity Shares are shares in a company, normally a startup, issued to employees for a reduced price–which can become very lucrative if the business goes on to be successful.

“It’s risky,” Truman said, adding: “But it works well when you’re working for a startup that you see a huge amount of potential in. This shows you certainly do not need a social platform to thrive as a digital nomad.”

But Truman said despite her successes, she was left feeling burnt out, and was desperate for a change.

“I felt like my levels of Spanish had actually regressed. So, I decided to go to Costa Rica. I guess that’s when I became a digital nomad,” she recalled. Since then, Truman’s source of income has become more content creation-based, specifically getting her £10,000 a month from brand deals.

“It wasn’t that I got bored of my remote marketing job, it was simply that a better opportunity came along thanks to TikTok. I started posting publicly on TikTok in January 2022, so only a few months ago, but I have grown my account very quickly,” she explained.

Now she boasts 139,000 followers and her account has amassed more than 7 million likes in total. She puts this down to her digital marketing experiences–knowing how to create her personal brand and price her content creation.

“As a content creator, most of my time is focused on creating content. I do a few brand deals each month – it’s not something I want to oversaturate my socials with–and because these are so well paid, I don’t have to do much to exceed my previous levels of income,” Truman said. She revealed for the past two months, she has generated £10,000 from content creation alone.

“The best part about that is that as my socials continue to grow, I’ll be able to charge more for the same amount of work. It’s already a much happier work-life balance. I’m so excited to see where it goes over the next couple of years,” she said.

Truman is currently in Vietnam for a brand deal for her TikTok–and her next stops over the coming weeks will be across South-East Asia. “That’s for pretty much back-to-back brand deals, which is incredibly exciting,” Truman said.

She gives readers her best top tips for living the digital nomad lifestyle:

1. “Run, don’t walk away from any networking girlie (read: pyramid scheme) in your DMs [Direct Messages]. The vast majority of people who pay to start these ‘businesses’ lose a lot of money.”

2. “If a company is going to trust you to work completely remotely, they need to have complete confidence and trust in your expertise–which means you’re probably going to need prior experience in the industry you want to work remotely in.”

3. “You’re putting yourself at a disadvantage if you’re not networking. It can be as easy as sending a personalized LinkedIn message.”

On her TikTok, she also recommends the apps Upwork, Fiverr, and LinkedIn to make money online

4. “If you don’t start now, you’ll live to regret not starting sooner.”

5. “Even if you fail, you’ll have learned a lot, about yourself traveling the world, or perhaps about the way of working suits you best.”