Each with their own personality, the bison have their individual quirks and traits.
By Simona Kitanovska September 1, 2022
Facebook
Twitter
Linkedin
Email 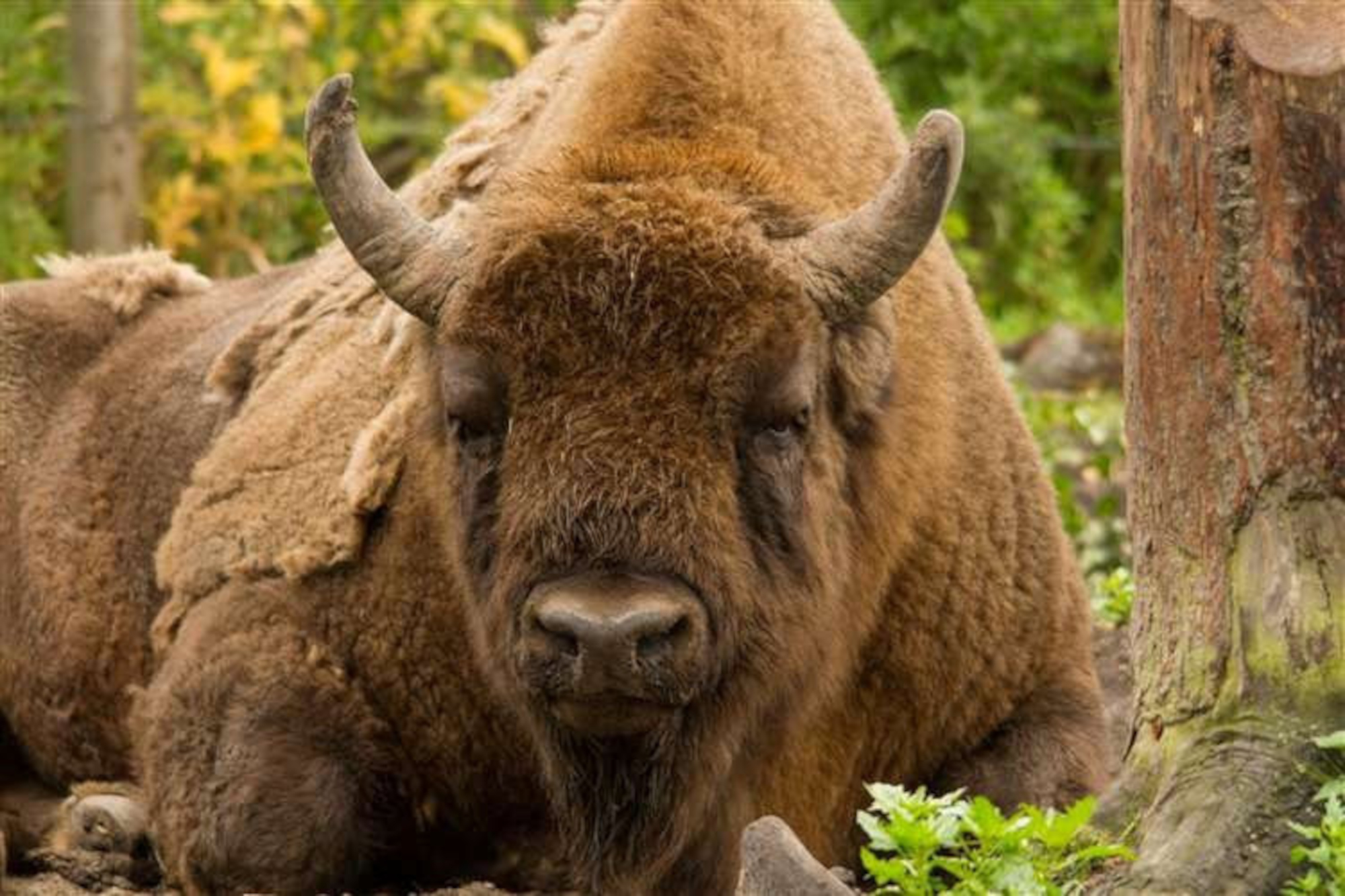 Bison pictured in an undated photo. Hollywood legend Leonardo DiCaprio has hailed the rewilding of bison in the U.K. via a Facebook post, despite eating the animals' raw liver while filming his Oscar-winning movie The Revenant. (Steve Chatterley, SWNS/Zenger)

Hollywood legend Leonardo DiCaprio has hailed the rewilding of bison in the U.K. despite eating the animals’ raw liver while filming his Oscar-winning movie, The Revenant.

The global star took to social media to share his appreciation for the scheme at West Blean and Thornden Woods between Canterbury and Herne Bay in Kent, a county in South East England, in the United Kingdom. A group of four bison have been roaming the woods for the past month–rapidly getting accustomed to their new surroundings and boosting biodiversity.

In a Facebook post, environmental campaigner DiCaprio said: “European bison are the continent’s largest land animal and were extinct in the wild a century ago. They are recovering through reintroduction projects across Europe, and recently three were released into the Kent countryside in Canterbury, becoming the first wild bison to roam in Britain for thousands of years. The Wilder Blean project’s mission is let the animals’ natural behavior to nourish the commercial pine forest into natural woodland, allowing for new plants, insects, and wildlife to thrive in this habitat.”

The £1.1 million plan, headed up by the Wildwood Trust and Kent Wildlife Trust, is the first of its kind in the U.K. and is hoped to be a trailblazer for other areas to follow suit.

The first month has been a success, with the site’s bison rangers studying different character traits among the herd. The animals, which eat up to 77 pounds of vegetation a day, leave behind nutrient-rich dung that attracts insects–allowing birds have to feast on the manure.

Ranger Donovan Wright said: “The bison have already had a remarkable impact. I did not expect it to be so sudden, but literally from the first day you could sense their presence in the woods.

“We have seen them create a network of paths opening up trails of up to a meter wide through dense silver birch thickets that were once almost impenetrable. You can now comfortably walk along bison trails. It is such a privilege to spend time with the bison and to witness the changes taking place in the woods. Every day I am awestruck.”

Each with their own personality, the bison have their individual quirks and traits. The matriarch has developed a taste for bracken, while a calf loves munching away on brambles.

Ranger Tom Gibbs said: “While they are very much wild animals, they have distinctive personalities. I have seen the two younger females playing and enjoying their surroundings. They will jump in the air when they get excited, chase each other and run around. They also have quite specific head movements when at play. They are really enjoying being outside, it’s fantastic they are comfortable enough to interact in this way.”