‘Grill Master’ Is The Most Desireable Job At A Tailgate Party

A survey explored how tailgaters use food and friends to create the most fun event possible.
By Simona Kitanovska September 1, 2022
Facebook
Twitter
Linkedin
Email 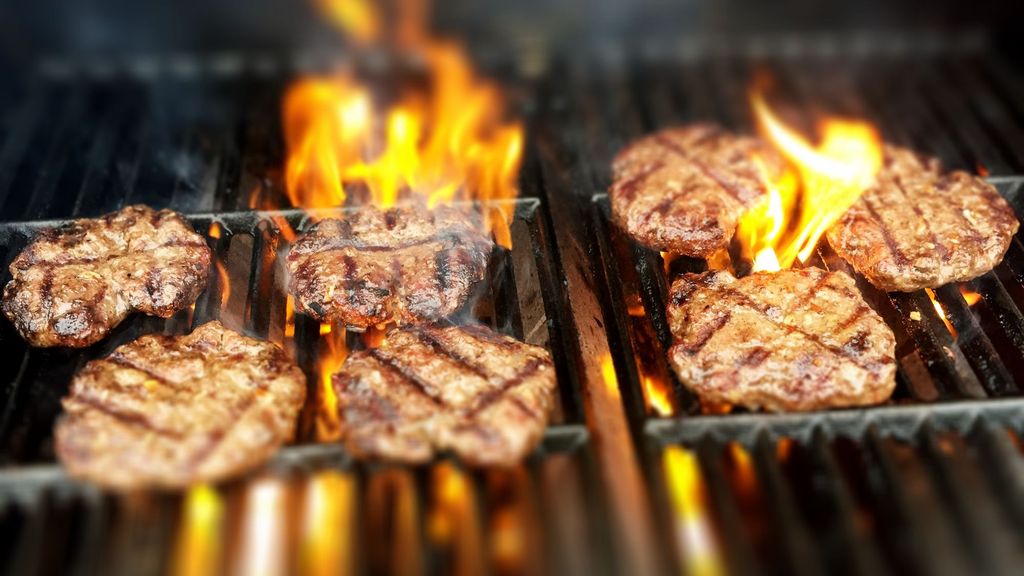 New survey conducted by OnePoll on behalf of Hormel Foods found that “grill master” is the most coveted job to have at a tailgating event, according to new research. Undated photo illustration. (Josh Castronuovo, SWNS/Zenger)

“Grill master” is the most coveted job to have at a tailgating event, according to new research.

A poll of 5,000 Americans—with 100 people in each of the 50 states—revealed that 29 percent believe manning the grill to be the best job while tailgating, while 25 percent opt for “side dish taster” or “game hype man”—23 percent.

Conducted by OnePoll on behalf of Hormel Foods, an American food processing company based in Austin, Minnesota, the survey explored how tailgaters use food and friends to create the most fun event possible.

Other tailgate duties include cup refiller—18 percent, and food server—18 percent. In fact, 34 percent of respondents agree that it’s better to have one designated person man the grill, rather than rotating between people—30 percent. It’s no surprise that portable grills are the most popular cooking method for tailgating—67 percent. In fact, those on the East Coast, like Pennsylvania—76 percent, and Virginia—74 percent, are most likely to choose this method.

Almost half—49 percent, of respondents prefer traditional outdoor grills, especially those in the Southeast, like Alabama—62 percent, and Mississippi—62 percent. The third most popular cooking method is a crock pot—38 percent, which was found to be exceedingly popular in South Dakota—56 percent, but very unpopular in Hawaii—19 percent.

The average respondent attends two tailgates per year, with the optimal group size being 11 people on average. Tailgaters typically arrive about two hours before the game. Respondents also cited their friends —56 percent, and themselves—42 percent, as the most likely people to arrive first.

About one-quarter—24 percent, said their sibling is likely to arrive first, but grandma will likely be the last to arrive, as only 3 percent believe she would be first. The vast majority of respondents, 84 percent, believe that everyone attending a tailgate should bring at least one item.

This unspoken rule is highly respected as almost half, 46 percent, of respondents agree that if someone brings nothing, they are less likely to be invited to the next tailgate. Almost two-thirds—63 percent—of respondents are even likely to bring their favorite dish regardless of if others enjoy it.

Overall, the perfect tailgate has five different dishes. Almost three in 10, 29 percent, prefer to make something from scratch, whereas 22 percent just pick something up from the store.

“Tailgates may look different around the country, however, gathering with friends and family to enjoy food during a game is universal,” said Deanna Brady, executive vice president of Retail for Hormel Foods. “We believe food is love, so whether you grab your favorite ready-made snacks, prepare a favorite, must-have meal several hours ahead of time or work the grill right there in the parking lot, eating and sharing food provides a fun and natural way to celebrate together,” she said.

The best foods to bring to a tailgate were found to be burgers—66 percent, hot dogs—56 percent, and chips—52 percent. But a few states vary from those top choices and are more likely to opt for a hot dog over a burger, like those in the Midwest and West, such as Arizona—66 percent vs. 58 percent, and Washington State—60 percent vs. 55 percent.

In comparison, the worst foods are ice cream and popsicles—41 percent, pie—24 percent, and salad—23 percent. While only 12 percent of all respondents believe pasta salad is a tailgate staple, 34 percent of those who live in Maine believe it is one of the best.

These choices could be due to the fact that according to respondents, the perfect tailgate food is portable—58 percent, easy to cook—56 percent, and has a long shelf-life outside of the fridge —48 percent. But respondents do agree on the worst things to forget to bring to a tailgate: plates—70 percent, napkins—54 percent, and cups—46 percent, ranked at the top of the list. In the end, almost three-quarters, 72 percent, of respondents agree that the food selection can make or break a tailgate.

“Just like sports fans are passionate about rituals around their favorite teams and game day, people have their go-to tailgating foods,” said Brady. “Burgers and hot dogs are popular staples, but wherever you are and whatever you cook, it’s perfect tailgating food if you love it,” she concluded.