He was pulled over and taken into custody after failing a breath test.
By Simona Kitanovska September 1, 2022
Facebook
Twitter
Linkedin
Email 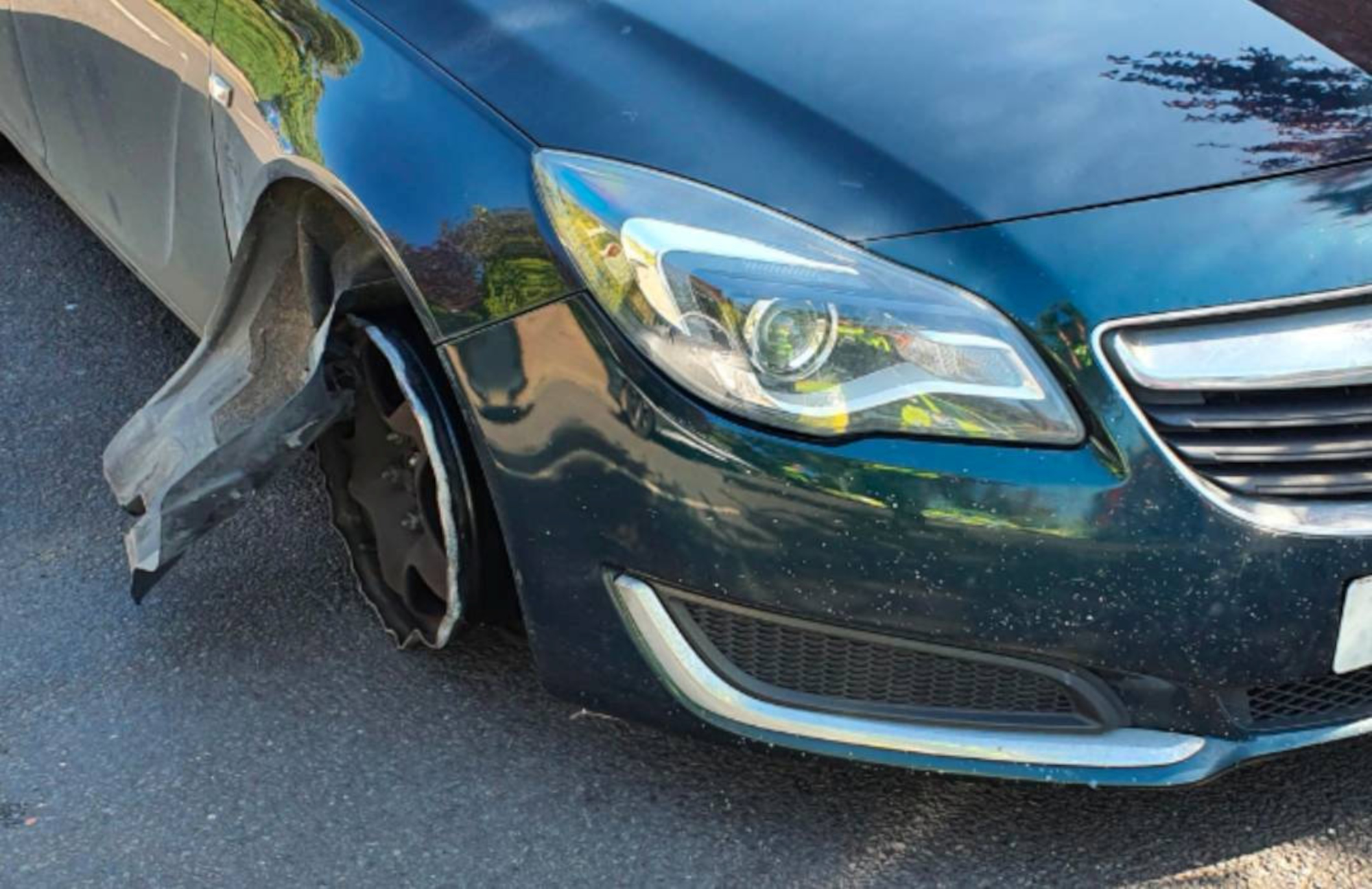 Graham Clark's car with a blown-up tire, pictured on the A27 highway, in England, in the U.K., on May 14. Sussex police have released new footage of Clark drunk-driving on the wheel's rim after drinking half a bottle of whisky before getting off the plane, due to his fear of flying.(Sussex Police,SWNS.COM/Zenger)

This footage shows a drunk driver during a 10-mile cruise on the rim of one of his wheel rims down a busy highway after downing half a bottle of whisky.

Graham Clark, 40, was seen with a “glazed look” on his face when he was caught by the police with more than double the legal drink-drive limit after getting off a plane drunk and then getting behind the wheel of his car. Other road users also reported seeing how he was driving erratically on the divided highway, including driving for several miles with a blown-out tire.

Clark had just flown in from a vacation abroad before collecting his car from Gatwick Airport, a major international airport located in West Sussex county, some 30 miles south of London, the U.K.’s capital, on May 14 this year.

He first drove to Selsey in West Sussex before setting off for his home in Portslade, East Sussex, England. But other road users reported to police his erratic driving on the A27 highway, including traveling for several miles with a blown-out tire.

Despite being more than twice the legal drink-drive limit, he later told police in custody: “You guys are treating me like I’m a criminal.”

Clark, an engineer who lives in Portslade, a western suburb of the city of Brighton and Hove, England, admitted charges of dangerous driving and driving over the prescribed limit for alcohol when he appeared at Worthing Magistrates’ Court on July 25.

He was sentenced to 200 hours of unpaid work as part of a 12-week suspended prison sentence. Clark was also disqualified from driving for two years, and must take an extended retest before he is allowed to get his license back.

He must also complete five rehabilitation activity requirement sessions (RAR), and was ordered to pay £85 costs and a £128 victim surcharge.

PC Tom Bezants, of Sussex Police, said: “Clark put his own safety and the safety of other road users at risk. Witnesses described seeing him driving with a glazed look on his face, completely unaware of his surroundings, as he drove with a blown-out tire for several miles on the busy A27.

“He was seen swerving across the road, narrowly avoiding a collision with the central reservation. It should have been clear to him that he was in no fit state to drive a car.”.

PC Bezants added: “Clark is very lucky that he did not cause a serious collision because of his driving. This case shows how serious this offense is and it demonstrates our determination to catch offenders who pose a risk to people’s safety. We are pleased that a dangerous driver has been taken off our roads.”