The police shut the road due to safety concerns as the area became crowded with people and long lines snaked around the block.
By Simona Kitanovska September 1, 2022
Facebook
Twitter
Linkedin
Email 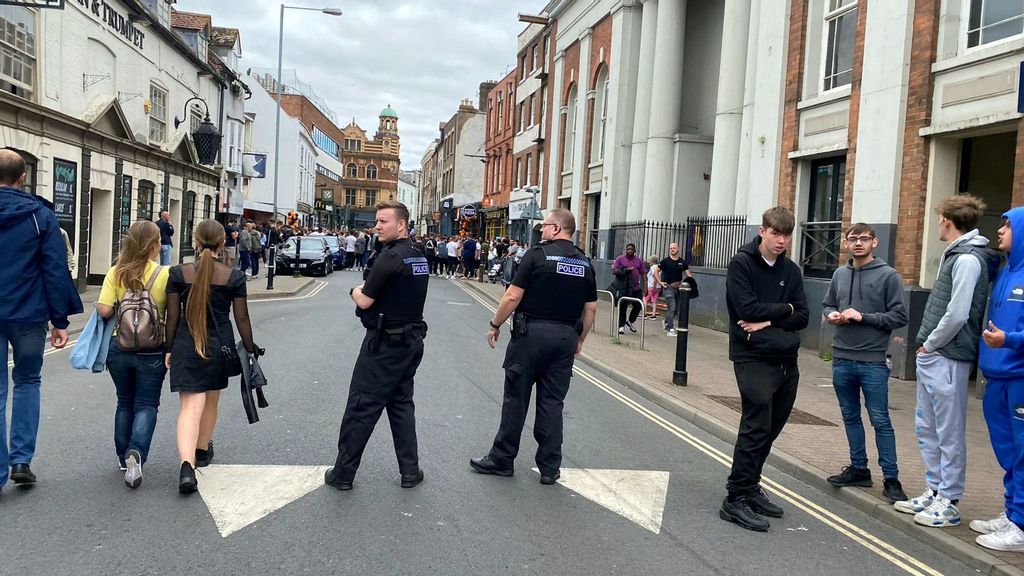 Police were called after the opening of a new pizza shop descended into chaos when hundreds of young people turned up and smoke grenades exploded in the street.

Officers were forced to close down roads after large crowds gathered for the opening of a new pizza store, in Worcester, England, in the U.K., on Monday, August 29. Fireaway Pizza had promised free pizzas to the first 100 customers, leading to a mass of people flocking to line up outside the store on Angel Street.

But the event started to descend into mayhem when a DJ with loudspeakers playing pop music, fire breathers and a fleet of luxury cars turned up at the venue. West Mercia Police were forced to shut the road at 1 p.m. due to safety concerns as the area became crowded with people and long lines snaked around the block.

Witnesses described how “absolute madness” ensued as parts of downtown were turned into a “glorified youth club.” Owner Harry Singh, 23, defended the opening event and blamed the chaotic scenes outside his shop on “external parties.”

“The police think that all the havoc outside is my fault,” Singh said. “We didn’t know this was going to happen, and we did try and calm things down as much as possible. All the havoc is from external parties. We just wanted to open up the shop and give away free pizzas.,” he continued.

Initially, a procession of firebreathers and luxury cars was planned to mark the opening of the pizza shop but that was scrapped on the advice of the police. The flashy cars ended up having to park around the corner outside a shopping center but black and orange smoke grenades were still tossed into the street.

Residents said they had never seen such chaotic scenes for the opening of a pizza shop while others criticized the police response and branded them “killjoys.”

“I’ve never seen anything like it for the opening of a pizza shop or anything else for that matter. It was absolute madness. There were youths going around on scramblers, smoke grenades going off and it was like a nightclub in the middle of the day. It was like a human zoo,” commented one person on social media.

“Really irresponsible having to waste police time all because of their silly publicity stunt. Everyone involved should be ashamed, turned a beautiful city into a glorified youth club. How desperate must you be as well to queue like that to get a pizza,” added another.

“Should have closed the pizza place not the road. Treat the cause not the symptom but police are too afraid to upset people,” said another person. Looks a great atmosphere, bit overkill to start closing roads and trying to shut parts of the event down. Surely they had crimes to be solving,” another added.

“Wow, heard there were five police vans to police the opening of a pizza shop. What a waste of police resources. Absolute killjoys,” wrote one comment.

Officers shut the road around 1 p.m. citing safety reasons, describing the event as ‘unplanned.’ The road was re-opened at around d 2.45 p.m.

“Angel Street Worcester is currently closed to all traffic due to an unplanned event. Please avoid driving there,” declared West Mercia Police on Facebook.