The mom-of-one was diagnosed with emetophobia–an extreme fear of vomiting-in May 2019.
By Simona Kitanovska August 31, 2022
Facebook
Twitter
Linkedin
Email 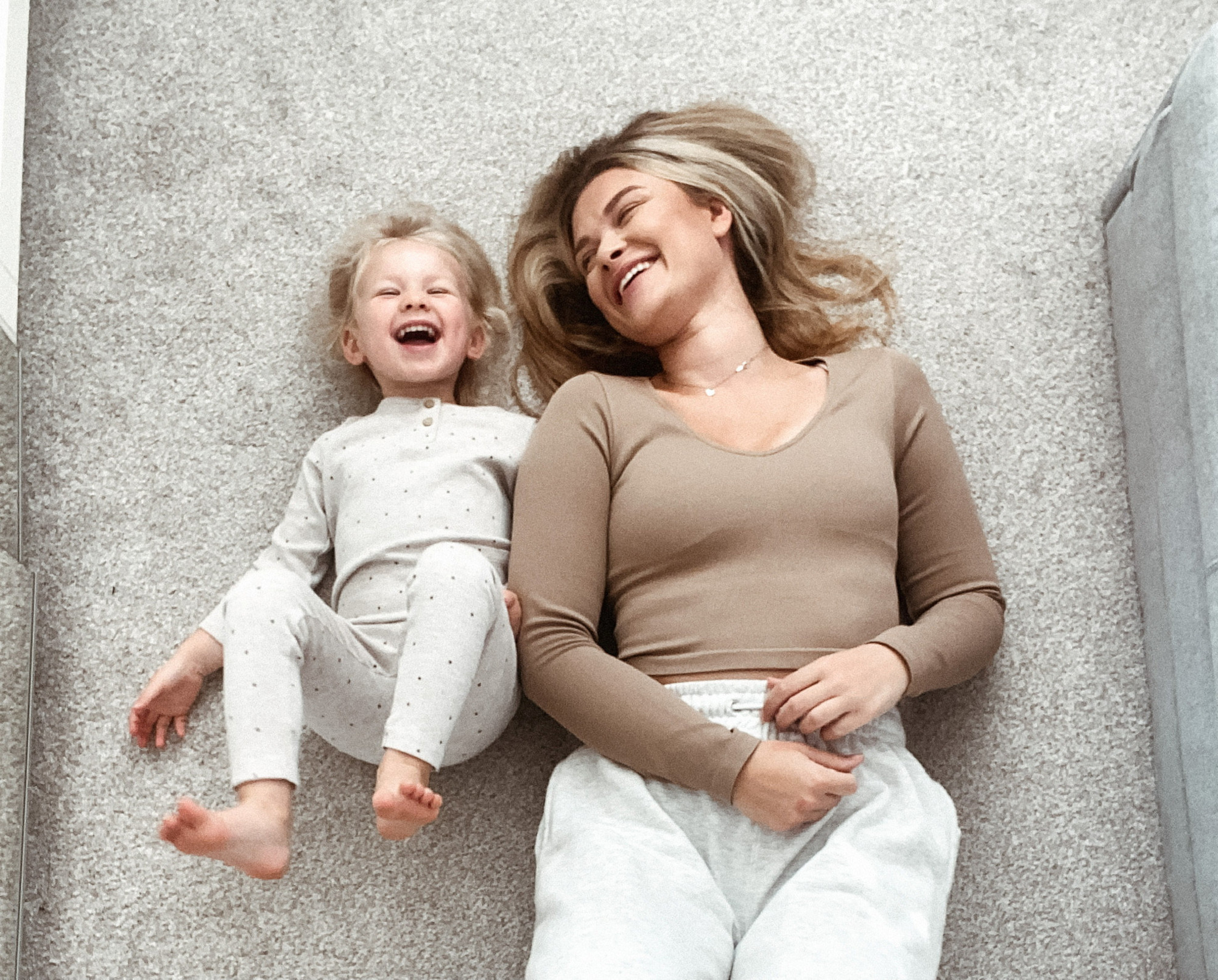 Maddie Blockley,28, and her daughter Amelie Smout pose in an undated photo. Blockley says has severe phobia of being sick so she couldn’t hold her toddler's hand for a week after she felt ill. (Maddie Blockley,SWNS/Zenger)

A mom with a severe phobia of being sick couldn’t hold her toddler’s hand for a week after she fell ill–and even throws away freshly opened food if it doesn’t ‘smell quite right’.

Maddie Blockley, 28, was so worried about vomiting she would examine her dinner under her bedroom lamp as a child and now sticks to a diet of ‘safe foods’–opting for dry and ‘best before’ items and avoiding dairy and meat products to make sure she avoids falling unwell.

The mom-of-one was diagnosed with emetophobia–an extreme fear of vomiting-in May 2019 after years of suffering with a fear of being sick but not being able to place what was wrong with her.

Her phobia is so intense she has to make sure she has a glass of water, a fan, pillow spray, mints, a herbal tea and Gaviscon, a medication used to treat the symptoms of too much stomach acid, by her bedside table every night before she goes to sleep ‘just in case’.

Since her diagnosis, she has started receiving cognitive behavioral therapy (CBT) and hypnotherapy, which has begun to help her in an effort to overcome her fear.

Blockley, a mental health nurse, from Burton-on-Trent, Staffordshire, located in the U.K., said: “When my little girl was ill I couldn’t hold her hand or be in the room for long with her. I felt awful as she said to me: ‘Do you not love me because I’m poorly?’

“It broke my heart and the last thing I wanted to do was impose my fear on her or make her think I didn’t love her. My phobia of sick is so bad that when I was young I would say I would choose to die over throwing up.

“I hate it every time I throw something away, especially with living costs at the moment, but if the food smells slightly off I have to get rid of it. Being sick is so scary to me, I can’t take any risks.

“I have to remove myself if my partner is ill. Sometimes I have to go somewhere else or would encourage him too. If I’m watching a TV program and someone throws up it make me panic. Even reading about someone being ill makes me feel horrible.”

Blockley believes she has had symptoms of emetophobia since she was in elementary school, but it progressed when she had a bout of food poising when she was nine.

“I was hospitalized because of it and really poorly and from then on I started avoiding things that could make me ill,” she said. I became really picky when it came to eating, dipping in and out of being a vegetarian because I didn’t want to eat meat.

“I would take my food up to my room and inspect it under my bedroom lamp and any I didn’t like the look of I would throw down the toilet. I was washing my hands so much I would scald them as the water was too hot. I was determined not to pick up any sickness bugs. But in my mind that was the way to get rid of germs.”

With her parents worried she was developing an eating disorder she was sent to her GP and put under a mental health service.

“I felt so misunderstood, as the things the therapists were saying just didn’t apply to me. . My parents didn’t get why I wouldn’t want to do things like other children, like go on rollercoasters,” Blockley said.

“I would often and still do say I just didn’t like something rather than saying it was because was worried I’d be ill. There is this shame and worry that you’ll be judged for it.”

Blockley has been in and out of the care of mental health services but emetophobia was only mentioned to her in May 2019.

“I knew I was scared of sick, but I could never piece together why or what was actually wrong with me. Since knowing I have emetophobia it’s helped start managing and looking at ways I can help it,” she said.

Over the years, Blockley’s emetophobia has been more manageable.

“I was in a good place to have my daughter. My phobia comes in waves but at that point I was in a place where I could think about having a child and not worry too much about the morning sickness. I was really lucky when I was pregnant and I didn’t have one day of sickness,” she said.

“I felt sick on a lot of days which made me really anxious but I used sea sick bands and took Gaviscon. Even now, I have an emergency bag around with me which has mints and Gaviscon with me.”

It has only been the last year that Blockley has been receiving help for her phobia, with CBT and hypnotherapy.

Blockley said: “I can tell it is helping but I still have waves that just throw me off. It’s like a relapse where my fear will become a lot worse and affect my life.

“Like a month ago when my daughter, Amelie Smout, three, got ill. I just couldn’t be near her, and it killed me.

“It’s spiraled so that I’m back to eating a very ‘safe diet’ and I’m so cautious that I’ll throw newly opened bags of salad away if it doesn’t smell quite right to me. I hate that I do it, but it’s such a massive fear for me.”

Blockley has dropped 35 pounds since January this year because of her changing diet habits.

“I haven’t drunk milk since I was 10. If I see some food dropped on a dog walk, I’ll immediately think it’s sick or something. And even when I’ve been reassured that it’s just food, usually an ice cream or something like that, I’ll still be terrified that it is sick as I can’t go near it,” she said.

Blockley, who lives with her partner Jack Smout, 29, a production engineering manager, struggles with getting to sleep at night and has a routine to help her.

“I have to go to bed with a fan, and glass of water and I’ll always have the window open. It’s hard to get to sleep because that’s when my mind is whirring with thoughts of being ill, but I have everything I need on my nightstand to help me,” she said.

“It’s really difficult for Jack to deal with and I don’t think he understood it at first but now he has taken the time to get to grips with it. It’s hard for him seeing me in my low moments.

“Some of my cleaning and cooking habits have rubbed off on him. The feeling of fear for being sick is like a trauma. I just hope I can begin to manage it more.”