Ukrainian Major Fityo Volodymyr confirmed that the footage was authentic and that the information was accurate.
By Joseph Golder August 31, 2022
Facebook
Twitter
Linkedin
Email 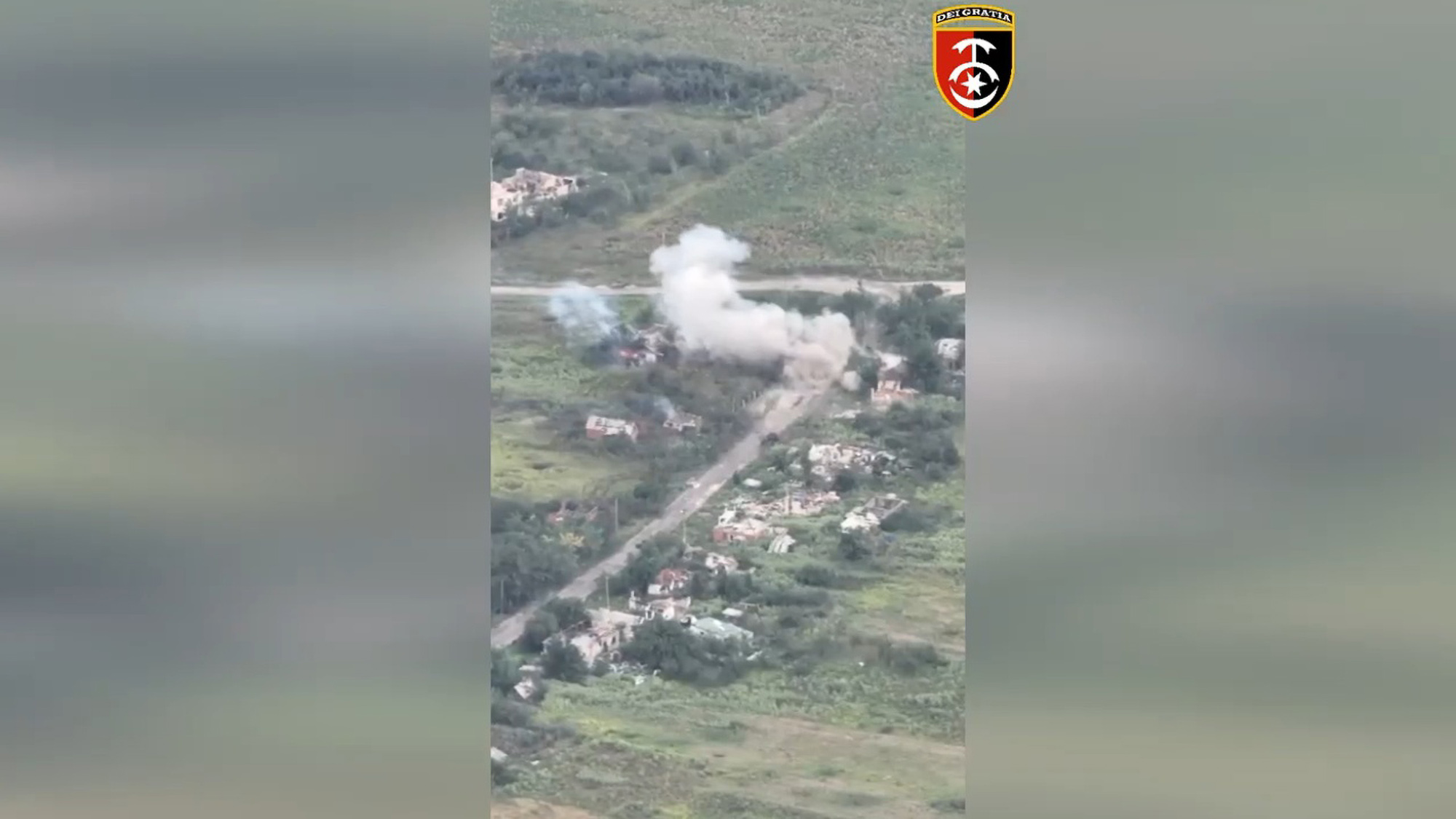 Explosions on the battlefield after the Ukrainian tankers hit the Russian military positions in Ukraine in undated footage. According to the Ukrainian military authorities, the Russian tank and the crew were destroyed by the fighters' attacks from the 30th separate mechanized brigade.  (@30brigade/Zenger)

The images show the vehicle driving down a dirt track with at least four soldiers in tow. The soldiers turn off the dirt track and seek shelter in a building, with the armored fighting vehicle then stopping and beginning to turn around on the dirt track.

The images then show the area being hit by Ukrainian ordnance. Four Russian soldiers are then seen attempting to flee into a field. They can then be seen being targeted as the footage ends.

The images were obtained from the 30th Mechanized Brigade of the Ukrainian Ground Forces, also known as the 30th Prince Konstanty Ostrogski Mechanized Brigade, on Monday, August 29, along with a statement saying: “The occupiers decided to make a stop: oh, how they guessed the place. Our tankers did a good job.”

The footage was also relayed by the Office of Strategic Communications of the Armed Forces of Ukraine.