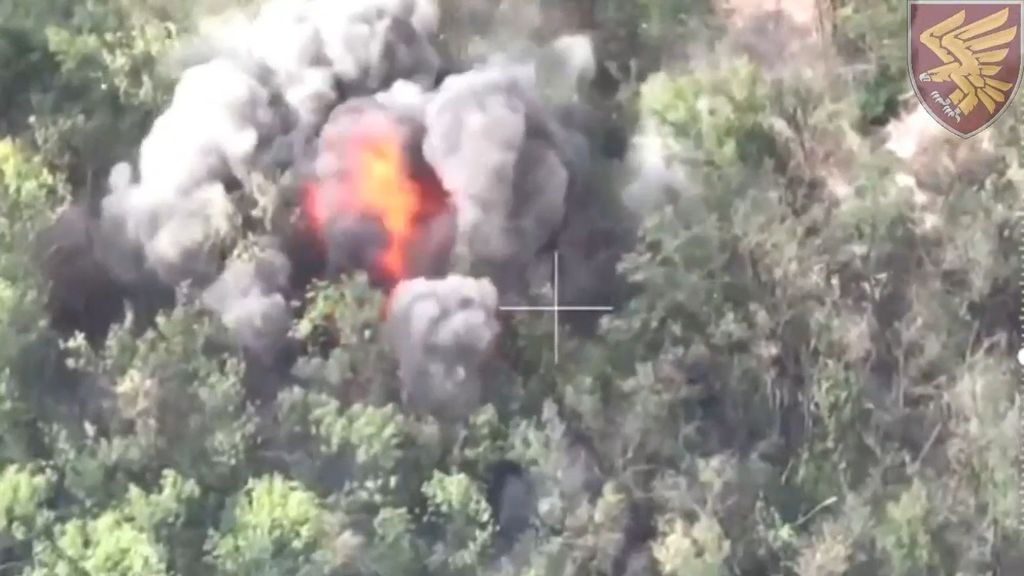 Russian BMP burns after it was destroyed by the fighters from the 95th separate amphibious assault brigade in Ukraine in undated footage. The 95th Air Assault Brigade is a unit of Ukrainian Air Assault Forces, Ukraine's rapid reaction force. (@AFUkraine/Zenger)

This footage reportedly shows Ukrainian paratroopers taking out a Russian BMP in a forest.

The footage, which appears to have been shot from a drone, shows the BMP entering a forest before the area is hit by what appears to be artillery fire.

The footage was obtained from Officer Yurii Kochevenko, of the 95th Air Assault Brigade of the Ukrainian Air Assault Forces, Ukraine’s rapid reaction force, on Tuesday, August 30, along with a statement saying: “The enemy BMP enters the forest and remains there. Together with a few more pieces of equipment.”

The images were also relayed by the Armed Forces of Ukraine.

Zenger News also contacted Officer Yurii Kochevenko for further comment, as well as the Russian Ministry of Defense, but had not received a reply at the time of writing.