The video was obtained from the Air Force command of the Ukrainian Armed Forces.
By Joseph Golder August 31, 2022
Facebook
Twitter
Linkedin
Email 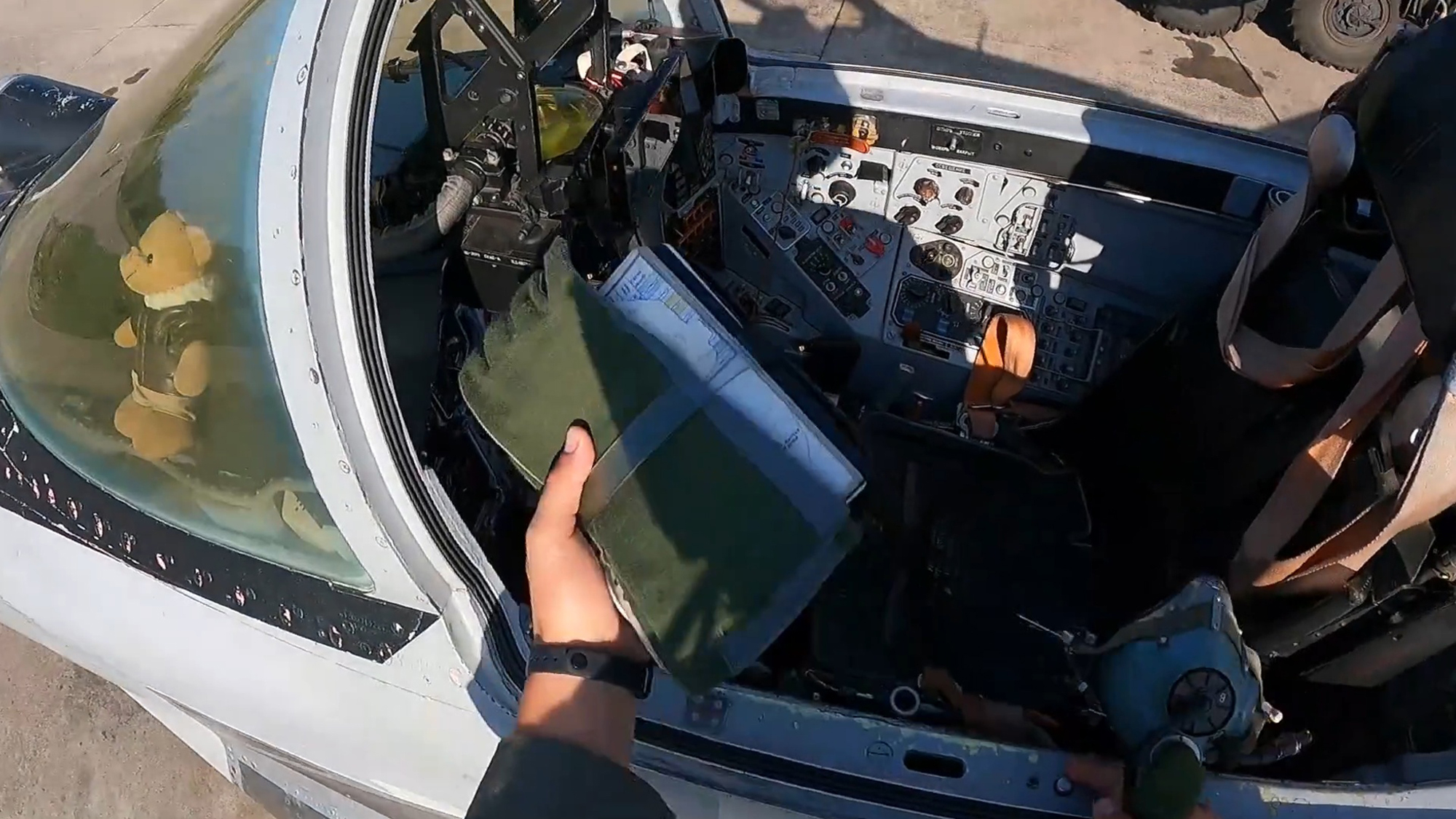 Picture shows a cockpit of MiG-29 fighter aircraft in Ukraine in undated footage. Ukrainian pilot Ivan showed work of the MiG-29 and devoted it to his killed by Russians combat friend. (@kpszsu/Zenger)

This Ukrainian aerial combat footage was shot by a pilot in tribute to a fallen comrade.

The images show the pilot getting into a Ukrainian fighter plane and taking off before he can be seen flying over countryside, as well as above the clouds. The images also show the pilot engaging in combat operations against the Russian invaders.

The pilot, who has a Teddy bear on his cockpit dashboard, also films his wingman’s plane.

The footage was obtained from the Air Force command of the Ukrainian Armed Forces, on Tuesday, August 30, along with a statement saying: “The Ukrainian pilot shot and edited a video of the combat operation of the MiG-29 fighter.

“Ivan dedicates this video to his fallen brother Yevhen Lysenko, who heroically died in an aerial battle with the Russian invaders on 9th March. Let’s remember our defenders!”

The images and statement were also relayed by the Armed Forces of Ukraine.

Zenger News contacted the Air Force command for further comment, as well as the Russian Ministry of Defense, but had not received a reply at the time of writing.