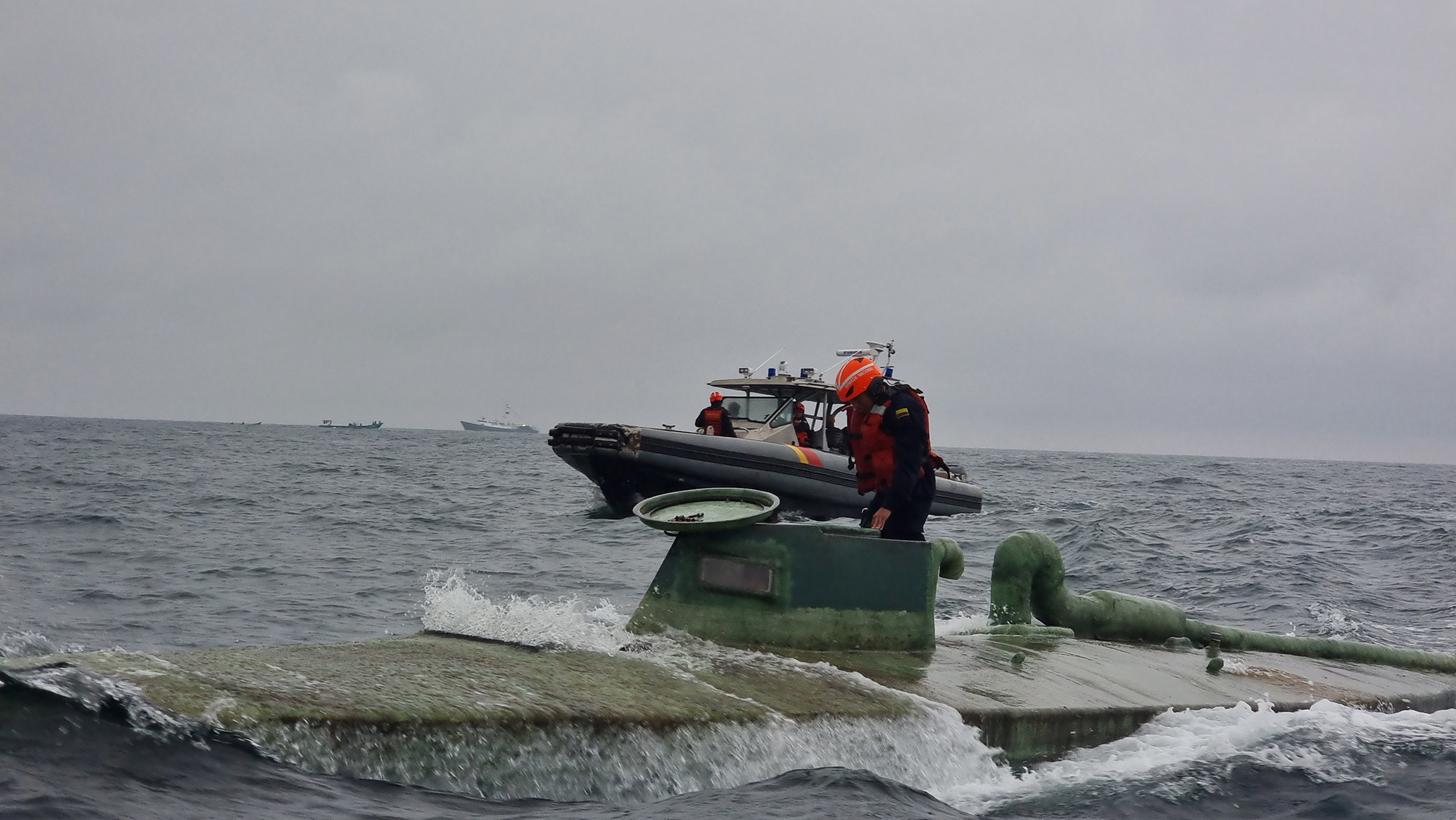 This is the moment a submarine carrying three tons of cocaine worth $108 million is seized in Colombia.

The operation began in the middle of the night after a semi-submersible vessel known as a narco-submarine was detected sailing at the surface of the water 45 nautical miles away from the port city of Tumaco in Colombia.

The bust took place while a Rapid Reaction Unit from the Coast Guard Station of Tumaco was carrying out maritime control and security tasks, according to a statement Zenger News obtained from the Colombian Navy on Sunday, August 28.

After the detention of the vessel was ordered through marine radio calls, a joint operation between the Colombian Air Force, the Colombian Navy and the Attorney General’s Office resulted in the seizure of the vessel transporting 3.1 tons of cocaine hydrochloride through the South Pacific Ocean.

This was after three men aboard the vessel attempted to flee before they were intercepted by marines from the Colombian Navy a few minutes later.

The suspects were then placed in custody. The narcotics were destined for Central America and were worth $108 million on the underground market. The bust has prevented the consumption of nearly eight million doses of cocaine worldwide.

The statement adds: “(This) represents a benefit to global public health, by avoiding the generation of new consumers, mitigating medical emergencies and reducing deaths due to overdose.”

The semi-submersible vessel was transported to the Tumaco Coast Guard Station where it was inspected.
An estimated $900,000 was spent on constructing the narco-submarine which is a type of custom built, self-propelled ocean vessel used by smugglers and drug traffickers.

Some 155 sacks filled with 3,100 rectangular packages along with food and communication equipment were discovered aboard the vessel.

After a Preliminary Identification Test was carried out by Technical Investigation Corps (CTI) from the Attorney General’s Office, it was revealed that the substance found within the packages tested positive for cocaine hydrochloride.

The confiscation of these materials has prevented over $100 million from reaching the hands of an armed organization that appears to have reclaimed the name of ‘Western Bloc Alfonso Cano’ and is led by an individual operating under the alias ‘Allende’.

The Western Bloc Alfonso Cano was led by Colombian resistance fighter Alfonso Cano and was one of the seven units of the Revolutionary Armed Forces of Colombia (FARC), a Marxist-Leninist guerilla organization that supports the redistribution of wealth while rejecting the influence of foreign governments such as the USA, along with multinational enterprises.