“I've had to start wrapping my finances up so my husband isn't burdened with them when I'm gone.”
By Simona Kitanovska August 31, 2022
Facebook
Twitter
Linkedin
Email 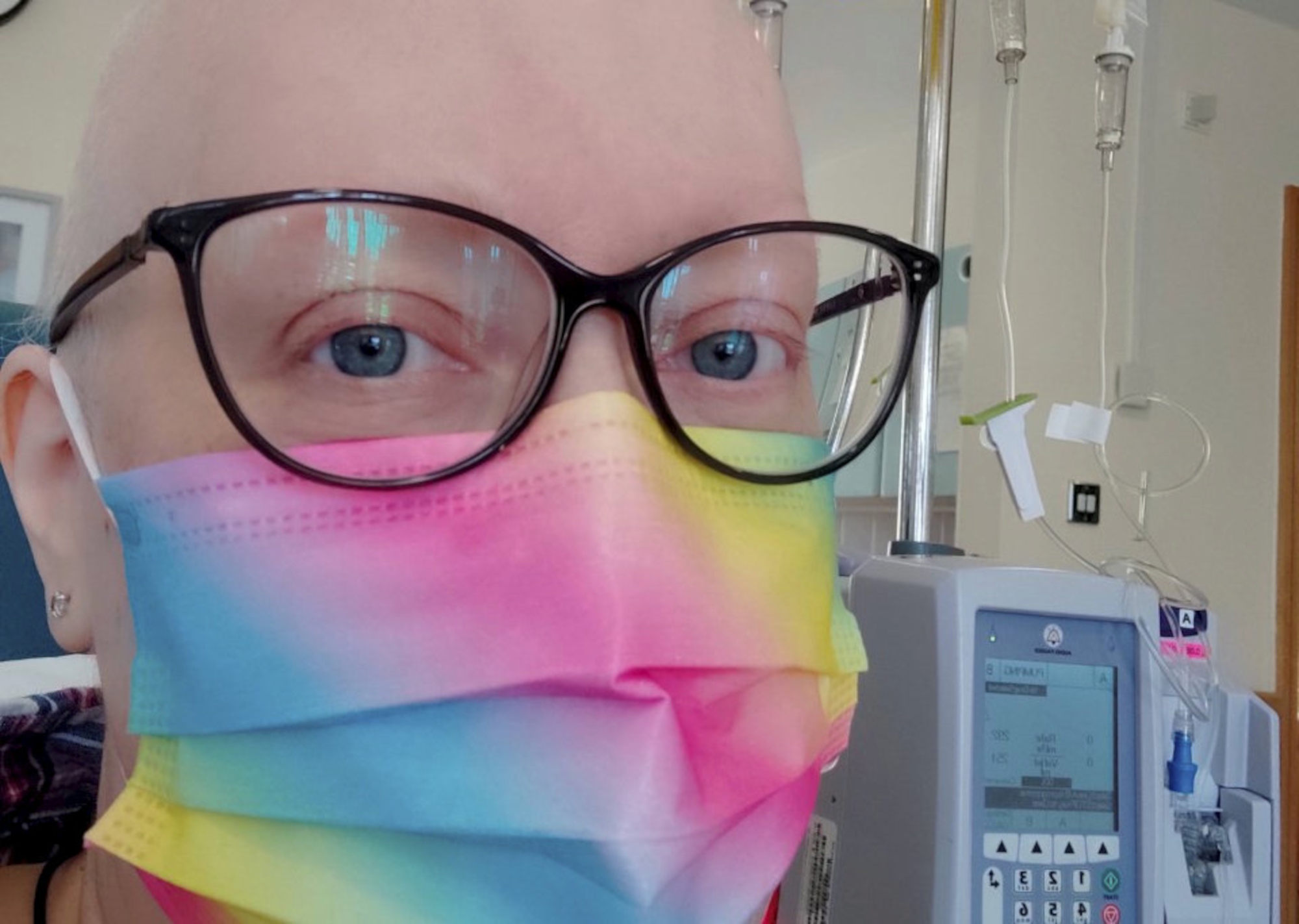 Melanie Finlay undergoing treatment for her stage 4 metastatic cancer, poses in an undated photo. Finlay, who has been given a terminal diagnosis by doctors, says she is now saving for winter fuel bills as well as her own funeral, and says the cold exacerbates pain from bone cancer. (Melanie Finlay,SWNS/Zenger)

A terminally ill mom told how she is now saving for winter fuel bills as well as her own funeral, and says the cold exacerbates pain from bone cancer.

Mom-of-one Melanie Finlay, 48, does not know if she will live to see Christmas after being diagnosed with stage 4 metastatic cancer in March 2021. She was given the all-clear from breast cancer in 2019 but the pain in her bones was dismissed as hormonal in 2020.

Finlay, who worked for Police Scotland until she was signed off sick last year, is now receiving palliative care for cancer in her bones, lungs, hips, knees and bone marrow. She is trying to tie up her finances to make life easier for husband Tom, 43, and is meeting a funeral director next week, expecting it will cost around £3,500 for a no-frills crematorium ceremony, after the couple spent £3,000 on a budget wedding in April.

The family rent a two-bedroom apartment in Inverness, located in the Scottish Highlands, in the U.K. which costs £550 a month and have a pre-paid energy meter, and do most of their food shopping when yellow-label goods will have been discounted, and canceled a Sky subscription, a British TV service.

Their gas and electricity previously came to around £300 a month, but electricity alone is now costing nearly £100 a week, and Finlay is reducing how much she uses her electric wheelchair as a result.

Finlay said: “I’ve been saving up my money over the summer to pay off the funeral, nothing too elaborate. I’ve had to start wrapping my finances up so my husband isn’t burdened with them when I’m gone. We’re on a prepay meter with our gas and electricity so we’re already penalized but we rent the flat so have no choice in that.”

She is currently receiving weekly chemo at the hospital, and pain management through the palliative team at the Highland Hospice.

Finlay, who grew up in the north of England during Thatcherism (a term used to describe principles of the British government under Margaret Thatcher from 1979 to 1990, often compared with Reaganomics in the United States) said she believes the crisis now is worse than in her childhood and said she feels politicians have no interest in resolving it. She hopes to be able to visit family in the Lake District to say goodbye and to give her son, Joseph, seven, happy memories.

Finlay said: “We have got gas central heating but predominantly everything here is electric. Last winter we had the heating on low all the time, if we needed a boost we just turned it up.

“The likelihood of being able to do that this year is pretty slim, I’ve been buying blankets and hot water bottles. Stuff like ‘go into the office’ tips on how to save money won’t work, Tom works from home so he can care for me.

“There’s always going to be somebody in the house. There is this attitude that you just need to ride it out. I grew up in northwest England during the Thatcher years and this is worse.

“I don’t want to die, I want to spend time with my family and to give my child a good Christmas. I don’t want to rely on Universal Credit or PIP but it keeps us going.”

She praised colleagues at Police Scotland for their constant support and for checking in. But she said she was having to make decisions like charging her electrical wheelchair less to save money.

Finlay said: “I have an electrical wheelchair, I don’t use an oxygen machine. I charge that at home, I haven’t been charging it as much as I should be.”

Aspirations she had like visiting New York will no longer be possible due to the finances.

Finlay has not been abroad since 2011 and said the family make do with days out close to home.

She said: “I’m hoping to go and see family in the Lake District before I go, it’s just making sure we’ve got enough money. We don’t have Sky and I canceled subscriptions.

“I am one of thousands of people who are having to make these decisions.”