The images were obtained from the Russian Ministry of Defense (MoD) on Tuesday, August 30.
By Joseph Golder August 31, 2022
Facebook
Twitter
Linkedin
Email 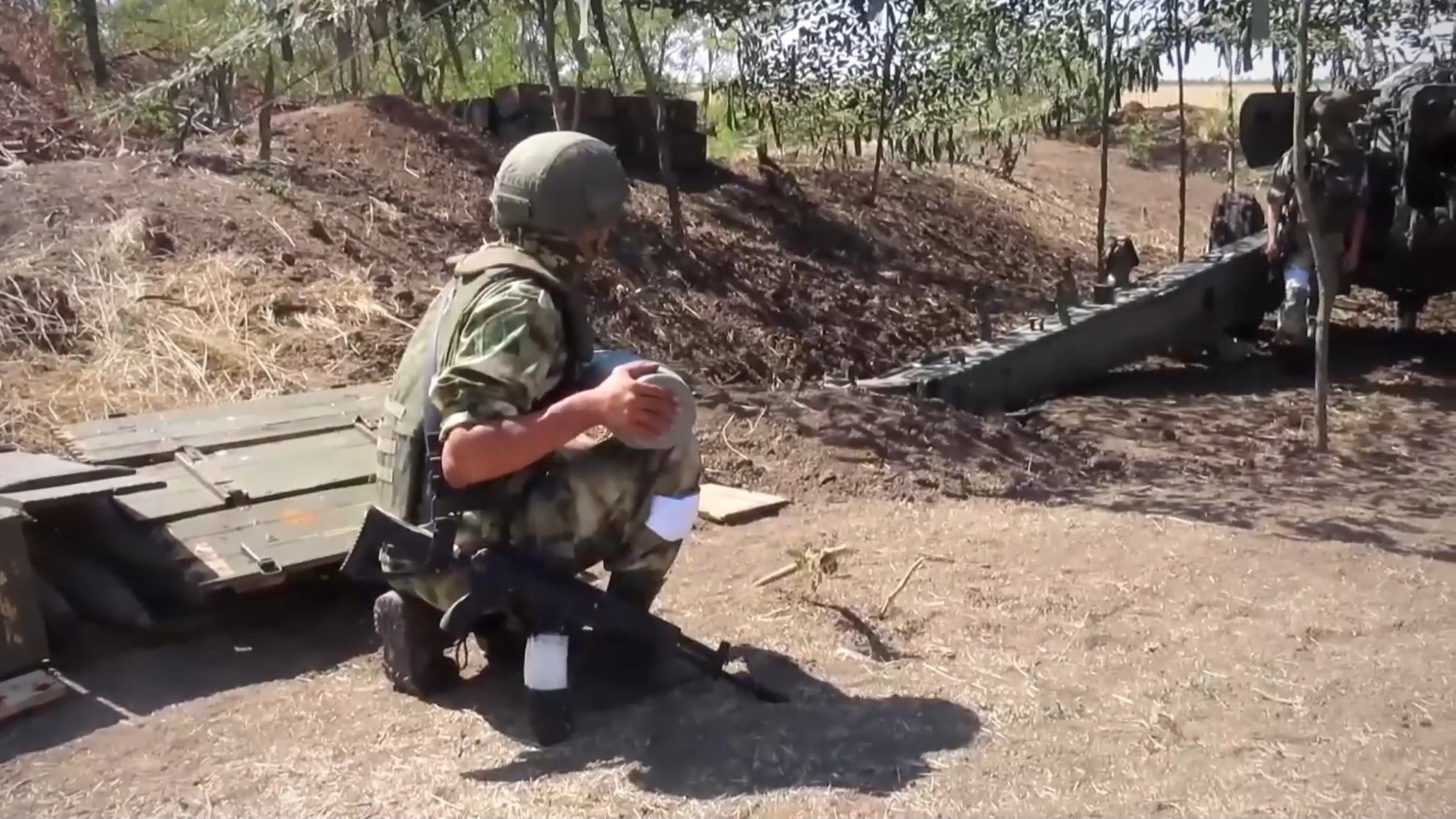 The images were obtained from the Russian Ministry of Defense (MoD) on Tuesday, August 30, along with a statement claiming that the images show Russian “airborne units destroying the positions of Ukrainian nationalists during a special military operation” using a Giatsint-B howitzer.