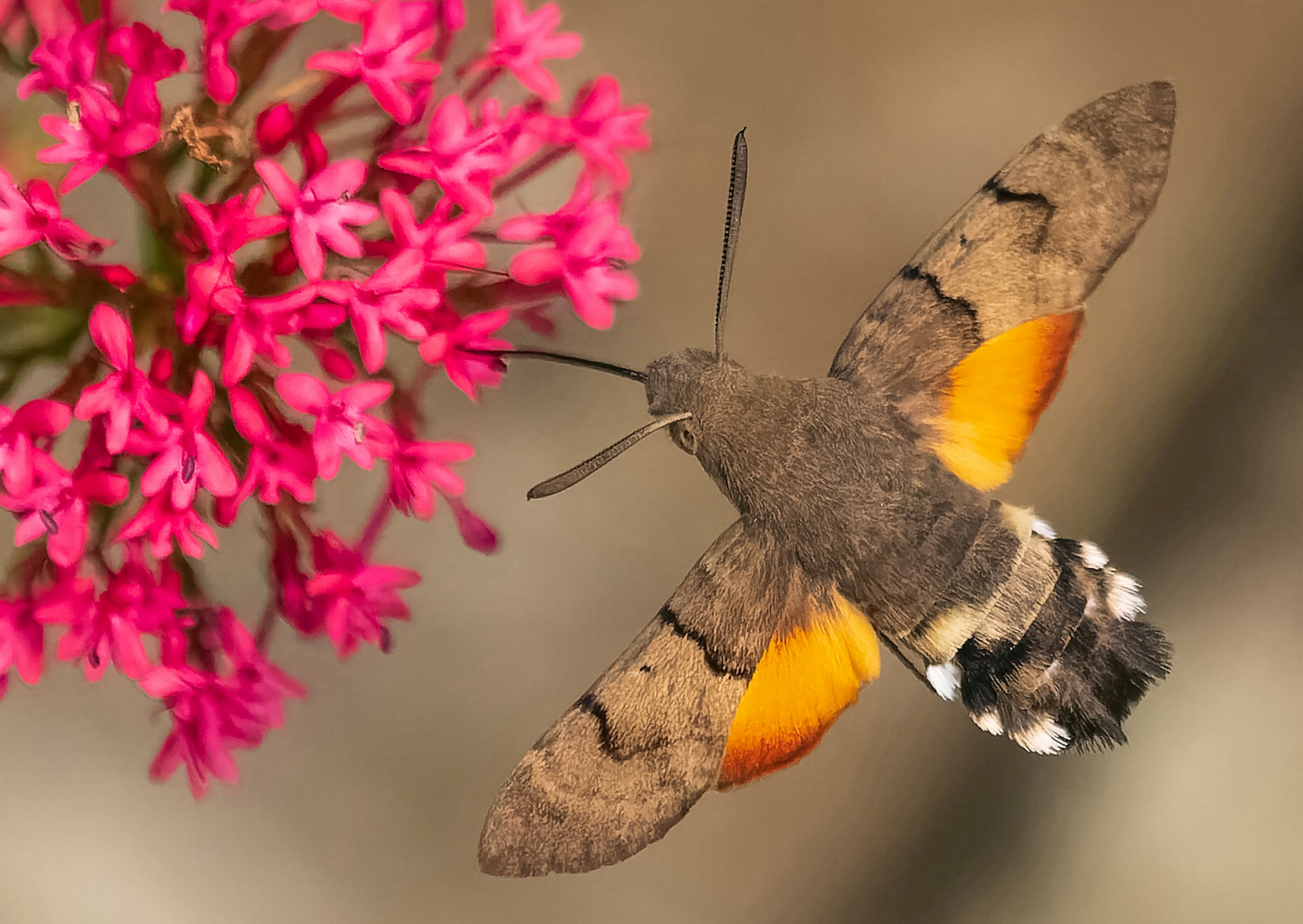 Stunning photos show a rarely seen Hummingbird hawk-moth captured in full flight beating its wings at 80 times a second while feeding from a flower.

Wildlife photographer Andrew Fusek Peters, 58, captured the incredible split-second images of the creature as it gracefully hovered next to Valerian flowers in his garden. The striking moths are usually found in the Americas and southern Europe but are now believed to be breeding in some parts of Britain due to recent warmer weather.

Peters said he had to use a shutter speed of a staggering 1/12,800th of a second in order to capture the creature in such fine detail with its wings fully spread.

The dad-of-one, from Lydbury North, a village located in Shropshire county, in England, in the U.K., said: “It’s the fastest that I’ve ever shot anything at. You don’t need those speeds usually but 80 beats per second is a massively fast wingspan, you can hear it, it actually emits a hum, nothing else does this.

“To freeze the motion took a shutter speed of 1/12800th of a second–even then you can see a little blur at that speed. They’re buzzing around, they literally go from flower to flower buzzing around. They’re not easy to photograph, they only go on your flowers for one or two minutes.

“They have a top speed of 12 miles per hour. They’re quite elusive, they’re not like butterflies where you know where they land.”

Peters photographed the insect feeding on nectar using its long proboscis with his Olympus E-M1 Mark II and says it has taken him four years to get such a shot. He added: “It’s taken four years to finally catch these shots of it with fully spread wings I don’t believe anyone else has shot a picture like this.

“I’ve had a few people say they’ve never seen a shot like it. Thank God my camera is capable, it’s a super speedy camera with quick tracking.

“It’s gone mad on social media, as mad as an insect can go. It’s one of the rare things where climate change has been positive, we’re seeing a lot of them coming over in the warmer weather. They’re suspected to breeding here.

“Because of their 80 beats per second hum a lot of people think that they’ve had a hummingbird in the garden, when it’s just these. Also I’m lucky because Valerians are considered weeds so I’m thankful my wife hasn’t cut them down.”