An electrician who fixed the problem feared that if a child touched the switch it could have killed them.
By Simona Kitanovska August 31, 2022
Facebook
Twitter
Linkedin
Email 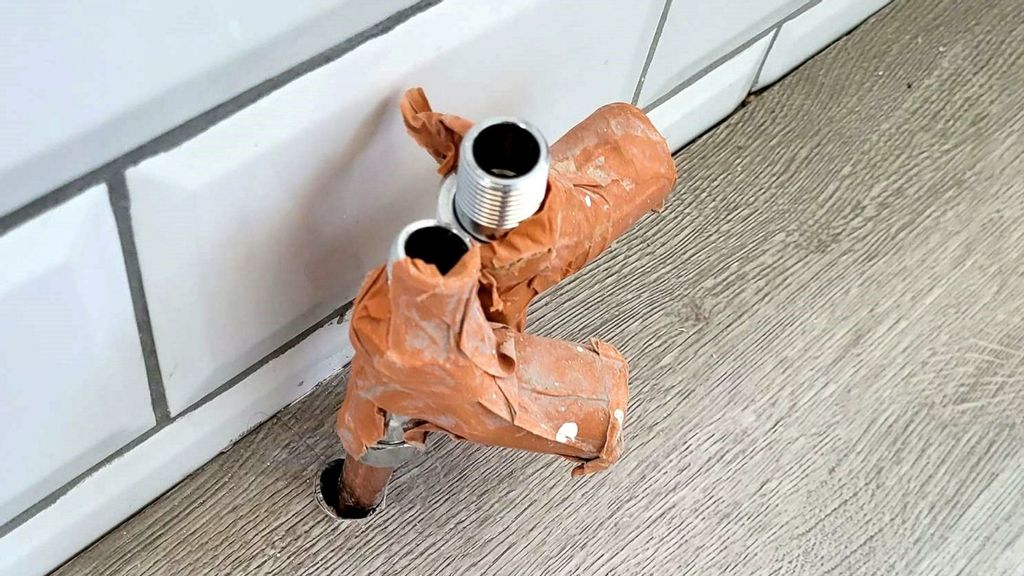 IanYoung's bathroom in his home in Sittingbourne, in the U.K., pictured in an undated photo. The homeowner suffered a potentially deadly 230-volt electric shock from a faulty light switch installed in his botched £7,500 new bathroom. (IanYoungSWNS,/Zenger)

A homeowner suffered a potentially deadly 230-volt electric shock from a faulty light switch installed in his botched £7,500 new bathroom.

Ian Young 52, said he suffered a “hellish” nine weeks after receiving a heart-pounding electric shock in his newly installed bathroom as he tried to get a string of errors fixed. The light switch fault meant surface screws were registering a high electrical current, giving Mr. Young a shock.

An electrician who fixed the problem feared that if a child touched the switch it could have killed them. Mr. Young said the father of the electrician responsible for carrying out the work even drove 50 miles from east London to Mr. Young’s home in Sittingbourne, an industrial town located in Kent, in the U.K., to apologize for his “unqualified” son.

He said a second electrician who came to fix the problems, flagged multiple potentially harmful issues, including live conductors that were not made safe, removed, or correctly terminated–some were still live and could have been touched.

Although Mr. Young splashed out £8,297 on the most expensive bathroom quote he found, he believes his ordeal was cause by Wickes, the U.K.-based home improvement retailer and garden center that he had hired, and their “money-saving tactics”.

Mr. Young said: “The bathroom project installation was well below acceptable workmanship. They’ve not done what we asked–there are wonky tiles, things aren’t level, and the electrics have been badly done.

“There was a damaged wire in the lighting circuit, so because of the unchecked fault, the switch plate surface screws were registering 230 volts when an electrical meter was attached, so it gave me an electric shock when I touched it.

“The shock stunned me and my heart was racing. It went right through my body. The electrician said because it was 230 volts, if a child had touched the switch then it would have killed them.”

Though he admitted some of the faults picked up by the second electrician were pre-existing, they were not identified by the Wickes electrician before they began the job.

Mr. Young added: “Right from the start I knew something wasn’t right, and by the final stages, everything just looked awful. They’ve given us about a grand back, because we had to buy our own toilet system as they didn’t have it in stock.

“I also had to buy tiles on top of the quote price, which were an extra £309. The emergency electrician said that he’d never seen anything like it. Wickes came back to me and said I should have paid more if I wanted the floor leveled, but that’s one of the things they’d agreed to do. They did offer to change the door, only up to £100.

“There’s been no recognition of the electric shock from Wickes. The shower has been unusable for seven weeks, luckily we have another one in the house.”

The new building project took a terrible turn when Mr. Young and his wife were left with one less shower, a call to an emergency electrician to fix some of the work, and a long wait to rip out the botched bathroom and start again.

Mr. Young claimed Wickes have since told him he may have to wait until 2023 for someone to fix the job.

He added: “I wish they would just rectify it. When I did eventually get through to Wickes, I got told someone high up would give me a callback, but all I got was a generic email and no phone call. The bathroom needs ripping out and starting from scratch, and I’ve got my solicitor on hold.”

Wickes apologized and offered a full refund for the electrical work, but Mr. Young said he has not yet received any payment.

A spokesman for Wickes said: “We are extremely sorry to learn about Mr. Young’s recent experience and have fully refunded all costs paid to the Wickes installer regarding the electrical work. We arranged for our regional installation manager to visit Mr. Young’s property to fully review the installation and discuss further concerns.

“Following this visit, we will work with Mr. Young to ensure that any issues are rectified as soon as possible and to discuss compensation for the damage that has been caused.”