All Teeth Come From Single Ancient Sea Predator, According To New Study

It backs the 'outside in' idea that states that scales migrated into the mouths of ancient vertebrates.
By Simona Kitanovska August 31, 2022
Facebook
Twitter
Linkedin
Email 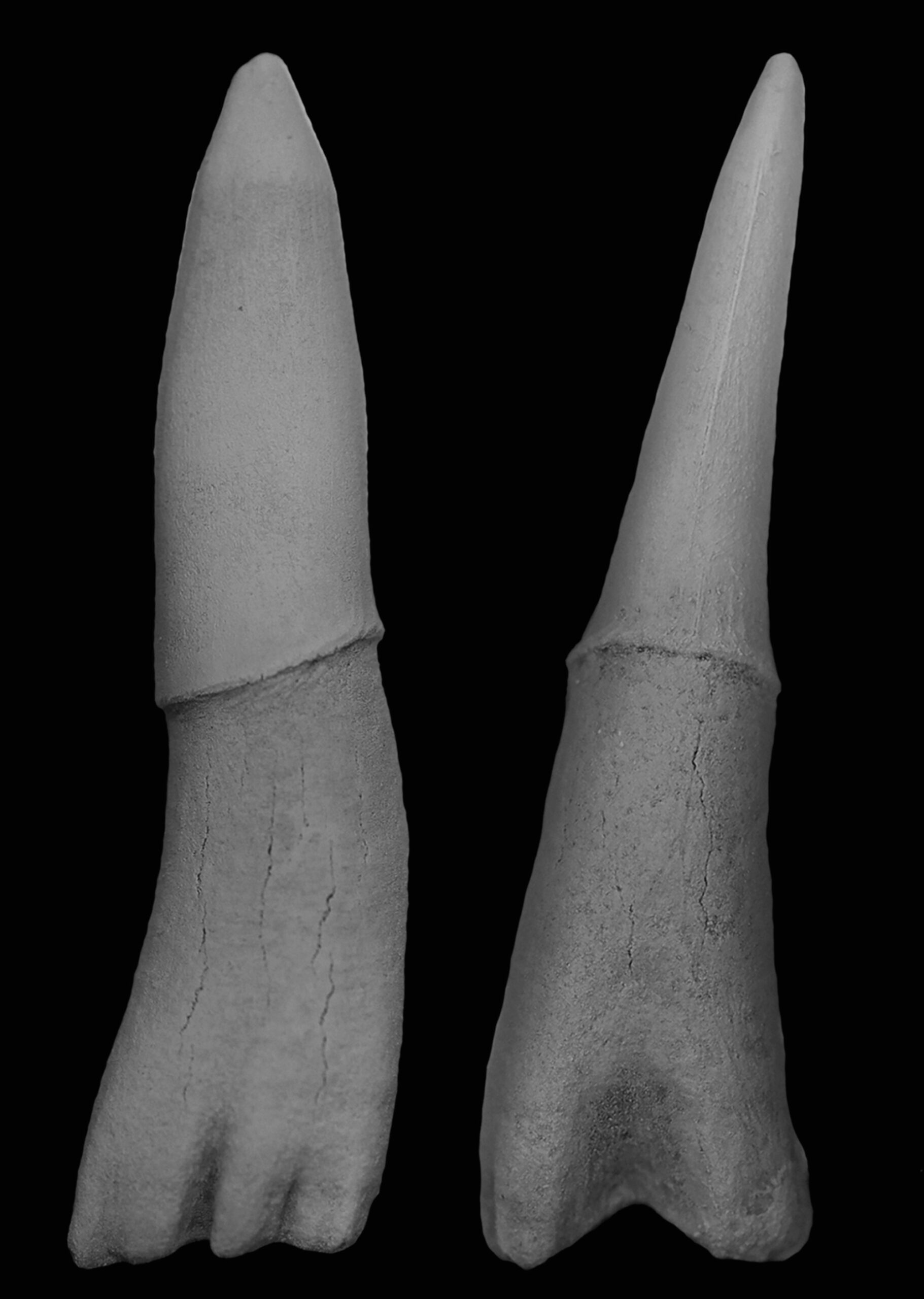 A rostral denticle of Ischyrhiza mia, a species belonging to an extinct group of sawfishes that lived in North American waters during the late Cretaceous period, around 100 to 65 million years ago, pictured in an undated photo. Teeth likely originated in an armored ray that swam the oceans 100 million years ago, according to new research, carried out by a scientific team at Penn State University in the U.S. (Jon Mills, SWNS/Zenger)

All teeth evolved from a single ancient sea predator, according to a new study.

The study explains how certain species evolved to grow teeth by pinpointing their likely origin in an armored ray that swam the oceans 100 million years ago.

They evolved from jagged spikes along the snout of the primitive sea predator named Ischyrhiza mira. Known as rostral denticles, they helped the beast forage–and fight off bigger fish. The finding is based on an analysis of fossils.

The study was published in the peer-reviewed academic journal, the Journal of Anatomy, in its September issue, under the title ‘Complex enameloid microstructure of Ischyrhiza mira rostral denticles‘. The study was authored by Todd D. Cook, Jack Prothero, Michael Brudy and Jerome A. Magraw.

It backs the ‘outside in’ idea that states that scales migrated into the mouths of ancient vertebrates–and became adapted for eating. The alternative ‘inside out’ theory suggests teeth developed independently within the oral cavity–and ultimately mounting onto jaws.

Lead author Professor Todd Cook, a paleontologist at Penn State University in the U.S., explained: “Rostral denticles are believed to be modified scales because of their location on the elongated snout. They have an external morphology and developmental pattern that is similar to scales.”

They are made of an enamel-like tissue. Human teeth are composed of multiple layers of hard enamel, dentin and cementum and softer pulp. Just like with scales, for a new rostral denticle to form an old one must first fall off and make a space available.

The origins of teeth have been debated for centuries. Prof. Cook and colleagues believe they have settled it–serendipitously. Ischyrhiza mira had a large mouth and nose–and closely resembled a modern-day sawfish.

It reached up to eight feet long and belonged to an extinct group wiped out by the asteroid strike that killed off the dinosaurs. Remains have been found all over the world–from the U.S., Canada, and Mexico to Uzbekistan, Japan, Nigeria and South America.

The researchers were studying the tissue of rostral denticles when Prof. Cook noted sawfishes like Ischyrhiza mira belong to the same group as skates and rays–and are closely related to sharks. They examined specimens that had previously been recovered from a rock formation in New Jersey.

To examine the internal microstructure of the fossil rostral denticles, they sliced the samples across the width and length. Next, they used a scanning electron microscope to study the histology–or microscopic anatomy.

Prof. Cook said: “Surprisingly, Ischyrhiza mira’s rostral denticle enameloid was anything but simple. It was considerably more complex than the enameloid of body scales In fact, the overall organization of the enameloid in this ancient sawfish resembled that of modern shark tooth enameloid, which has been well characterized.”

Both Ischyrhiza mira rostral denticles and modern shark teeth have an enameloid covering that largely consists of fluorapatite microcrystals packed together into distinct bundles, the professor had explained.

Finally, passing through these layers is the “radial bundled enameloid,” which is composed of packed microcrystals oriented perpendicular to the tooth surface. In terms of function, having bundles of microcrystals arranged in various orientations enables shark teeth to resist the mechanical stresses associated with feeding.

Prof. Cook said: “It is likely the bundled microcrystal arrangement of the enameloid of Ischyrhiza mira’s rostral denticles also served as a way to withstand mechanical forces.”

But the most surprising and important outcome is the study’s contribution to the long-standing mystery regarding the origin of teeth. Prof. Cook added: “This finding provides direct evidence supporting the ‘outside-in’ hypothesis, as it shows scales have the capacity to evolve a complex tooth-like enameloid outside of the mouth.

“It is more parsimonious to suggest scales produced a similar bundled microstructure in teeth and rostral denticles than to conclude that both these structures evolved a similar enameloid independently.”

Sawfish, also known as carpenter sharks, are a family of rays characterized by a long, narrow, flattened rostrum, or nose extension. They are lined with sharp teeth arranged in a way that resembles a saw. Today, they are among the largest fish with some species reaching lengths of 25 feet.