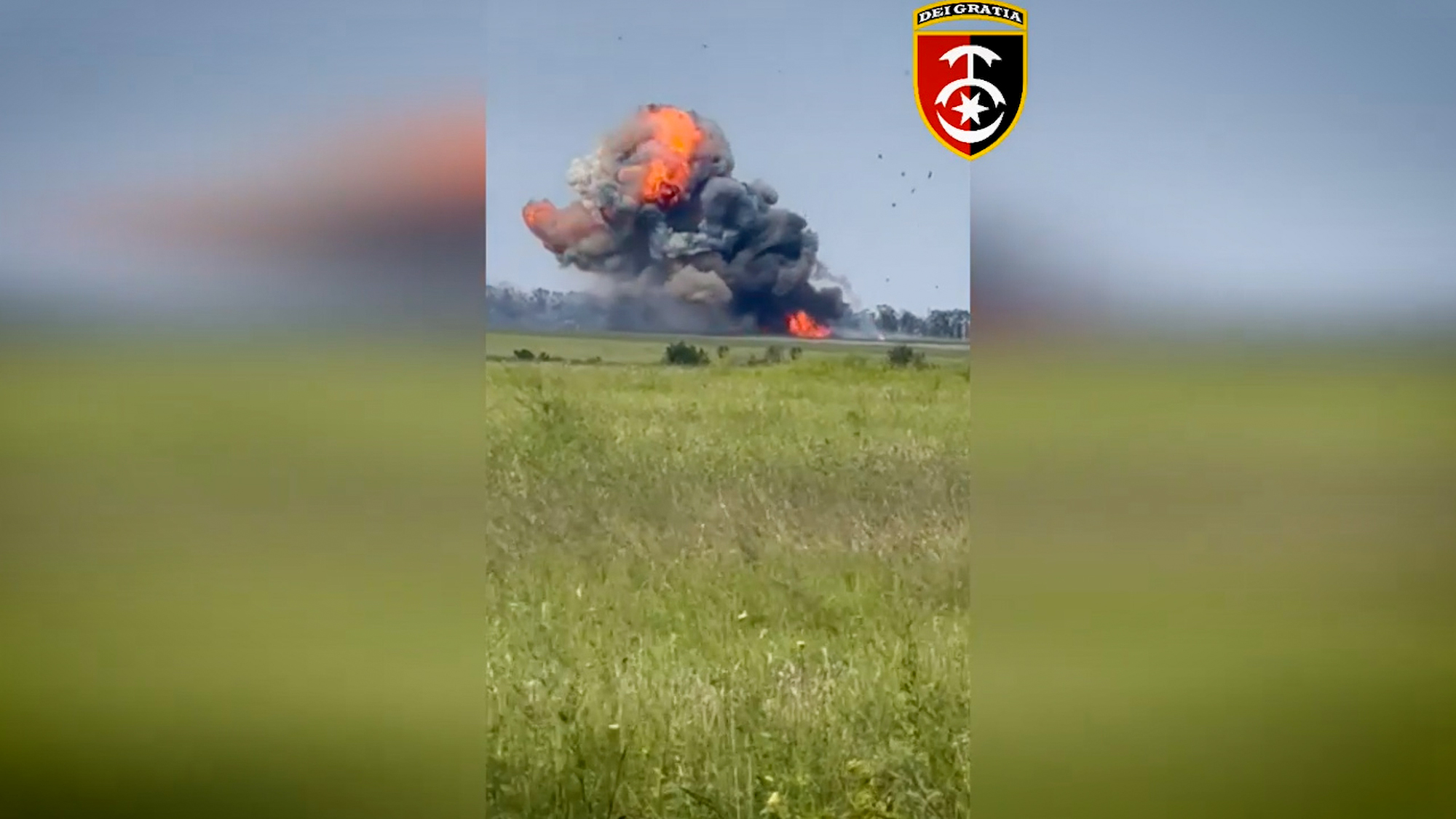 Russian tank explodes after being hit by Javelin rocket from the soldiers of the 30th Separate Mechanized Brigade in Ukraine in undated footage. The FGM-148 Javelin, or Advanced Anti-Tank Weapon System-Medium is an American-made portable anti-tank missile system in service since 1996, and continuously upgraded.  (@30brigade/Zenger)

This footage shows Ukrainian troops blowing a Russian tank to smithereens with an American-made Javelin anti-tank guided missile on the eastern front.

The images show a massive explosion as the Russian tank is blown to pieces, with a huge fireball erupted in black smoke gushing into the sky before images that have been captured by a drone show the remains of the Russian tank, reduced to a smoldering wreck.

The images were obtained from the 30th Mechanized Brigade of the Ukrainian Ground Forces, which is also known as the 30th Separate Mechanized Brigade named after Prince Konstantin Ostrozhsky, on Friday, August 26, along with a statement saying: “An enemy tank is on fire. And I like how it burns.”

Zenger News contacted the head of the public relations service of the Ground Forces Command of the Armed Forces of Ukraine, Major Fityo Volodymyr, who confirmed that the footage was authentic and that the information was accurate. Major Fityo told Zenger  News that the images had been shot on Ukraine’s eastern front.