The footage was obtained from the Armed Forces of Ukraine, on Monday, August 29
By Joseph Golder August 30, 2022
Facebook
Twitter
Linkedin
Email 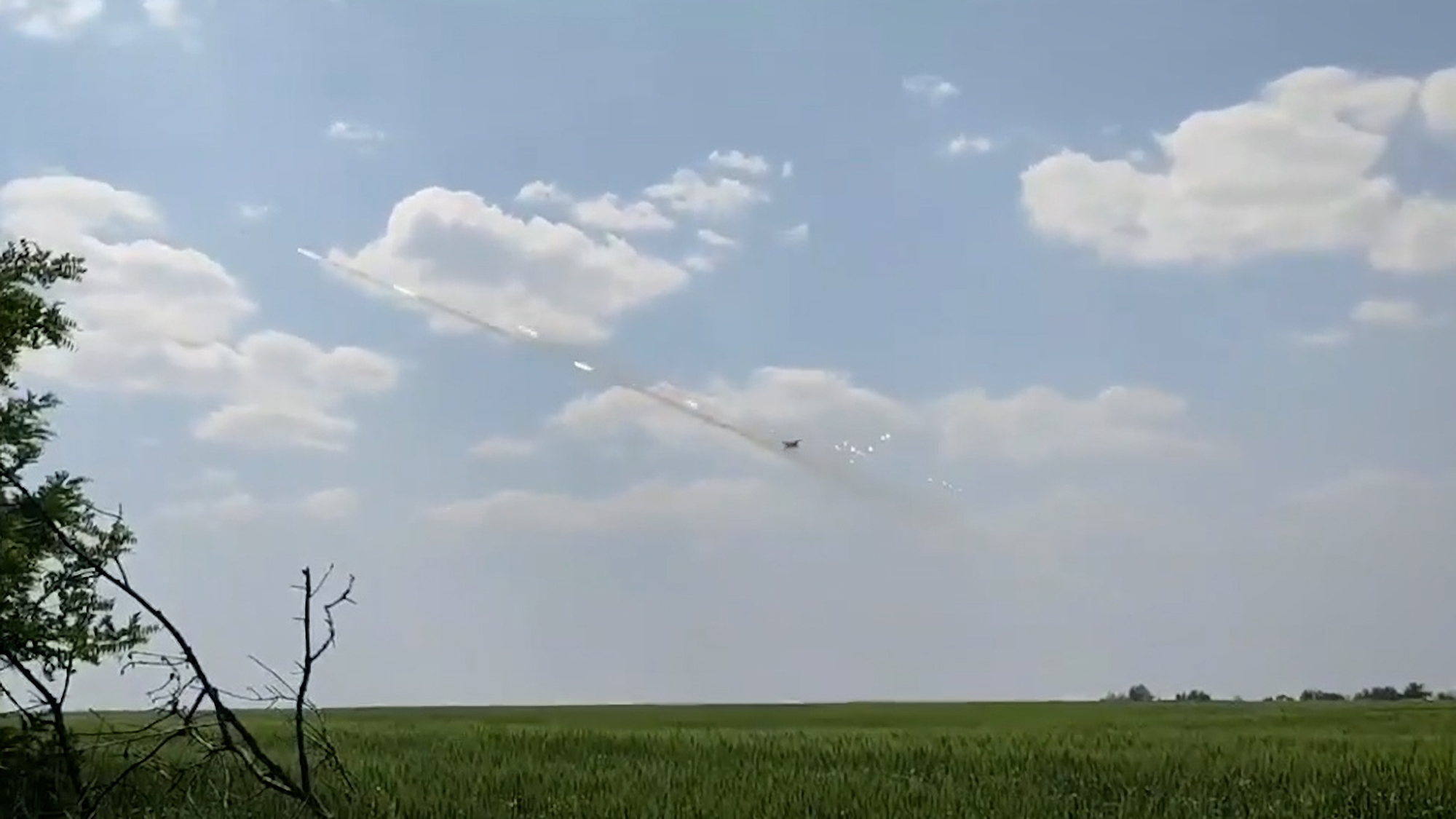 This footage shows Ukrainian fighter jets firing missiles at unseen targets while flying low and protecting their skies from the enemy.

The images show one jet flying by and firing its ordnance before a second Ukrainian fighter jet flies along behind it and also unleashes its weaponry.

The impressive display of military strength was obtained from the Armed Forces of Ukraine, on Monday, August 29, along with a statement saying: “Spectacular video of the operation of our Su-25 ‘Grach’ attack aircraft at ultra-low altitudes. Glory to Ukraine and its soldiers. Death to the enemies.”

The Su-25 ‘Grach’ was first developed by the Soviet Union nearly 50 years ago. They are also used by the Ukrainian Air Force.