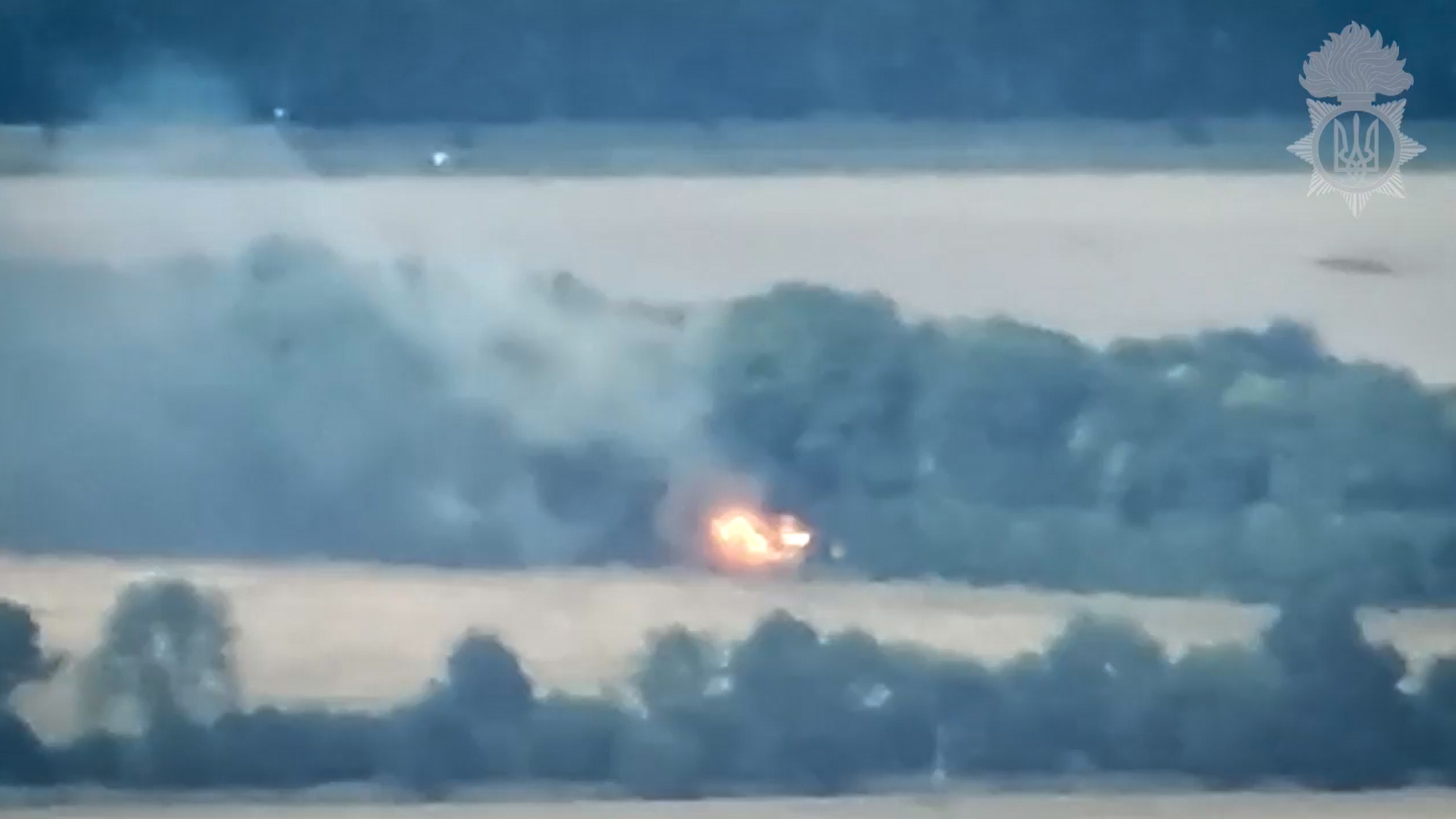 Russian SAU 2S19 Msta-C burns after being hit by the Ukrainian defence forces in the Kharkiv region in Ukraine in undated footage. The 2S19 Msta is a 152.4 mm self-propelled howitzer designed by the Soviet Union, which entered service in 1989 as the successor to the 2S3 Akatsiya. (@ngu.east/Zenger)

This footage purports to show how Ukrainian artillery took out a Russian 2S19 Msta-S self-propelled howitzer in a precision strike in eastern Ukraine.

The footage shows how the howitzer billows smoke and erupts into flames after being hit before it bursts into pieces in a huge explosion moments later. The self-propelled howitzer had been hiding in a tree line in northern Kharkiv Oblast but was spotted by a Ukrainian drone.

Zenger News obtained the footage from the Eastern Operational-Territorial Command of the National Guard of Ukraine, the country’s national gendarmerie and internal military force, on August 29.

“Together with the artillery installation, the ‘gesture of goodwill’ was carried out by ammunition together with personnel from the Russian occupation forces. It happened in the north of Kharkiv Oblast, near Ukraine’s state border with the occupying country.

“This is the result of joint work by the artillery reconnaissance of the National Guard and the artillery calculation of one of the brigades of the Armed Forces of Ukraine. Guardsmen and SSO [Special Operations Forces] representatives scouted the target with the help of a UAV [unmanned aerial vehicle], adjusted fire and verified the results.

“Artillerymen from the Armed Forces inflicted precise and filigree fire damage on the enemy self-propelled guns. The enemy will be defeated! Ukraine will win!”

Zenger News contacted the Eastern Operational-Territorial Command for further comment, as well as the Russian Ministry of Defense, but had not received a reply at the time of writing.