Ukrainian Major Fityo Volodymyr confirmed that the footage was authentic and that the information was accurate.
By Joseph Golder August 30, 2022
Facebook
Twitter
Linkedin
Email 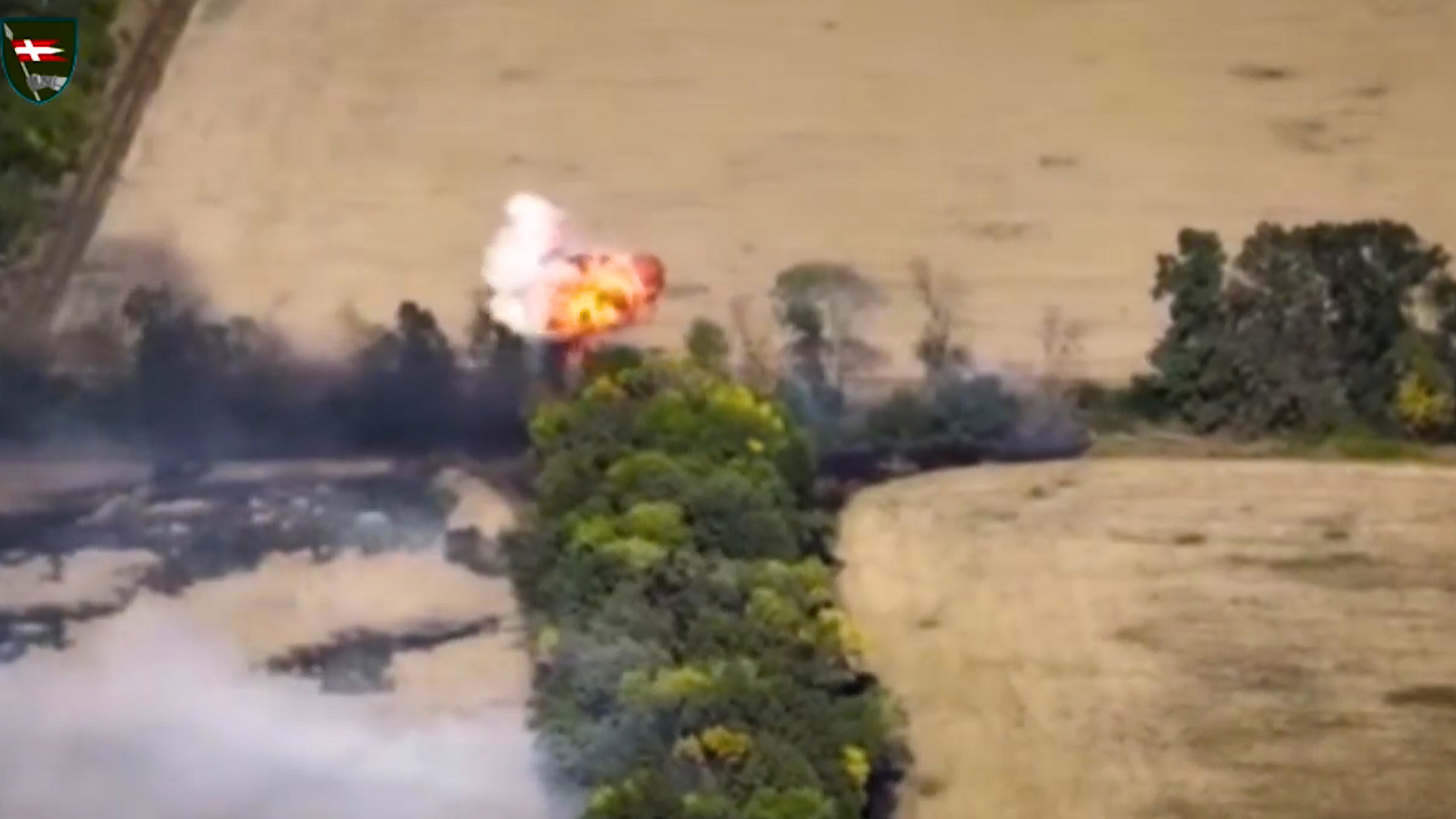 This footage shows a Russian tank being destroyed by Ukrainian artillery gunners from the 14th Separate Mechanized Brigade who paid tribute to their fallen comrades today, which marks the Day of Remembrance of the Defenders of Ukraine.

The images show the Russian tank exploding as a thunderous sound can be heard, with black smoke rising into the air. Images, shot from a drone, then show the burning wreckage of a Russian tank.

The images were obtained from the 14th Separate Mechanized Brigade of the Ukrainian Ground Forces, also known as the 14th Mechanized Brigade named after Prince Roman the Great, on Monday, August 29, along with a statement saying: “Today is the Day of Remembrance of the Defenders of Ukraine who died in the struggle for the independence, sovereignty and territorial integrity of our country…

“We remember everyone… We will take revenge for everyone… Every shot of our artillery is for destruction! One shot – one enemy tankless. We will win – in memory of you, brothers… For the sake of your and our children!

“Death to the enemies! Bright memory for the Heroes!”

The images were also relayed by the General Staff of the Armed Forces of Ukraine, along with a statement saying: “The warriors will continue their work.”

August 29 marks the Day of Remembrance of the Defenders of Ukraine. The date was picked in honor of the country’s soldiers who died at the Battle of Ilovaisk in the Donbas in 2014.

Ukrainian soldiers were impeded from withdrawing from Ilovaisk after having taken the city from pro-Russian forces (now the pro-Russian, so-called Donetsk People’s Republic) before eventually being encircled by a combination of Russian troops and pro-Russian forces.

Numerous Ukrainian soldiers died, despite the Ukrainian commander, Yuriy Bereza, having reportedly reached an agreement with the Russian commanders to allow them to leave. Russian President Vladimir Putin also reportedly said that Russian-controlled groups would organize a humanitarian corridor for them.

But the agreement was not honored. The militants and the Russian military fired on the corridor of Ukrainian soldiers. According to Ukrainian figures, 366 soldiers died near Ilovaisk and 429 were injured.