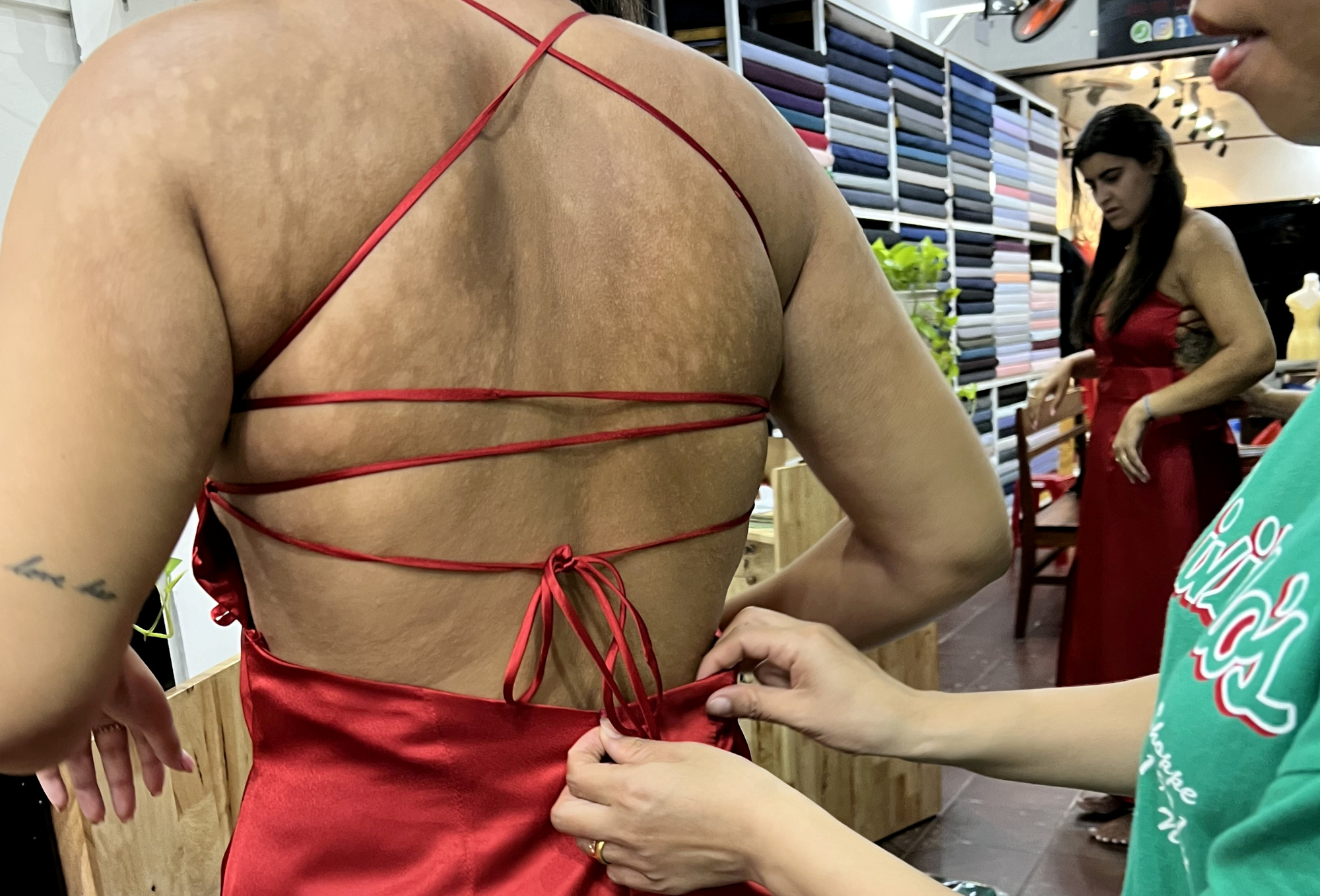 Rosie Breen,25, showing her infection on the back in an undated photo. Breen was shocked to discover what she thought was eczema was actually a fungal infection after a stranger on TikTok encouraged her to get a mark on her back checked out.(Courtesy of Rosie Breen,SWNS/Zenger)

A woman was shocked to discover that what she thought was an eczema flare-up was actually a fungal infection after a stranger on TikTok encouraged her to get a mark on her back checked out.

Rosie Breen, 25, was surprised when she spotted a comment from a follower on TikTok telling her to go the doctor to get a mark on her back looked at. Breen–who has suffered with eczema since she was a child–thought it had just been a flare-up of her skin condition and hadn’t paid any attention to it.

But a trip to the doctor confirmed she had Tinea Versicolor–a common fungal infection of the skin–which can be easily treated with an over-the-counter antifungal lotion, cream or shampoo. Although it was nothing to worry about, Breen is thankful the stranger spotted it straight away.

Breen, an influencer, from Winchester, a cathedral city located in Hampshire county, in the U.K., said: “I’m so thankful a stranger on TikTok spotted the mark on my back and told me to get it checked out. I was just revealing my back in a video to show I was body positive about my eczema.

“I noticed a stranger’s comment telling me it looks like a fungal infection, and it might be a good idea to get it checked. Fortunately, it’s nothing to worry about but I’m amazed she spotted it. I had just thought it was my eczema so never would have thought to get it looked at.”

Breen gets eczema flare-ups on her back, arms, neck and face, but treats them with prescribed creams.

“They can be a bit inconvenient and be red and inflamed after I have been to the gym, but it doesn’t hold me back. I post about it on my TikTok and Instagram and like to encourage body positivity. I posted a video showing off a top I used to never wear when I was self-conscious of my back and noticed the comment,” she said.

The follower commented saying: ‘It looks like you have Tinea Versicolor on your back, it’s not harmful but it’s skin fungus that cause the spots, might want to get it checked.’

“I didn’t realize it was anything but eczema so I soon as I saw the comment, I knew to get it checked out,” Breen said.

“Sure enough it was the fungal infection she thought it was. Now I’m just waiting for a prescription to treat it.

“It’s amazing that she clocked and although it wasn’t anything serious, I’m so glad she said something. I thanked her on TikTok for spotting it. It still amazes me that she did.”