The images were obtained from the Russian Ministry of Defense on Monday, August 29.
By Joseph Golder August 30, 2022
Facebook
Twitter
Linkedin
Email 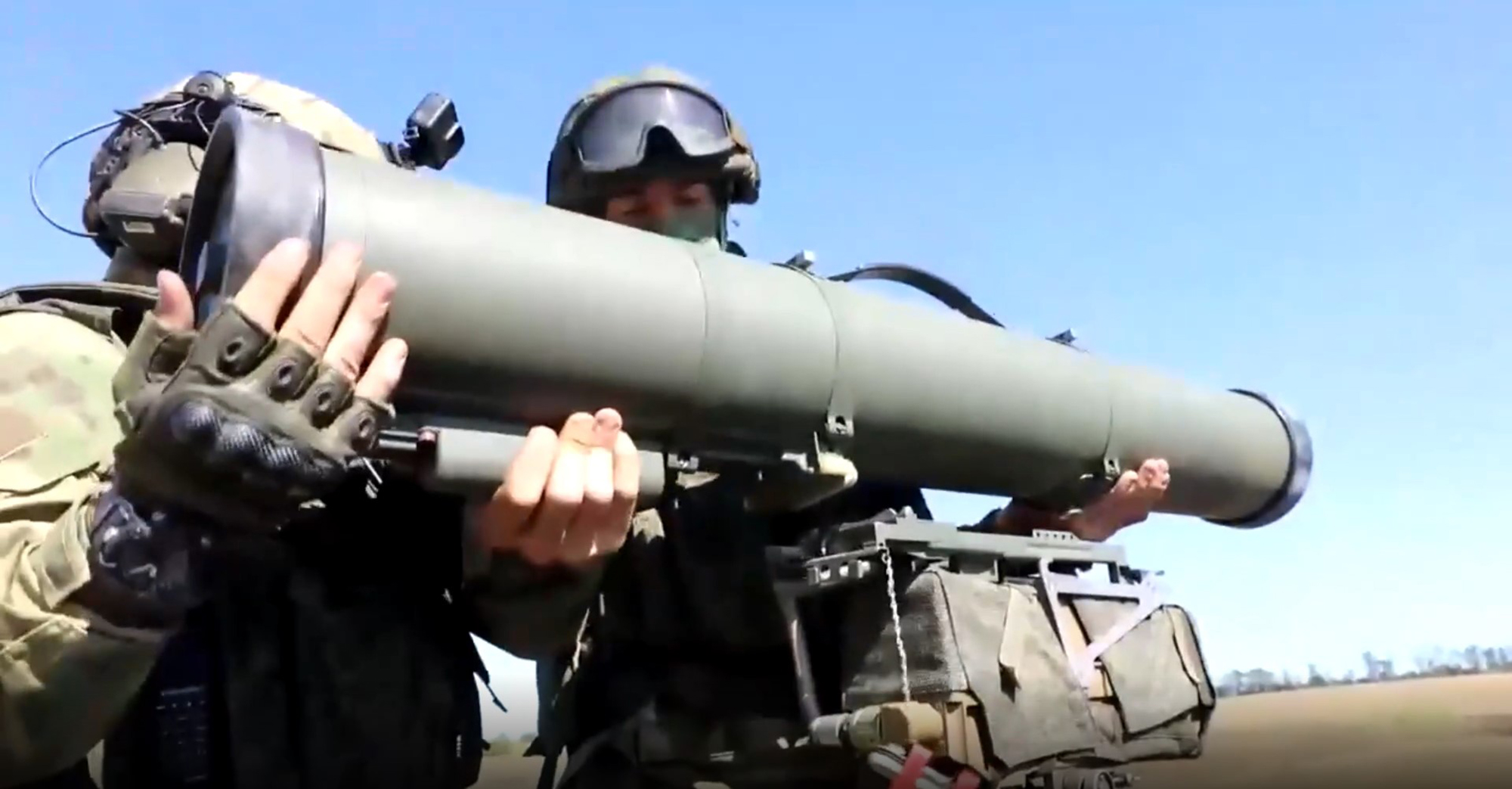 This footage purports to show a Russian ‘Cornet’ anti-tank guided missile system in action in Ukraine.

The video begins with Russian soldiers loading the weaponry onto a pickup truck before they are seen traveling along a dirt track. They then disembark from the pickup truck which, can be seen sporting the now infamous ‘Z’ symbol, and set up their weapon system.

The ‘Z’ is one of the symbols, as well as the letters ‘V’ and ‘O’ that can be seen painted on Russian military vehicles taking part in the invasion of Ukraine. After calibrating their sites, the video allegedly shows the Russian soldiers opening fire on unseen Ukrainian positions somewhere in Ukraine.

The images then show a number of anti-tank guided missiles being fired in what appears to be a montage showing different locations and soldiers. The video then shows what appears to be the positions of Ukrainian soldiers being hit with troops ducking for cover in a shallow trench as the footage ends.

The images were obtained from the Russian Ministry of Defense on Monday, August 29, along with a statement claiming that the images show the “calculations of anti-tank missile systems (ATGM) ‘Cornet’ of the Western Military District hit the strongholds of the Armed Forces of Ukraine during a special military operation.

“The calculation of an unmanned aerial vehicle (UAV) detected the presence of camouflaged armored vehicles of the Armed Forces of Ukraine.

“Crews of ‘Cornet’ anti-tank missile systems of the Western Military District advanced to a combat mission near the front line of the enemy’s defense. The task of the mobile group was to defeat the platoon stronghold, which was fortified in the area of &ZeroWidthSpace;&ZeroWidthSpace;dense forest plantation.

“Artillery crews used the tactics of wandering guns. To do this, they used mobile highly passable pickups. This allows the enemy to move almost silently to the location, take up positions, and in a matter of minutes conduct an accurate controlled shot before retreating to cover.

“During the battle, according to the received coordinates, the crews of anti-tank missile systems destroyed the firing positions of the Armed Forces of Ukraine, armored objects, long-term firing points and other engineering structures. The result of the defeat was recorded by means of objective control of the UAV.