Russia Claims To Have Captured Village In Mykolaiv Region

The footage was obtained from the Russian Ministry of Defense on Monday, August 29.
By Joseph Golder August 30, 2022
Facebook
Twitter
Linkedin
Email 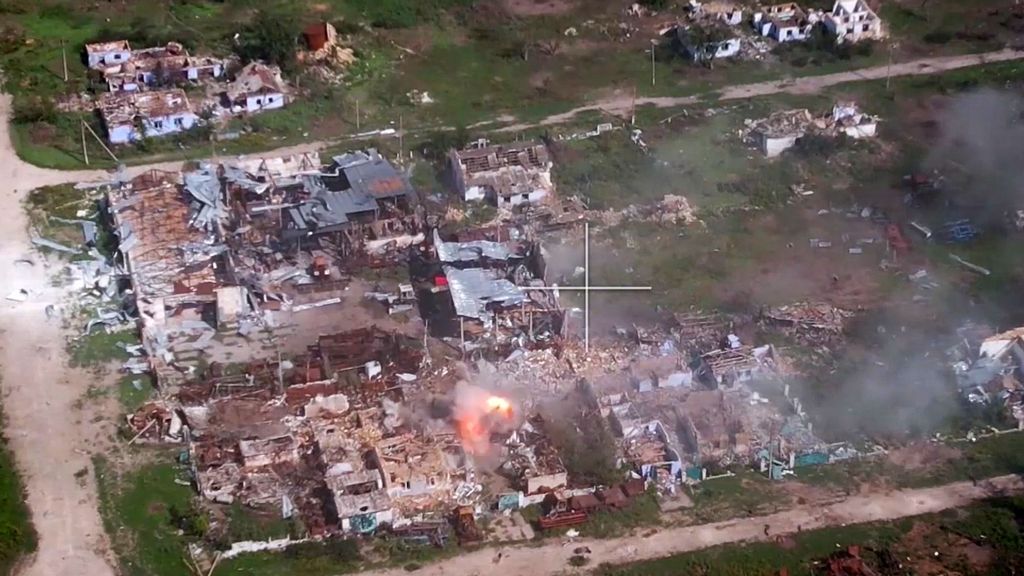 Russia has claimed to have captured the village of Blagodatnoye in the Mykolaiv region of southern Ukraine.

The footage purports to show Russian forces attacking Ukrainian positions in the village, with Russia now declaring victory there. Russian soldiers can allegedly be seen firing artillery, rockets and heavy machine guns at the village before a Russian tank, along with Russian troops, are seen apparently storming the settlement.

The Russian Ministry of Defense claimed in a statement obtained on Monday, August 29 that the images show “the liberation by assault detachments of the Airborne Troops of the village of Blagodatnoye in the Nikolaev region from units of the Armed Forces of Ukraine.”

‘Nikolaev’ is the Russian name for ‘Mykolaiv’.

The Russian statement also claimed: “The enemy offered fierce resistance, but thanks to the coordinated actions of the assault groups, the courage and courage of our paratroopers, the settlement was taken as soon as possible.”