The findings were made at the Abric Romani archaeological site in the town of Cappellades in the city of Barcelona in Catalonia.
By Alice Amelia Thomas August 30, 2022
Facebook
Twitter
Linkedin
Email 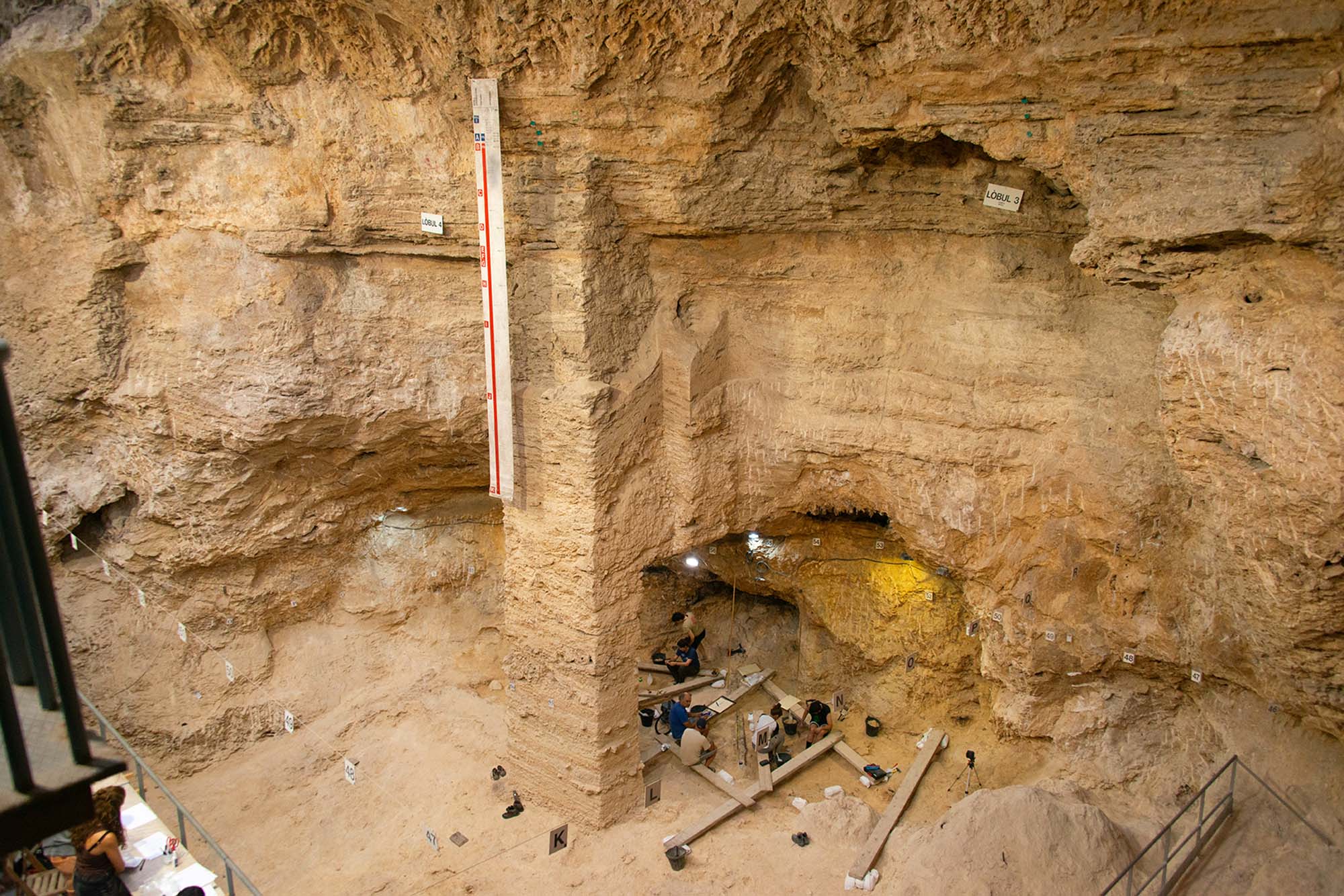 Picture shows the Abric Romani site in Capellades, Spain, undated. The excavation has revealed this 60,000-year-old Neanderthal camp, specialized in deer hunting, and partial remains of a Neanderthal.  (IPHES-CERCA/Zenger)

A newly unearthed Neanderthal skull has revealed how our ancient cousins could have been around for thousands of years longer than we think, say experts.

The findings were made at the Abric Romani archaeological site in the town of Cappellades in the city of Barcelona in Catalonia, Spain on August 19. This has led researchers to conclude that Neanderthals lived in the region for a much longer period of time than was previously imagined.

The remains of the skull were found after 40 years of continuous research at the site by a team led by Eudald Carbonell, a researcher at the Catalonian Institute for Human Palaeoecology and Social Evolution and professor of Prehistory at the Rovira and Virgili University of Tarragona in Spain.

The team announced the “exceptional find” in a Twitter post on August 25. According to the researchers: “(This places Abric Romani on the) podium of the most important archaeological sites in the world to learn about the social and cultural behavior of Neanderthals.”

The discovery will also allow a deeper study into the hominids’ cultural and social behavior and is the first find of this kind at the site. Until now, Neanderthal remains had been found in only two sites in Catalonia: an old quarry in the Pla de la Formiga, near Banyoles, and in the Cova del Gegant, in Sitges.

Those remains are dated to 72,000 years ago, but the skull remains are said to be 12,000 years younger. It indicates, believe experts, that Neanderthals were thriving in Europe for much longer than previously thought.

During a presentation of the skull remains attended by the Catalonian minister of culture and various experts in the field, Carbonell stated that the finds can provide new information on Neanderthals’ manner of communicating with each other.

“Each bone tells us something new. It is a Pandora’s box,” Carbonell said.

“We hope that they are not the last, but the first,” he concluded.

The team’s aim is to determine the age and sex of the person the skull belonged to while searching for more bones during the excavation. The discovery coincides with the 40th anniversary of the excavations carried out in the Abric Romani, a large rock shelter found at the side of a cliff called Cinglera del Capello.

The site was discovered in 1909 and dates back to the middle Paleolithic, making it the oldest archaeological site in Catalonia.