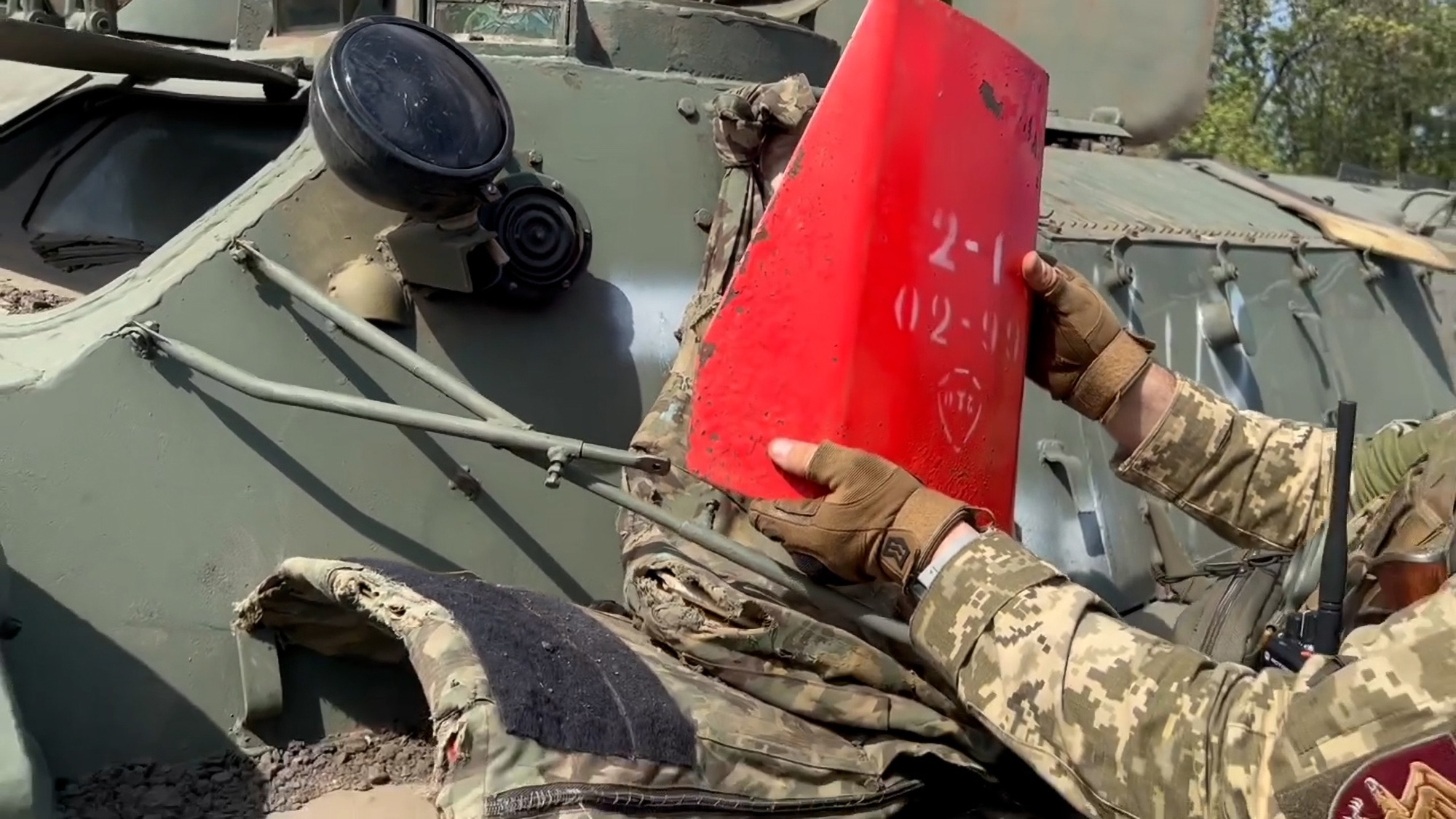 The images show the soldiers shooting metal plates they reportedly found inside the Russian ‘bulletproof’ vests, first with a handgun and then with a machine gun, and easily puncturing them.

The soldiers speculated that the red metal plates looked like they had been cut from Soviet-era fire boxes, which are used to collect sand to put out fires and are made of regular metal.

In the video, a first soldier can be heard saying: “Strong armor!” He then laughs as a second soldier says: “Everybody really needs to see this!”

One of the soldiers cuts open the Russian ‘body armor’ with a knife, revealing the metal plate inside. The second soldier then adds: “Look, f**k, this is a bulletproof vest from a Russian soldier!”

The soldiers can then be seen shooting at the red metal plate with a handgun and a machine gun. The second soldier asks: “Did it go right through?”

He then adds “Let’s try 5.45 caliber!” before firing at one of the plates with a machine gun. He then says: “Let’s put them together now! So? It went right through!”

The red plates then take fire from a machine gun, and even when one plate is placed on top of another plate, the round goes straight through both of them and into the ground beneath them. The first soldier also says: “The guys are telling the truth, it sucks to be an orc! Look what the hell they’re coming with!” Ukrainian troops often refer to the invading Russian forces as “orcs”.

The images were obtained from Officer Yurii Kochevenko on Thursday, August 25, who can then be seen saying to the camera, as the footage ends: “With a shot of the usual 5.45 [caliber rounds] it went through both of them, so come and die for mother Russia!”

Officer Kochevenko, of the 95th Air Assault Brigade of the Ukrainian Air Assault Forces, Ukraine’s rapid reaction force, released the images along with a statement saying: “Here, we took another trophy, this time a MTLB (multi-purpose, tracked, lightly-armored fighting transporter).

“There is nothing interesting in the ‘scrap heap’ itself, ordinary Soviet scrap. But we are really impressed with the Russian soldiers’ armor. Everything will be Ukraine! Believe in the Armed Forces of Ukraine!”

The images and statement were also relayed by the Office of Strategic Communications (StratCom) of the Armed Forces of Ukraine, which added jokingly that the “bulletproof vests of the ‘second army in the world’ are pleasantly impressive”. The Armed Forces of Ukraine also relayed the footage and statement, and also mocked the ‘world’s second army’.

Zenger News contacted Officer Yurii Kochevenko for further comment, as well as the Russian Ministry of Defense, but had not received a reply at the time of writing.