Eleven-Year-Old Boy Is Smarter Than Einstein

His proud parents said they have always known their son was a genius.
By Simona Kitanovska August 30, 2022
Facebook
Twitter
Linkedin
Email 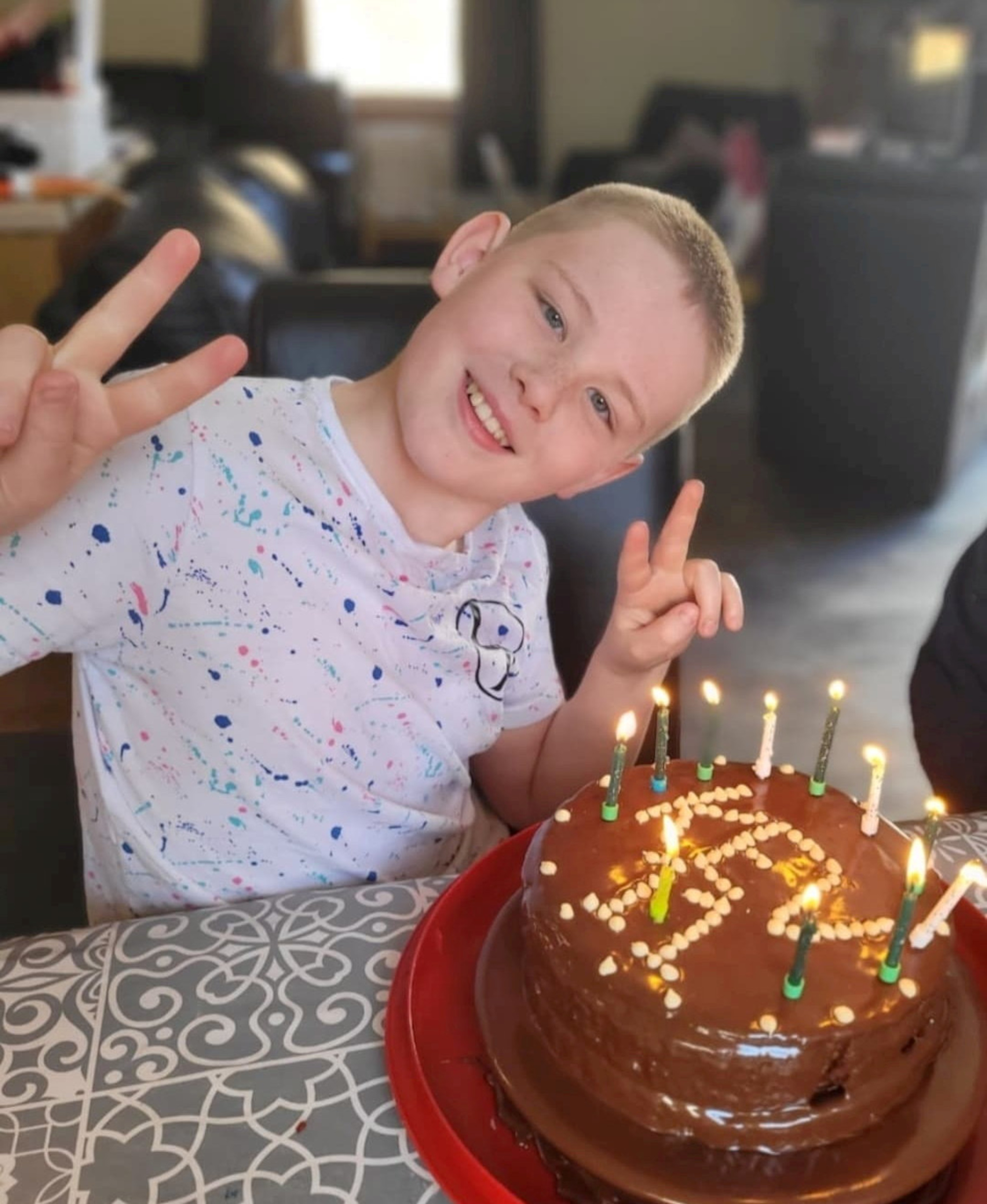 Brainy Kevin Sweeney poses in an undated photo. The 11-year-old boy has been invited to join Mensa–the world's oldest and largest high-IQ society–after getting the maximum score on an IQ test, which is higher than Albert Einstein and Stephen Hawking. (Courtesy Eddie Sweeney,SWNS/Zenger)

An 11-year-old boy has been invited to join Mensa–the world’s oldest and largest high-IQ society–after getting the maximum score on an IQ test, which is higher than Albert Einstein and Stephen Hawking.

Brainy Kevin Sweeney has now been accepted into the IQ club after scoring the highest possible score for a boy of his age–162. He scored in the top one percent of people and was the only child on the test, which he took on July 16.

Proud dad Eddie Sweeney, 40, and mom Laura, 39, said they have always known Kevin was a genius. Dad-of-four Sweeney, from Lochgelly, a town located in Fife, Scotland, in the U.K., said: “It’s amazing we are so proud and Kevin is over the moon.

“He got the maximum score for someone his age. There were no other children at the test: it was all adults. We thought he might get overwhelmed being with all adults, but he was just chatting away to everyone saying ‘hi, I’m Kevin’.

“Me and his mom took the test a few years ago just because we love quizzes and wanted to challenge ourselves. Kevin really wanted to do it with us but he was too young.

“We really hope this can open doors for him, it’s so exciting. We are so proud as parents, we have always known he was really clever. We always told people he’s a genius, and I don’t use that word lightly.”

The young genius traveled to The Quaker Meeting House in Edinburgh to sit for the test and was delighted when his results arrived earlier this month.

“Kevin was running round the garden when he got the results. It meant a lot more to him than we imagined it would. We hope this is a great boost for him. Life has its challenges for Kevin, and we really want to help maximize his potential and give him every opportunity in life,” his dad said.

The boy knew the periodic table when he was just six years old and was reading before he started primary school. Dad Sweeney said they watch The Chase, a British television quiz, every night and is blown away by his son’s ability.

Quiz lover Kevin, who has autism, also loves watching Who Wants to Be A Millionaire and Only Connect, two other popular British quiz shows.

Sweeney, a physical education instructor with the prison service, said: “At six he knew the periodic table after about a week and people would test him on it. They would ask him a number and he could tell them what is was, what the symbol was and what the element weighed.

“He was reading before he started school. He has read all the Harry Potter books and knows everything about it. We watch the Chase every day and Who Wants to Be A Millionaire when it’s on.

“He likes Only Connect too, I can watch a whole show and get nothing right it’s so hard, the people on it are crazy clever. But Kevin will sit there and get the answers, it just blows my mind.

“Watching Who Wants To Be A Millionaire, he got the £250,000 question correct even before the options came up. When another show asked about the cost of a bus fare in Harry Potter, he was adamant the answer they gave was wrong.
He went upstairs, found the right page in the right book within seconds, and proved he was right–the film version had used a different price.”

But despite his Einstein-level intellect, the little boy’s passion is music and singing–and he knows how to play the chanter, piano, and guitar.

“His biggest passion is music and signing. Kevin has spoken about being a doctor or a scientist but I don’t think he knows exactly yet,” Sweeney said.