Her video has been viewed more than 812,000 times and received nearly 4,000 comments so far.
By Alice Amelia Thomas August 30, 2022
Facebook
Twitter
Linkedin
Email 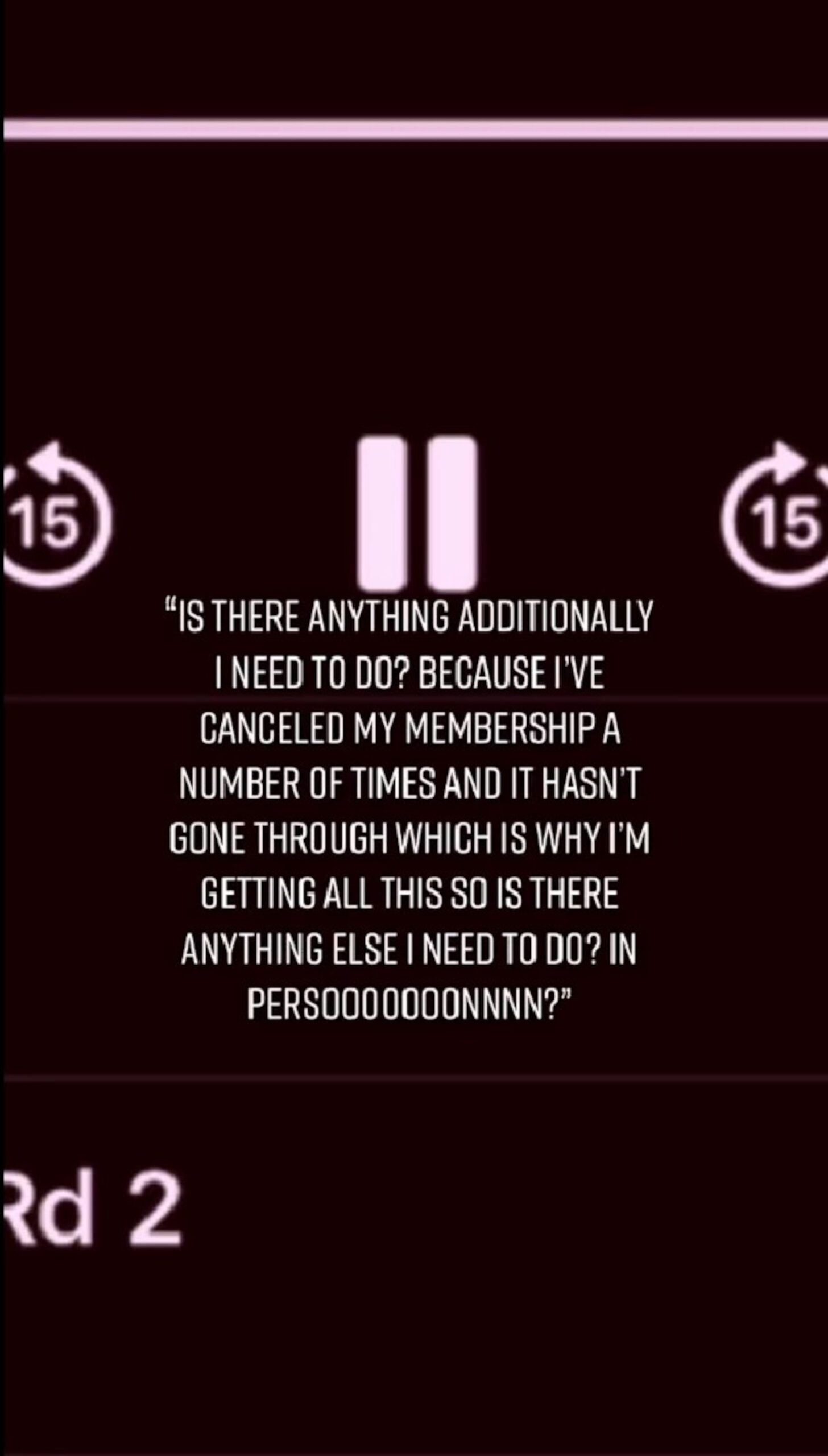 Picture of Tara Rule's recording of her conversation with a Planet Fitness employee, undated footage. Ms. Rule stated that she was contacted by Planet Fitness after the video went viral.  (@pogsyy/Zenger)

A disabled gym user has made gym giant Planet Fitness sweat after urging members to join her in a huge legal case against ‘rip off’ fees.

Filmmaker Tara Rule, 31–an actress from New York–took to TikTok to document her battle over trying to close her membership with the chain.

Rule told how she took her stand after she had been charged $3,000 in fees despite canceling her membership six times. In her viral video, Rule claims she was forced to pay monthly membership fees through recurring payments automatically charged to her account.

Rule–who earns just $600 a month from disability payments–explained her plight in the clip titled ‘Any Last Words?’ In the video, Rule plays what sounds like secret recordings of her talking to a Planet Fitness employee about her membership, her gym use, and her letters from the club.

Rule then asks to be de-registered from the gym once more. She then gives a DIY guide on how to gather evidence and urges other disgruntled Planet Fitness members to join her in a class action lawsuit.

“Then what we’re gonna do is file a class-action lawsuit against them,” Rule told viewers.

“Or Planet Fitness if you want to pay me back for all the money you’ve stolen from me over the years, from a disabled person, maybe I’ll take this video down. Otherwise, let’s sue Planet Fitness!,” she added.

One user replied: “I literally had to get a whole new bank account because of this.”

While Netizen ‘Blo’ revealed: “When I worked for the bank, I placed hundreds of stop payments to permanently keep them out of accounts.”

‘WVPittieMom’ added: “I worked for a call center that fielded calls from BofA [Bank of America] and I did so many disputes against PF (Planet Fitness), especially during COVID.”

In an interview with Zenger News, Rule explained that all attempts to cancel her membership were unsuccessful until the TikTok video went viral. She added: “I attempted to cancel the membership many times, but kept being charged.

“When I tried to resolve it by reaching out to the company in person, by phone, letter, and online, my efforts were unsuccessful. They did contact me once the video went viral. I am still trying to work out something with them but they are being very difficult.

“They did finally cancel my membership, but it took a viral video to get anyone from the company to reach out. Thousands and thousands of people have commented saying they have had the same experience as me, many of them have had even worse experiences with trying to cancel their membership.”

“The representative has not addressed the issue of employee harassment toward me,” Rule concluded.