“I just kept thinking ‘how can she have cancer she doesn’t look ill’. It was really hard to process it all.”
By Simona Kitanovska August 30, 2022
Facebook
Twitter
Linkedin
Email 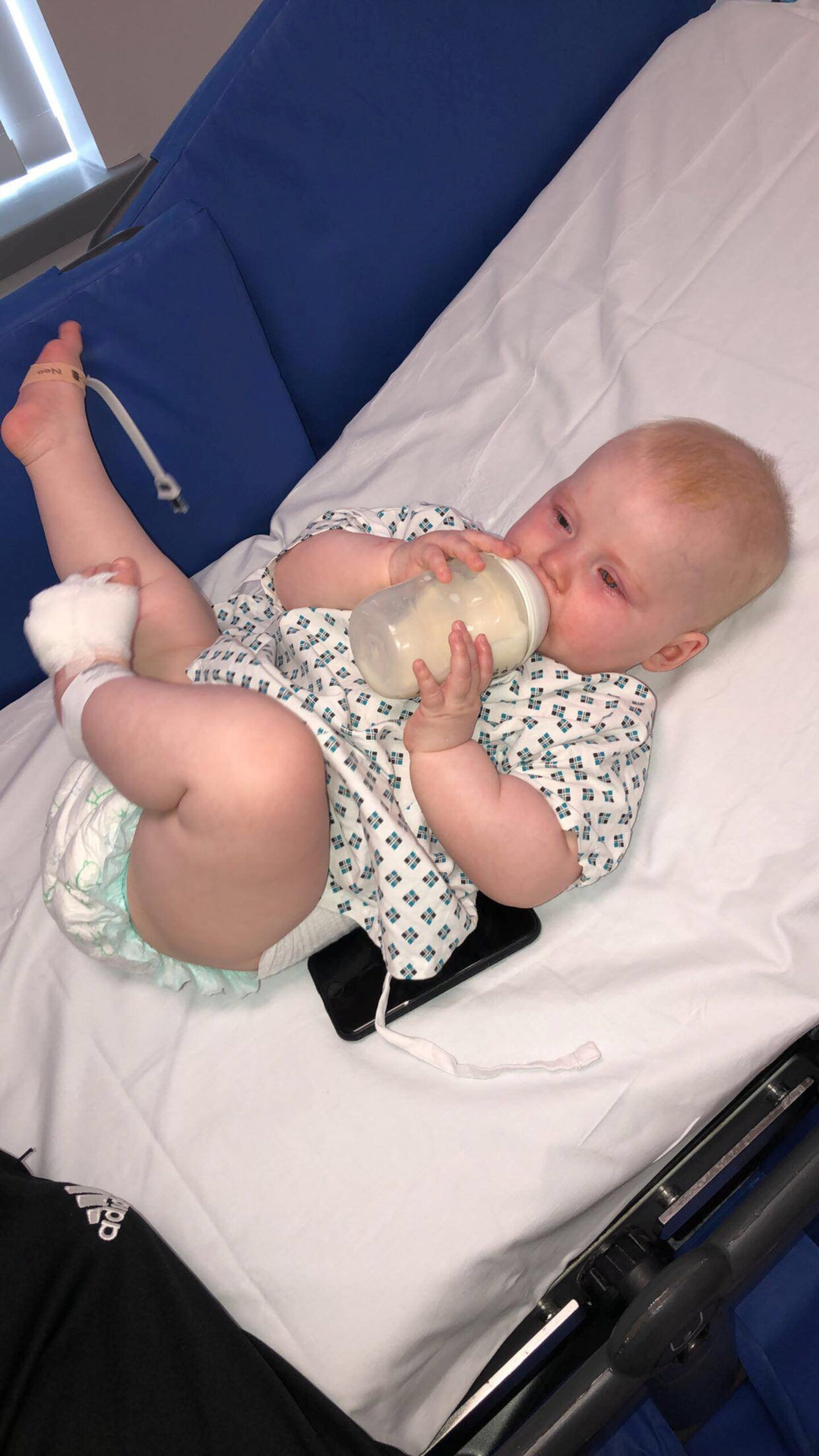 A baby will celebrate her first birthday today, August 29, after being diagnosed with a rare eye cancer at just nine months old.

Little Orla Kearney was diagnosed with retinoblastoma in June after doctors found three tumors behind her eyes. A few weeks before, her parents Morgan Gillan, 21, and Thomas Kearney, 31, noticed Orla had developed a squint in her right eye.

Mother-of-two Gillan thought the little girl might need glasses–but was devastated when she was told the child had cancer and had become blind in her right eye.

“We couldn’t plan much for her birthday because of how she is feeling. We have to be careful about her being around anyone else who has a bug, but we are having family round,” said Gillan from Dumfries, Scotland.

The girl has already undergone three grueling rounds of chemotherapy at Glasgow Royal Hospital for Children and has another three to go. Her parents take her to Birmingham Children’s Hospital in England, in the U.K., every three weeks for laser treatment on the tumors–and said she hasn’t spent a full month at home since June.

“At the end of May we noticed she had a slight squint in her right eye. I wasn’t overly worried at that point because she was still so young, I thought the eye maybe just wasn’t focussing correctly. Two weeks later I thought it was looking a bit worse so took her to our GP because it wasn’t sitting right with me.

“The doctor could see something in the back of her eye but didn’t know exactly what so sent us straight to Dumfries and Galloway Royal Infirmary,” Gillan said.

“They had a look and said there was something hanging behind her eye but I still wasn’t too worried at this point. I’d been doing a bit of research and thought it was maybe a detached retina or a bit of dirt behind her eye.

“They sent us home and the next day I got a call telling us to go up to Glasgow Royal Hospital for Children. It was then we were told she had three tumors, one behind her right eye and two behind her left. It was so scary, it all happened in such a short space of time,” Gillan said.

“Within a few days we went from thinking it was something minor, like she would have a squint or need glasses, to be told she had cancer. It was heartbreaking, you read about it happening to other people but never think it will happen to you.

“I just kept thinking ‘how can she have cancer she doesn’t look ill’. It was really hard to process it all,” she continued.

Gillan said medics still don’t know if the girl will also lose the vision in her left eye but was relieved to be told the cancer is not terminal. She said the cost of all the hospital travel has taken a strain on their finances with unexpected expenses.

Gillan said: “The doctors told us we have caught it early enough and the treatment would be to save her eyes not her life. She is completely blind in the right eye and doesn’t have much vision in the left.

“We won’t know if she is going to be completely blind until her treatment is finished. They think she has had the tumor and been blind in the right eye since she was about two months old. Obviously we only became aware of it because the tumor was pushing on the eye which caused the squint.

“She didn’t give us any signs she couldn’t see but her vision must have been so bad from such an early age she has just adapted to it and never known anything else. The treatment she is having in Birmingham works with the chemo to try and get rid of the tumors.

“We have to go down there every three weeks, we arrive on the Sunday night and she has her treatment on the Monday morning. It takes a toll on you financially because you are spending on things you wouldn’t normally account for month to month. You are eating out more because you are at the hospital and the facilities there are all you have, so you are spending money you normally wouldn’t.”