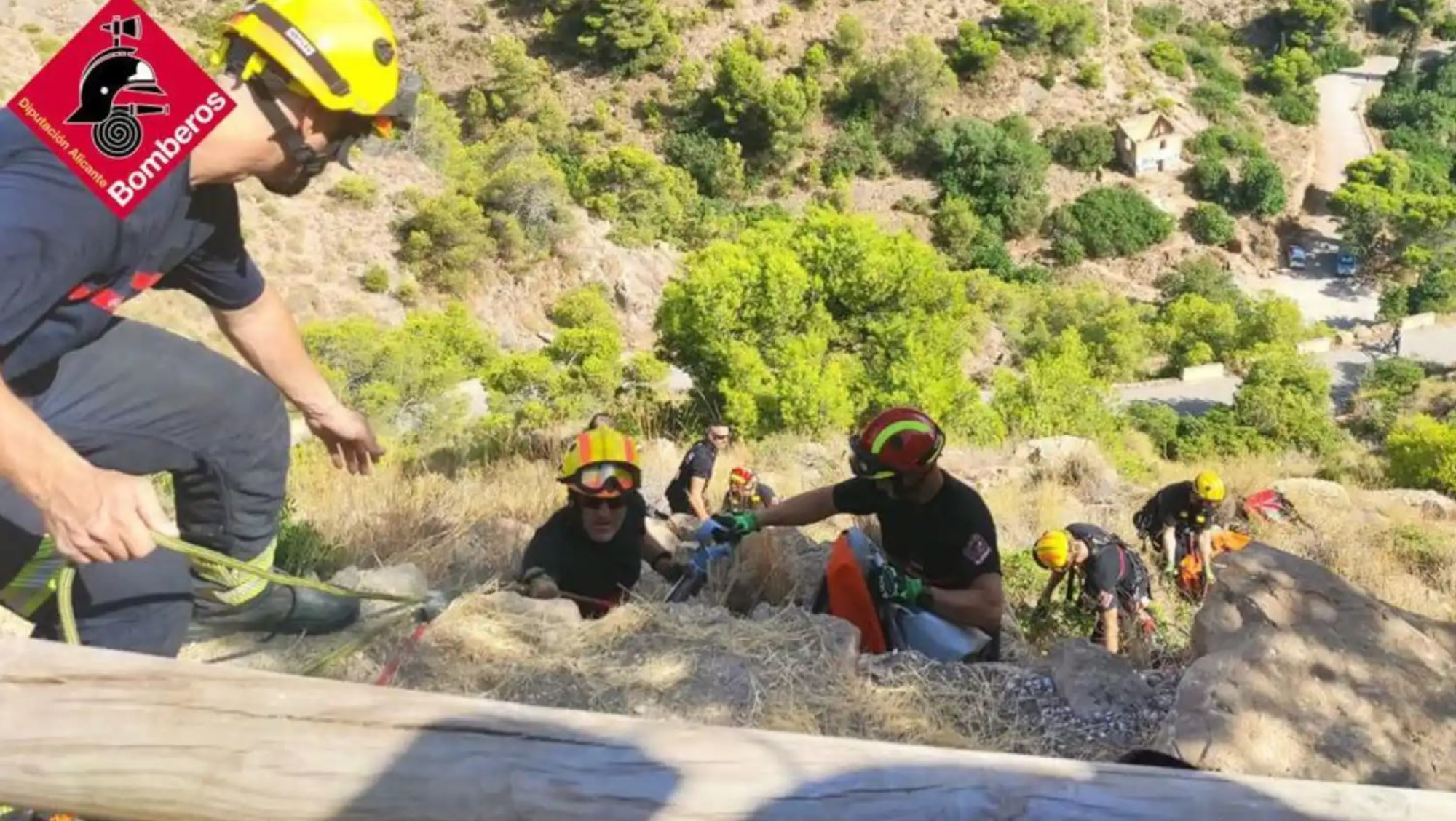 Rescue crews use a device to move the body of an accident victim in Benidorm, Spain, on Wednesday, Aug. 24, 2022. The woman died after falling down a ravine with an electric scooter.  (Bomberos Alicante/Zenger)

A British vacationer has died after the mobility scooter she was driving veered off a Spanish hiking trail into a deep nature park ravine.

The 58-year-old woman–whose identity has not been revealed–was driving along a hiking trail when her scooter toppled over the edge.

An unnamed companion–also in a buggy–was injured after he tried to save her from the fall to the steep valley floor.

Police are investigating the tragedy in the Serra Gelada nature park near Benidorm on Spain’s Mediterranean shore on August 24 at 4:15 p.m. The park is well known for its spectacular views from ravines that are almost 1,000 feet deep.

Police are also investigating if the electric vehicle complied with safety regulations. The woman is said to have died instantly after a blow to the head during her fall at Paraggi de la Cruz.

Benidorm–on Spain’s Costa Blanca–is massively popular with British tourists, and their use of mobility scooters is growing.

The death in Spain comes after a woman believed to be in her 50s using a wheelchair drowned after entering the sea earlier this summer in Ireland.

The incident took place at the Dun Laoghaire pier near Dublin, a popular walking spot in Ireland on June 27, according to local media reports.

The Dublin Coastguard assisted in the recovery of the woman’s body.

A spokesperson from the Gardai, the national police service of Ireland, stated that the circumstances surrounding the woman’s death are being investigated.

The statement said: “Gardaí are investigating all the circumstances after the body of a female in her 50s was recovered from the Water at Dun Laoghaire at 2:30 p.m. this afternoon, Monday, June 27. Her body has since been removed to the mortuary at Loughlinstown where a post-mortem will take place at a later date.”

According to the British Department of Transport, scooter users should avoid alcohol while driving. Persons with severely limited vision or who are blind should not use scooters, the agency said, while persons using medications causing drowsiness should also avoid scooters.

Users are required to maintain their scooters in good order, while they are also encouraged to use reflective markers and wear reflective clothing while driving, according to the U.K. Department of Transport.