The images were obtained from the 22nd Motorized Infantry Battalion of the Ukrainian Ground Forces, on Friday, August 26.
By Joseph Golder August 29, 2022
Facebook
Twitter
Linkedin
Email 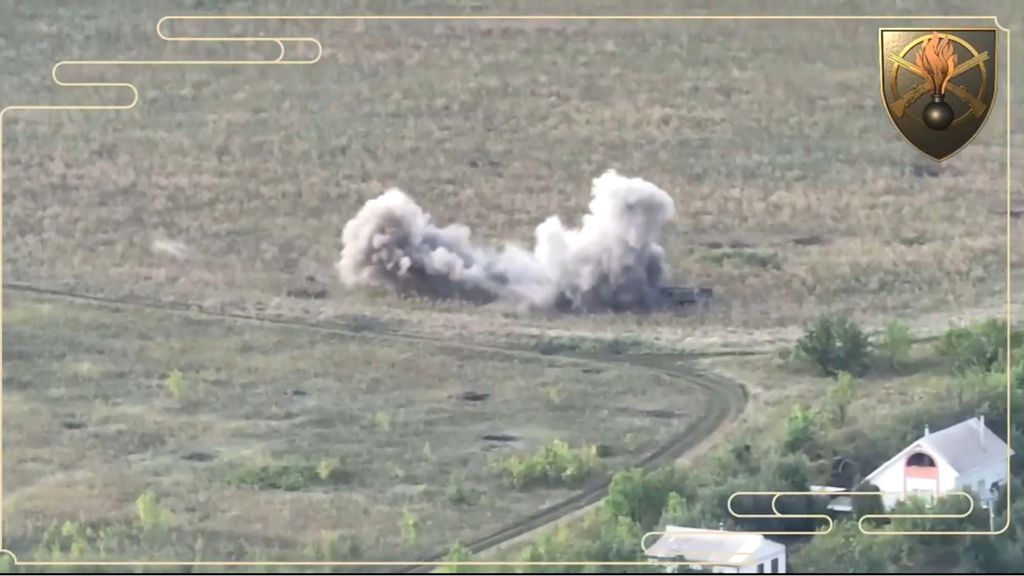 Ukrainian tankers destroy a Russian MT-LB vehicle on a battlefield in the Kharkiv region in Ukraine in undated footage. The MT-LB is a Soviet multi-purpose, fully amphibious, tracked armored fighting vehicle in use since the 1950s.  (@22ompb/Zenger).

“This is how they worked against the enemy, namely, they disabled the MT-LB of the orcs, which apparently lost its ‘marketable appearance’. Therefore, every strike of our soldiers must be accurate. Each damaged piece of equipment of the occupiers adds strength and confidence to our fighters.”

Ukrainian troops often refer to the invading Russian forces as “orcs,” in a reference to the monstrous evil hordes described in J.R.R. Tolkien’s “Lord of the Rings” trilogy.

The images were also relayed by the Chernihiv Regional Territorial Center for Recruitment And Social Support.

The MT-LB is a tracked, armored fighting vehicle that has been in use since the 1950s. The T-64BM Bulat is a Ukrainian upgrade of the Soviet T-64B main battle tank.

Zenger News contacted the 22nd Motorized Infantry Battalion for further comment, as well as the Russian Ministry of Defense, but had not received a reply at the time of writing.