Police and local authorities had to close off the wonder to the hundreds of waiting tourists.
By Simona Kitanovska August 29, 2022
Facebook
Twitter
Linkedin
Email 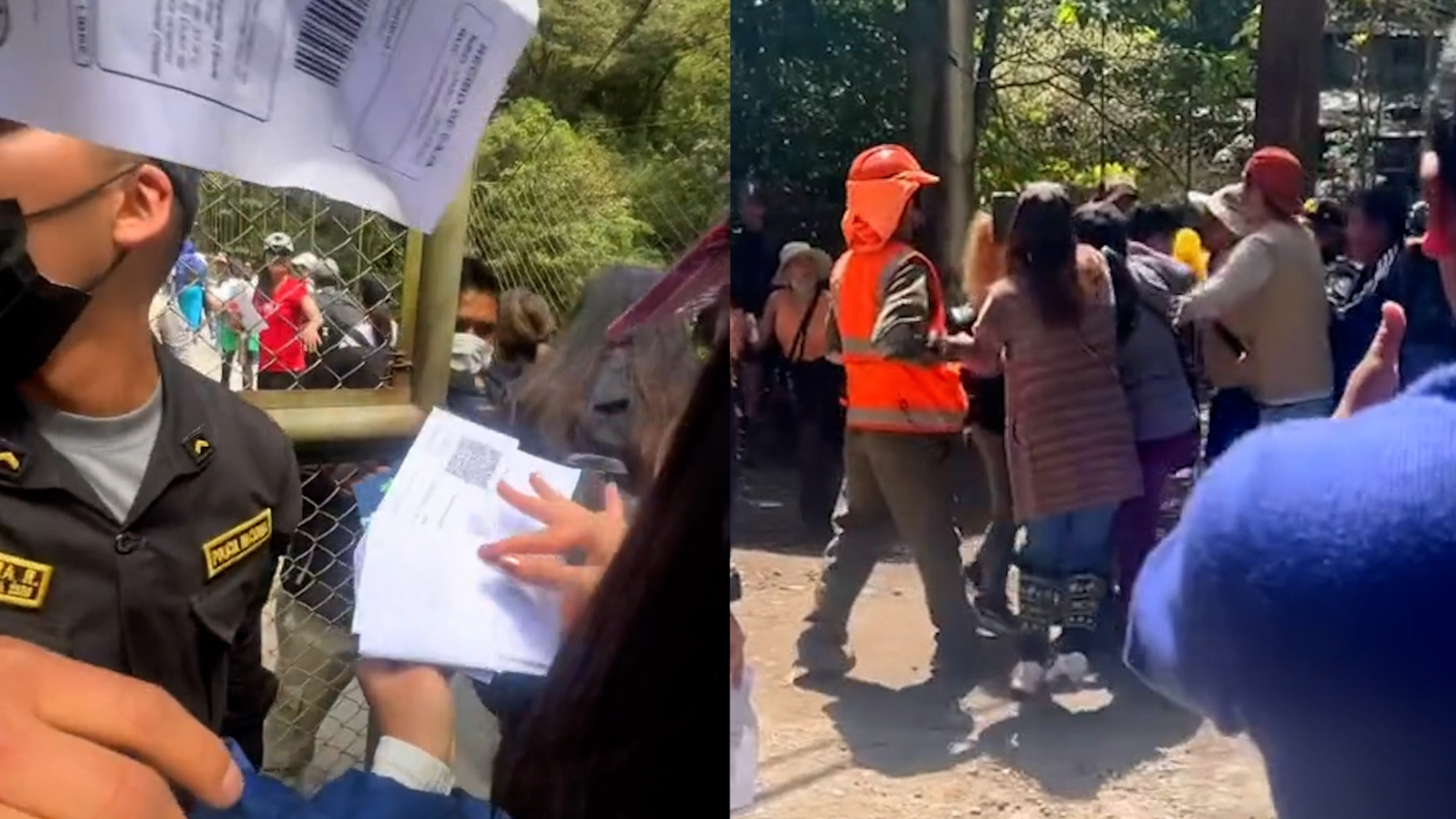 British tourist Jamie Headington films a riot he was caught in that broke out at one of the Seven Wonders of the World–Machu Picchu in Peru over a shortage of visiting tickets, pictured in an undated photo. Headington said that local authorities confiscated his passport and threatened to keep it if he did not pay for another ticket to the tourist attraction, despite already paying through a tour agency. (SWNS/Zenger)

A British tourist was caught in a riot that broke out at one of the Seven Wonders of the World–Machu Picchu in Peru.

It was alleged tour operators scammed many sightseers leaving them in the lurch at the gates of the site. Police and local authorities had to close off the wonder to the hundreds of waiting tourists.

Machu Picchu is a 15th-century citadel built by the Inca civilization in the eastern Andean range at an altitude of nearly 8,000 feet. Abandoned after the Spanish conquest in the early 16th century, it was rediscovered by American explorer Hiram Bingham in 1911.

One British tourist managed to get his money’s worth and narrowly avoid the chaos, but not without problems of his own. E-Commerce Analyst Jamie Headington, 31, from Nottingham, the U.K., captured the chaos on video. He said that local authorities confiscated his passport and threatened to keep it if he did not pay for another ticket to the tourist attraction, despite already paying through a tour agency.

Footage shows the large crowds gathering at the gates of the site with police officers having to man the barricade gates as angry tourists tried to push through. Many of the tourists can be seen waving their paper tickets as they pack in close together.

Eventually, Headington managed to get through with an invalid ticket in a mad rush where he managed to avoid the chaos behind him. Further clips show the madness behind the gate where he explained that “fights were breaking out” and the “police were arresting people.”

Headington said: “I was traveling, it was just a one-off trip to Peru, I also went to Bolivia but I’ve been traveling for a while, I was in Asia for the last five months. Peru was a spontaneous, last-minute trip, pretty much the reason was to see Machu Picchu–I was going to see the Amazon in Bolivia but it’s just a bit too far on the buses.

“The whole trip was centered around Machu Picchu. In the video, it’s just the crowd’s reaction, a lot of people waited around for a long time, I waited from 4 a.m. at the ticket office. Even the day before I was waiting five or six hours and a lot of people were told ‘there’s no more tickets tonight,’ so all these people came back in the morning just to be told to wait.

“A lot of anger was caused, for the most part because the tour agencies essentially sold tour packages, which included tickets for Machu Picchu so these people assumed they had tickets for that day. So when the government changed that rule there was a lot of problems, because these tour agencies are kind of s*** to be honest.

“The one I was with, I tried to call them and they just disappeared, they didn’t want to deal with it. They were trying to sort stuff out behind the scenes, but they sold a package with a ticket [for Machu Picchu] and there was no ticket.

“My specific situation, the tour agency I was with, they gave me a ticket, it was very confusing where it came from, I got to the top of the mountain and noticed the date was for the following month and I wasn’t allowed in because of that. I rang the tour agency and they said I had to pay ‘right now’ for the invalid ticket.

“They said if you don’t pay ‘we’re not letting you on the bus home’ so they were essentially leaving me stranded. At the end of the day, the only reason that I got into Machu Picchu was that the mayor and the police were all at the top of the mountain and they decided that all the people that made it to the top–about 30 people–have tickets.

“They took all of our passports, they took them down to the office downstairs, at the bottom of the mountain in the town and we had to wait. Eventually, at 5 p.m., they started letting people in and we had to write our names down on a bit of paper.

“After we were done, we rushed round Machu Picchu and rushed back to the village, where we went to collect our passport and pay the money. They would only give us our passports back once we paid for the ticket itself. It was pretty chaotic, I didn’t eat all day, and there was no communication from the tour agency, the police didn’t know what was going on.

“I get back to Lima, I was there for a week and I was trying to sort out a refund, but because I was dealing with three different companies and no one wanted to take responsibility so I was going back and forth. No one wanted to take responsibility or give me an apology or a refund. Nothing at all. The whole thing was a bit of a mess to be honest.”