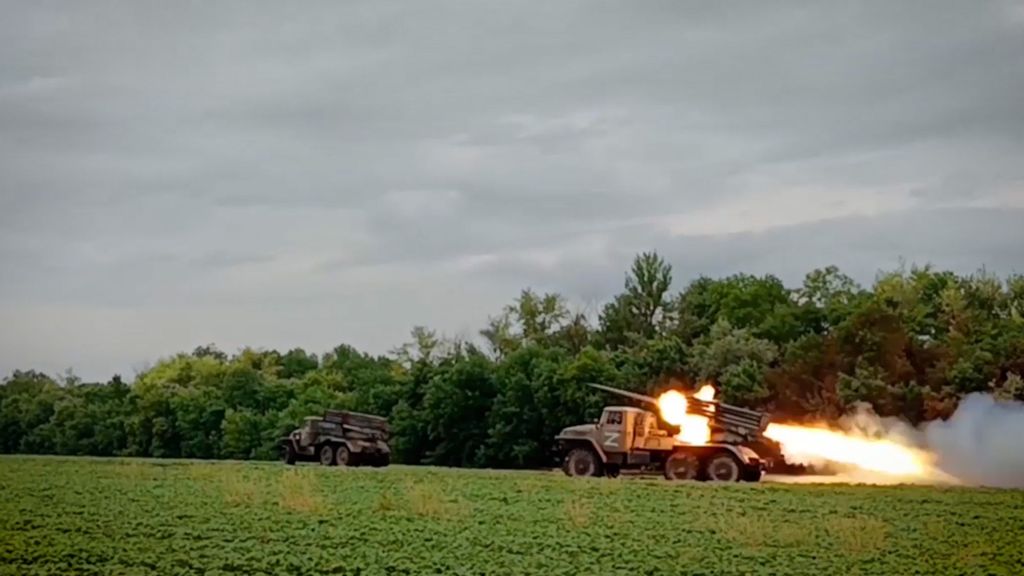 MLRS Grad crews fire on the positions of the Ukraine Armed Forces in Ukraine in undated footage. The BM-21 Grad is a self-propelled 122 mm multiple rocket launcher designed in the Soviet Union. (@mod_russia/Zenger)

The clip purports to show Russian soldiers loading up a Grad vehicle before it and others taking up position in a field. They can then be seen opening fire on unseen targets, launching their ordnance into the sky.

The footage then reportedly shows Grad vehicles carrying out missile launches at night.

The images were obtained from the Russian Ministry of Defense (MoD) on Friday, August 26, along with a statement claiming that they show “footage of the combat work of the crews of ‘Grad’ multiple launch rocket systems of the Western Military District during the performance of fire missions to destroy the positions of the Armed Forces of Ukraine in the zone of the special military operation during the day and at night.”