The results of the races will be announced by a panel of judges.
By Alice Amelia Thomas August 29, 2022
Facebook
Twitter
Linkedin
Email 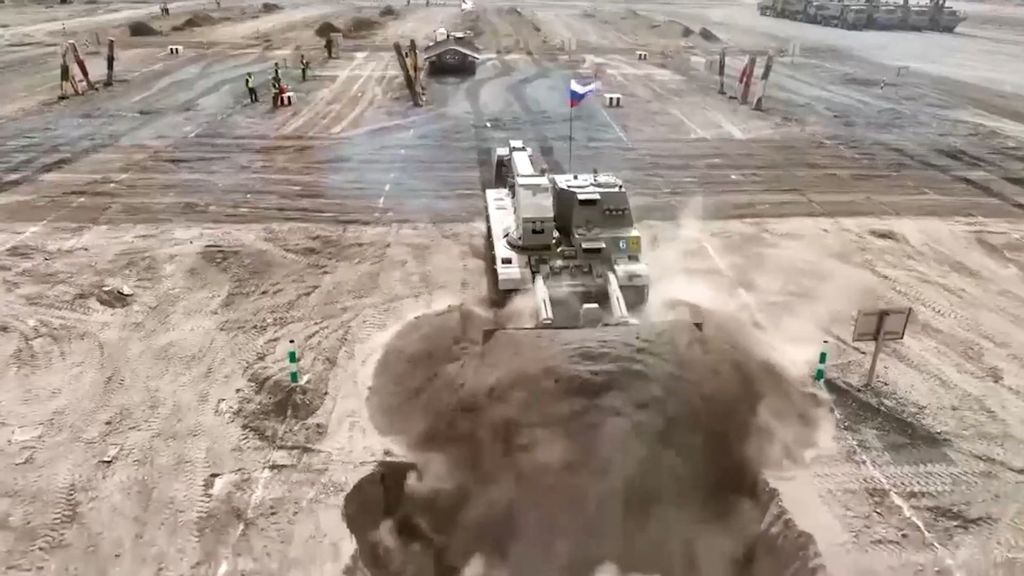 Russian military vehicle goes through an obstacle course at a training ground in Korla, China in undated footage. Teams from Venezuela, Russia and China competed for the title of the best road paver team, the best engineering and assault squad and the best heavy mechanized bridge team in Army International Games (ArMI-2022). (@mil/Zenger).

Teams from Venezuela, Russia and China show off their military might at the Army International Games organized by the Russian Ministry of Defense.

The squads competed for the title of the best road paver team, the best engineering and assault squad and the best heavy mechanized bridge team at the event hosted at a training ground in Korla, the second largest city in the province of Xinjiang in China.

Individuals were required to pass through an obstacle course and solve engineering problems, according to local media reports from Wednesday, August 24.

The results of the races will be announced by a panel of judges after the relay stage of the ‘Safe Route’ competition takes place on August 25, following a statement obtained by Zenger News from the Ministry of Defense of the Russian Federation.

The statement added: “The calculations of the pavers and the engineering machine of the clearing were supposed to cover a route with a length of up to 3 kilometers [1,8 miles], on which it was necessary to overcome obstacles–a ford, a passage in a limited space, to disassemble the forest debris and fill in the pits.

“In turn, the engineering-assault detachments overcame the assault strip, where it was necessary to carry out landings from a model helicopter, clear a section of road and ford of mines, conduct an assault on a building, crawl under a barbed wire and hit a target with a sapper shovel.

“Calculations of the heavy mechanized bridge led to a crossing with a length of 40 meters [130 feet] per time. This bridge can withstand a weight of more than 60 tons.

“As the representative of the Russian team Alexander Cherny noted, the calculations showed a decent result and improved the time compared to 2018, when the Russian team also performed on Chinese equipment.”

The first International Army Games took place in 2015 and involve almost 30 countries across the globe that participate in competitions to determine which nation is the most military adept.

The annual games are often referred to as the ‘War Olympics’ and typically last for two weeks, running from August 13 to August 27 this year. The games feature souvenir shops, a recruitment station as well as a military theme park.

This news comes after Russia is reported to have lost 1,924 tanks along with 45,700 military personnel during the Russian invasion of Ukraine, which began on 24 February 2022.