Zenger News obtained the video from the Ministry of Defense of the Russian Federation on August 24.
By William McGee August 29, 2022
Facebook
Twitter
Linkedin
Email 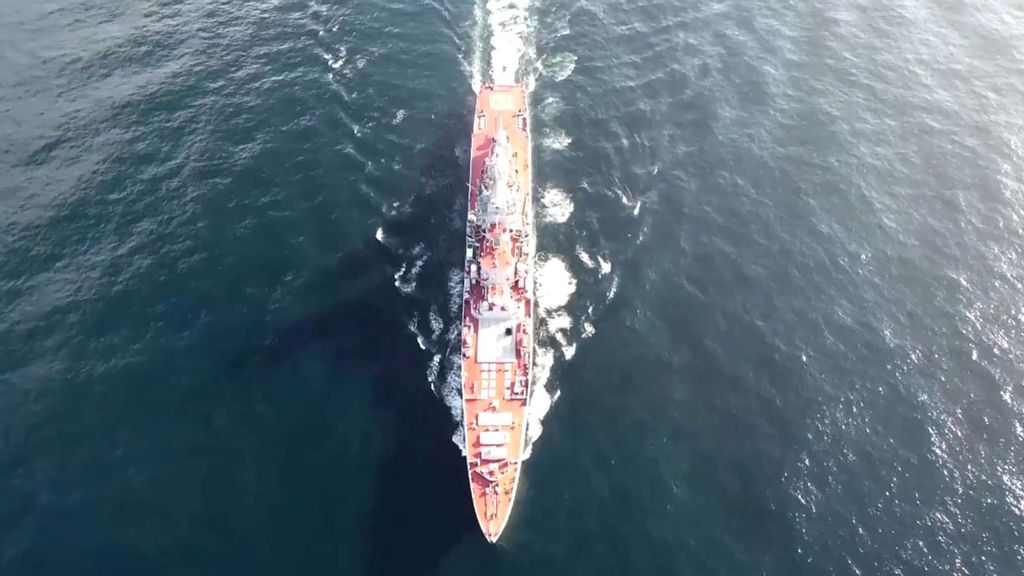 Peter the Great heavy nuclear-powered missile cruiser goes in the Barents Sea, Russia in an undated footage. The area of the Barents Sea, where rocket firing was carried out, was closed in advance for civil navigation and aviation flights. (@mil/Zenger).

This slickly-produced footage shows the Russian battlecruiser Pyotr Velikiy firing a cruise missile in the Arctic Sea in a show of military might.

Zenger News obtained the video from the Ministry of Defense of the Russian Federation on August 24.

The Russian MoD said: “As part of a planned exercise with a grouping of heterogeneous strike forces of the Northern Fleet taking place in the waters of the Barents Sea, the flagship of the Northern Fleet–the ‘Pyotr Velikiy’ heavy nuclear missile cruiser (TARKR)–launched a Granit cruise missile at a target position in the Novaya Zemlya archipelago.

“According to objective control data, the maritime training target was successfully hit at a distance of more than 200 kilometers [124 miles].

“Furthermore, as part of the exercise to protect sea communications in the Arctic, the crew of the cruiser practiced naval artillery combat with a mock enemy ship. The shooting was performed by the combat crew of a battery of universal caliber–an AK-130 130-mm artillery mount.

“Earlier, the Pyotr Velikiy TARKR, in cooperation with the Admiral Ushakov destroyer, conducted practical anti-aircraft missile and artillery firing at air targets. The area of &ZeroWidthSpace;&ZeroWidthSpace;the Barents Sea, where rocket firing was carried out, was closed in advance for civil navigation and aviation flights.”

The Pyotr Velikiy (Peter the Great) was designed by the Severnoye Design Bureau and built in the Baltic Shipyard in Saint Petersburg. It was laid down in 1986 and launched a decade later.

The footage comes shortly after Russia’s invasion of Ukraine passed the six-month mark.