Anyone collecting 15 points via the McDonald’s Austria app can pick up one tube of the body wash.
By Thomas Hochwarter August 29, 2022
Facebook
Twitter
Linkedin
Email 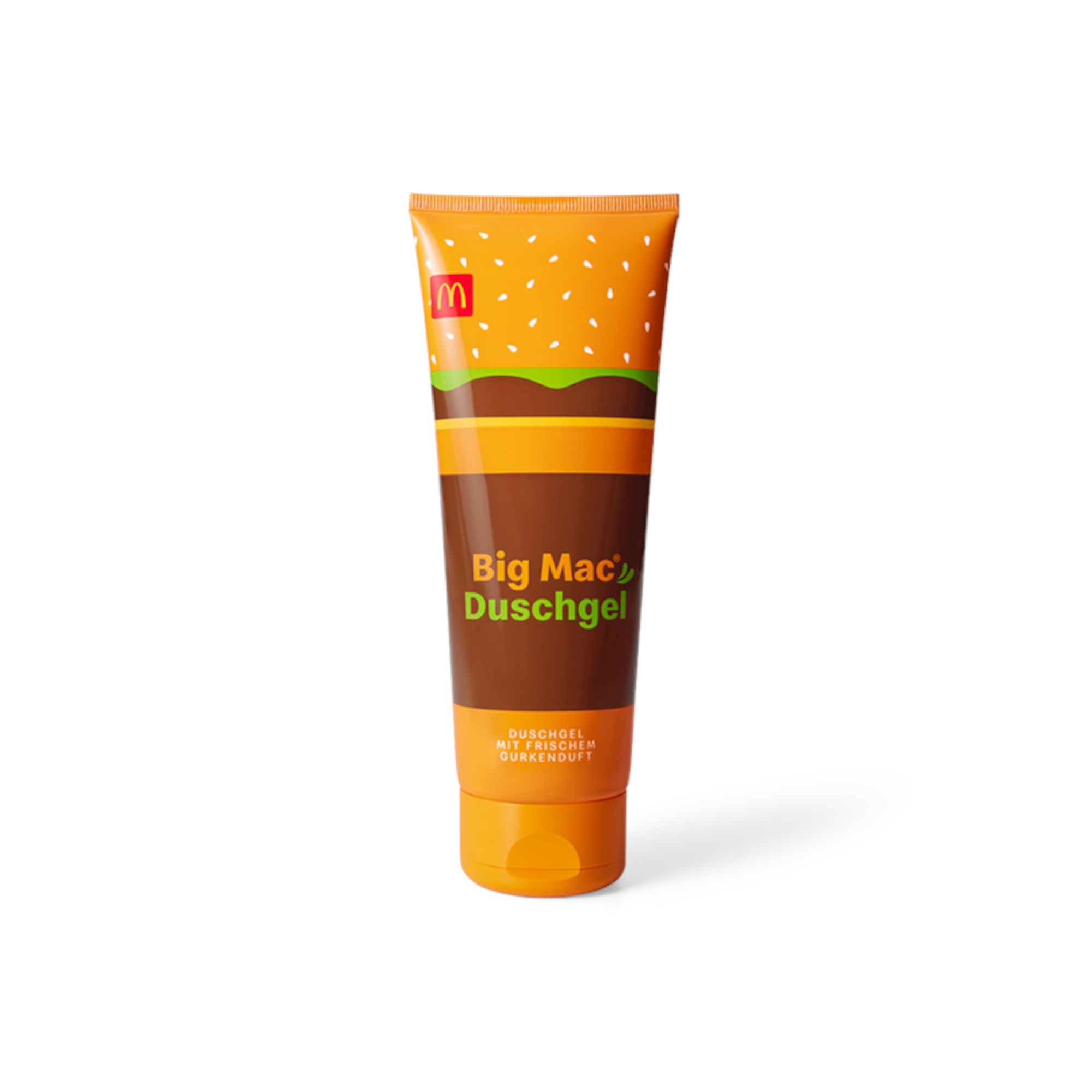 Photo shows newly launched Big Mac shower gel with fresh cucumber scent, undated photo. Customers have to use the McDonald's app to collect points that can be exchanged with Big Mac shower gel. Note: Picture is provided to us (McDonald’s Österreich/Zenger)

McDonald’s has caused a McFlurry of interest in Austria after introducing a body wash as a premium for regular customers.

The burger giants claimed on social media that the cucumber-scented shower foam came after years of research in their burger beauty lab. The fast food chain–which runs nearly 200 restaurants in Austria–branded the body wash as nothing less than a “revolution in skin care.”

McDonald’s Austria has been promoting the limited-edition shower foam on their social media pages by posting pictures of its newest product. Anyone collecting 15 points via the McDonald’s Austria app can pick up one tube of the body wash.

Speaking to Zenger News, a McDonald’s spokesman who can not be named confirmed the details above and added: “In the MyMcDonald’s Bonusclub we offer our guests attractive offers, entertainment and merchandise items, such as the current Big Mac shower gel ‘Gurkerl N⁰1’.

The shower gel is a so-called “money can’t buy” item that only bonus club members can purchase for 15 Ms. We will continue to surprise MyMcDonald’s guests with new merchandise items in the future.”

But its introduction has been met with mixed reactions from burger fans.

Instagram user han_trav assumed it was an ‘August Fool’s’ joke and branded its launch a ‘total flop’.

However, the majority of followers reacted favorably to the enterprise’s latest marketing stunt.

Danijela1120 said: ‘At first I thought this was a joke. I got to have one myself!’

Marie_Haas_ called on the fast-food firm to introduce a chicken-nugget or fries-flavored body wash next–a suggestion the company reacted to by replying: ‘Thanks for your input! ;)’

Other followers took the opportunity to complain about recently implemented price hikes and to demand a comeback of curly fries. McDonald’s previously treated its customers to bath towels and Christmas-themed socks.

The global fast-food giant’s opened its first restaurant in Austria at Schwarzenberg Square in the city center of Vienna in 1977. It is the Central European country’s fast-food eatery market leader.