Firefighters Called Out To Rescue Trapped Kitty From Car Dashboard 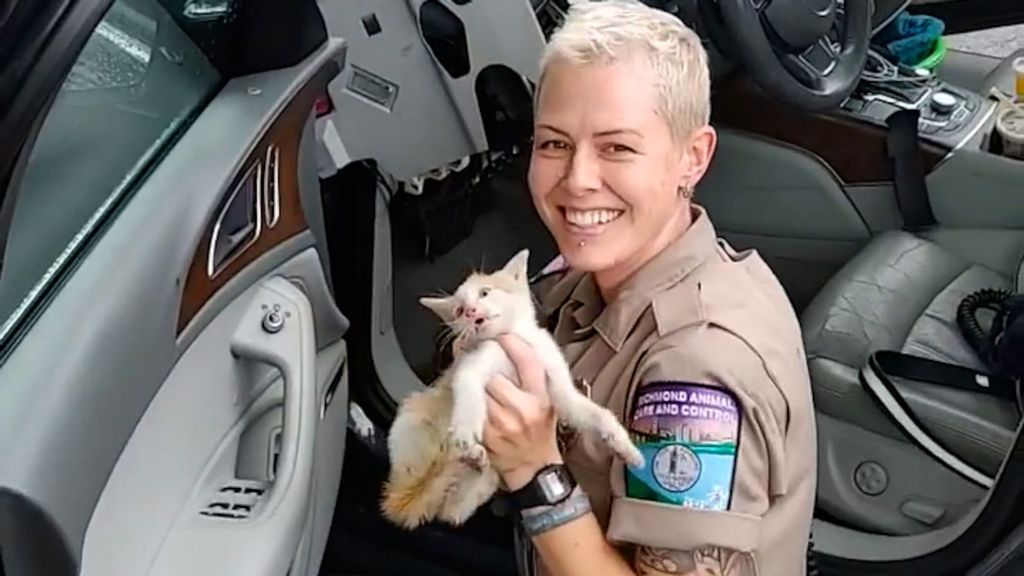 This is the moment when firefighters rescue a trapped kitten from the dashboard of a vehicle.

The adorable rescue took place on Cowardin Avenue in the Swansboro neighborhood in Richmond, Virginia, early on the afternoon of Sunday, August 21, following an emergency call.

Video footage shows how a Richmond Animal Care and Control officer retrieves the ginger-and-white cat after firefighters removed a number of panels from the vehicle dashboard.

The pet cat was handed back to the vehicle’s owner 18 minutes after the firefighters arrived on the scene.

The Richmond Fire Department said in a statement on social media: “Every call is different for our firefighters, but we’re glad this one had a pawsitive ending.

“At approximately 2:19 p.m. this past Sunday, members of Engine 17’s A shift responded to the Dollar Tree on Cowardin Avenue for the report of a kitten stuck in the dashboard of a vehicle.

“Our crew had to remove several panels in order for the Richmond Animal Care and Control officer to retrieve the cat. They were able to get it done and return to service at 2:37 p.m.

“This is a video of the moment the kitten was freed! The cat was then turned over to the owner of the vehicle. Our responding firefighters said a ‘purrfect’ name for it is Audi.”

The video shows the animal control officer carefully reaching up under the dashboard of the car at the driver’s side. One of the firefighters can be heard saying off-camera: “We’ve got you, buddy. Hang on!”

One of the firefighters tussles the fur on the cat’s head as it looks around in the daylight. Finally, the animal control officer turns smiling to the camera, gently holding the now freed kitty.

Richmond Animal Care and Control is a municipal agency that issues permits, enforces laws relating to animals, and investigates cruelty to animals. It also operates an animal shelter.

While the municipal budget covers the basic operational costs of the agency, the Richmond Animal Care and Control (RACC) Foundation provides funding for emergency care of shelter animals and coordinates volunteers.

RACC is a nonprofit organisation, which, according to its website, is “dedicated to supporting the agency’s success.” RACC seeks donations to continue its mission.