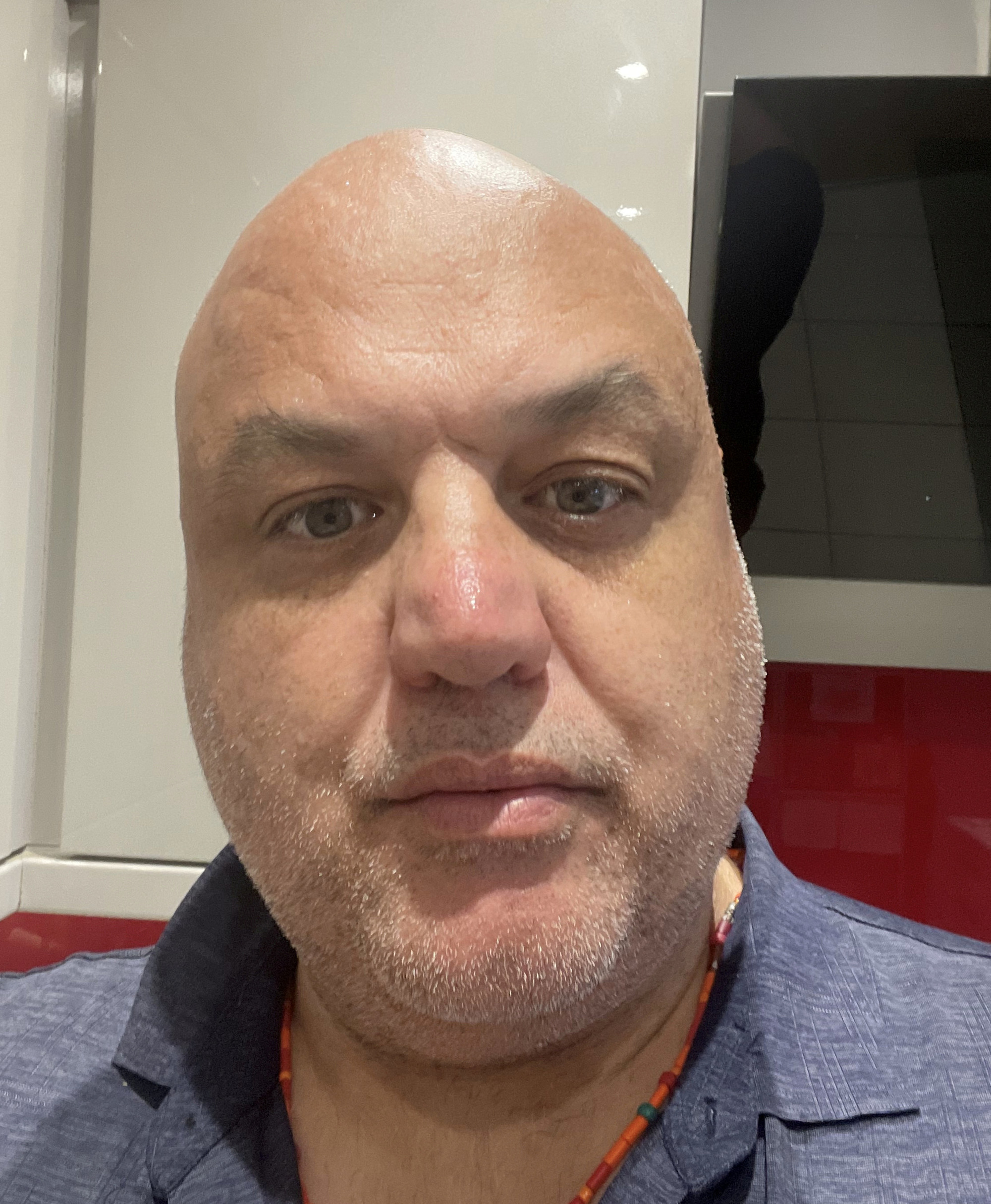 Daniel Thompson poses in an undated photo. The 48-year-old English teacher recently gave his account of how he was kept in a mountain prison for a week in China for overstaying his visa. (Daniel Thompson,SWNS/Zenger)

A British teacher banged up in a Chinese prison for overstaying his visa has described his “horrific” stretch for the first time.

Daniel Thompson, 48, had been working in Jinan, Eastern China, since October 2019, teaching English to locals. But he says police found his visa had expired last month–and he was jailed for a week at a mountain prison.

Thompson says he was locked up along with Chinese people who had also committed low-level crimes like gambling. He says boredom was the biggest challenge–although cramped conditions and a toilet that was little more than a hole in the ground were also tough.

Thompson, who says he has never previously been in trouble with the law, is now back home in Bournemouth, England, in the U.K. He is now speaking out about his ordeal for the first time–which, amazingly, has not put him off traveling.

Thompson said: “None of it seemed real until I was actually being driven to the prison with a load of other Chinese convicts. It was the most horrific week of my life, and when I think back about my experience, it terrifies me.”

Teacher Thompson says he has taught all over the globe during his 17-year career, but doesn’t have an official degree. This meant he couldn’t qualify for a Chinese work visa, so instead traveled using a business visa, and then worked using a humanitarian visa, which he renewed monthly.

But after he broke his leg in an e-bike accident he was unable to renew his visa, he claims, and he’d run out of pages on his passport to stamp. He then needed to apply for a new passport from the British passport office in Beijing before he was able to leave the country.

But, just as he recovered from his leg injury, he received a message from the police in April asking him to come to the station so they could check his documents. At this point, Thompson’s monthly visa had expired, and the school he was working for had failed to provide him with a new one, he claims.

He informed police, and, after a string of interrogations, they decided his mishap was worthy of a week-long prison stint before he was deported, Thompson says.

“I got the job online, and I was assured by the agency I got the job through that I could work with a humanitarian visa. Although that was true, when I got there I found out I needed to renew it monthly, which was fine, until I snapped my leg in a biking accident,” Thompson said.

“I was in hospital for weeks, unable to walk or work, and my visa expired. Not only could I physically not go to the immigration department to renew it, but my passport which they stamp the monthly visa in had run out of pages.

“I needed a new one before I could get my next month’s visa which took ages to come, and, in that time the, police sent me a text. I thought it would be fine, and I’d just explain my situation, but that wasn’t the case.

“They believed I was working illegally, and they called me into the station to do a string of interrogations. The room I was interrogated in was designed to intimidate you, and each time there was five police officers in the room with me.

“One time the head of police came in and started screaming at me calling me a liar saying my story was false–it was so scary. I forked out a fortune for a Chinese lawyer who spoke English, but in the end I was still handed a week prison sentence for overstaying my visa. There was no trial or formal process–they just decided amongst themselves that that was my punishment.”

Thompson was transferred to a detention center thirty minutes into the mountains just outside Jinan on July 25, where he then carried out his punishment. He was locked in a cell with 14 other inmates who were all inside for various different low-level crimes.

Before he was imprisoned, he was stripped of all his belongings and was unable to communicate with the outside world at all during his sentence. All the inmates were Chinese and not one person, including the guards, spoke any English, Thompson says.

Inmates had an upside-down bucket to sit on and a rock-hard prison bed with one blanket–but the toilet was nothing more than a hole in the ground. The prisoners were only allowed to lie on the bed at night, meaning for the rest of the time he was sandwiched between inmates with almost no space to move.

In defiance of his sentence, Thompson attempted to hunger strike throughout his time in prison, and only ate two rolls and a boiled egg the entire time he was there. He said: “The prison guards were simply there to make your experience as difficult and as uncomfortable as possible.

“The cells were tiny and held 14 prisoners each, none of whom I could communicate with. We couldn’t lie down during the day so my whole body ached from standing constantly.

“There was nothing to do but stare mindlessly into space until meal time came and food was delivered to our cell. The worst part of it all was being locked in one small, cramped space for seven days–the mental cruelty of it all was horrendous and hard to bare.

“I communicated with two guys through sign language, who said they were locked up for playing poker in their own homes. Gambling is illegal in China and they were sentenced to 12 days each.”

Thompson says he was released after seven days to the front of the prison, where guards shoved him out the gates onto the road. They closed the gate behind him, offering no transport back to the police station where his belongings had been confiscated from him.

Thompson eventually flagged a cab who agreed to take him to the station on the condition he’d pay on arrival, where police withheld his money just to toy with him. After picking up his new passport from immigration, Thompson was then deported and flew back to Heathrow from Beijing Airport on August 11.

“On the way to the airport I was convinced something would go wrong and I wouldn’t be able to leave,” Thomson said.

“But thankfully I was allowed to board the plane with no complications. I couldn’t even get a beer on the flight back which really summed up my whole experience. When I arrived at Heathrow I felt like kissing the ground–I was so grateful just to be back in the U.K.

“I can now say I’ve spent a week inside a Chinese jail, which was the most stressful and horrific time of my life. But it hasn’t put me off teaching abroad, and I’m confident I’ll be traveling again in no time.”

A Foreign Office spokesperson said: “We provided consular assistance to a British man in China.”