She said: “I have a genuine fear of Michael Jackson. It all started when I was younger at about five years old.”
By Simona Kitanovska August 29, 2022
Facebook
Twitter
Linkedin
Email 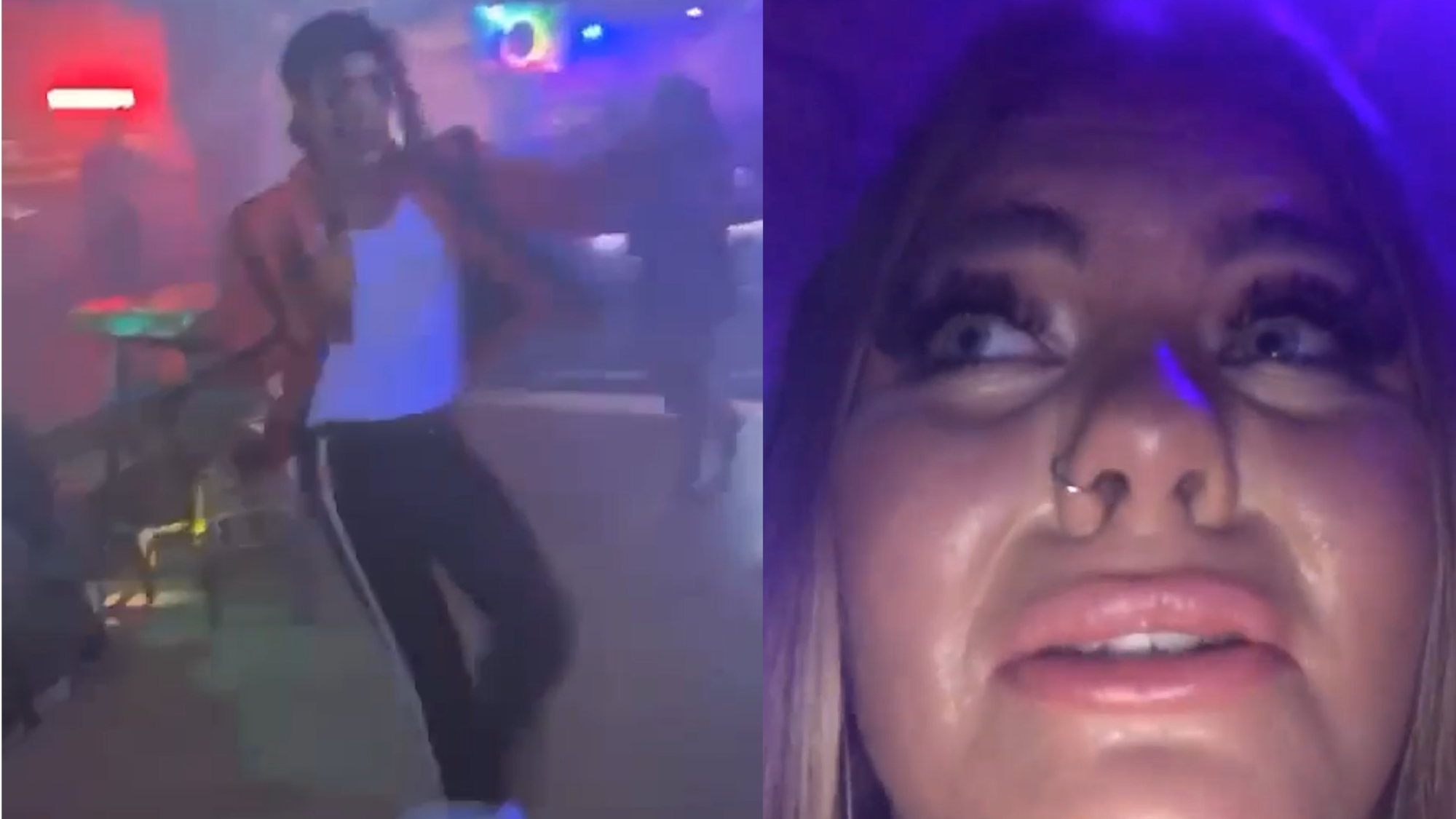 Ruby Marriott being scared of a Michael Jackson impersonator and Michael Jackson's hit song 'Thriller' in an undated photo. The teen says she has a phobia of Michael Jackson and has opened up about her crippling fear, saying even hearing Thriller gives her chills. (Josh Brady, SWNS/Zenger)

A teen has gone viral with over nine million views as footage shows her crying as a Michael Jackson impersonator performs and she has opened up about her phobia.

Ruby Marriott, 18, has a crippling fear of Michael Jackson and says even hearing the crooner’s hit-song “Thriller” gives her chills.

Marriott had been enjoying herself on the first night of a family vacation in Ayia Napa, Cyprus, on Monday, August 22, when her evening of fun ended in tears. A Michael Jackson impersonator performed in the bar they were in–and Marriott’s huge fear of the King of Pop hit hard.

A video by sister Macey, 19, shows Marriott crying, unable to look at the musician. The video went viral, and Marriott has opened up about what exactly terrifies her so much about Michael Jackson.

Student Marriott, from Rotherham, a large market town located in England, in the U.K., said: “I have a genuine fear of Michael Jackson. It all started when I was younger at about five years old.

“My sister and my cousin used to show me creepy edited videos of him that people made and conspiracy theories that he’s alive, like photos of him in the background of photos and in people’s windows. Even when his music plays, I have a rush of fear through me.

“Thriller is the main song that scares me, mainly because of watching the music video when I was younger and it is one of his biggest hits so it’s played around me a lot. If a family member plays his songs, I have to walk out of the room.

“The fear started getting worse when we went on a family holiday to LA and stayed in a house we rented for three weeks. There was a door with about eight padlocks on it and one of my family members jokingly said ‘what if Michael Jackson is hiding in there?’, knowing my phobia of him.

“Every night for three weeks, I had the same nightmare of him creeping out of the wardrobe and coming for me while I was asleep. It was awful! The photoshopped photos of him have made my phobia worse, people just send them to me or show me and it takes me back to him crawling out of my wardrobe. I’m now 18 and the phobia hasn’t gotten any better!”

Family and friends of Marriott knew about her unusual fear. Heading out on Monday night, August 22, to celebrate her uncle and aunt getting married, Marriott was sitting down after dancing when the night turned sour.

Marriott said: “It was my first night in Ayia Napa and funnily enough, the first bar we went to was really quiet so not many people there. We had no idea about any tribute acts so we went in and had a few rounds of drinks.

“I was enjoying it a lot, we were all dancing, taking photos and having a laugh. It wasn’t until half an hour in that I heard the start of Thriller playing and I instantly started panicking.

“I turned around and saw a Michael Jackson impersonator dancing around on the dance floor next to me. I ran over to where my family were sitting and instantly started crying and panicking even more. I couldn’t even look at him!

“I thought my fear was bad enough until I saw someone who looked exactly like him–it just got worse! We left the bar, but I couldn’t get it out of my head all night. It took me a while to get to sleep–I had to FaceTime my boyfriend to fall asleep to!”

After Marriot’s traumatic encounter with the King of Pop, her sister posted a video of her tearful reaction to the impersonator on TikTok–and it quickly went viral. Over nine million people have watched Marriot’s video with many flooding to the comments to say they were also scared of Michael Jackson.

Another said: ‘I love Michael but this phobia is very justifiable’.

One user tagged a friend, saying: ‘I actually low-key have this fear too’.

Another commented: ‘I have the same thing, I can’t sleep, he gives me nightmares’.

Shocked by the reaction to the clip, Marriot said: “We didn’t expect the video to go viral at all! Macey thought it was funny to post–but I didn’t!

“I am finding it funnier now, but it hasn’t changed how I see Michael Jackson. I still find him terrifying–it was traumatizing!”

Her sister said: “I originally showed my friends the video and they found it hilarious so I posted it on my TikTok, not expecting it to blow up like it did. Ruby has always been a funny and dramatic character so it’s funny to me that she’s blown up for it!”