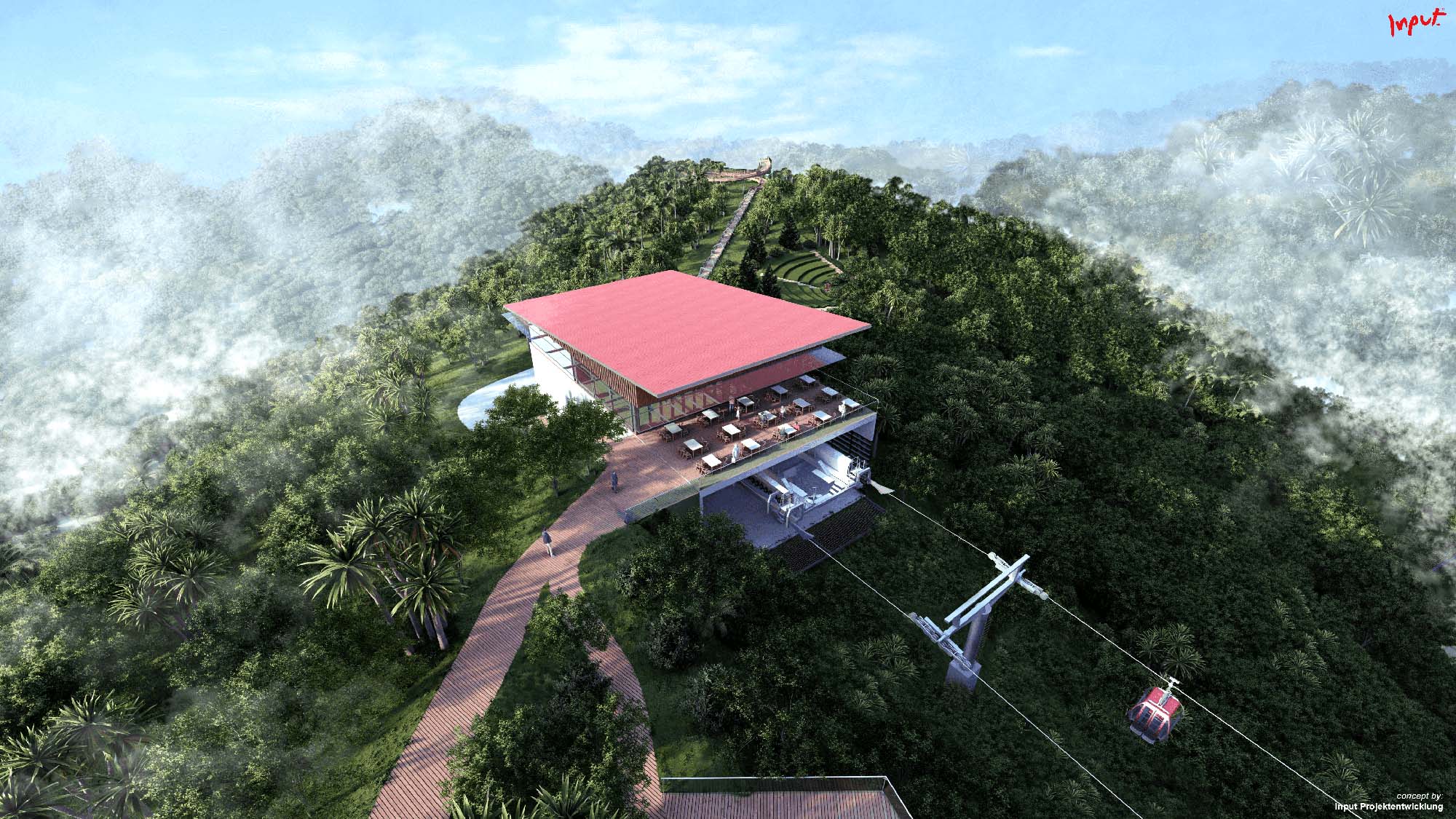 Photo shows the model of Boiling Lake top station in Dominica, undated photo. The ropeway engineers at Doppelmayr in Wolfurt are currently working on the technology for this world-record installation, whose opening is planned for early 2024. (@Doppelmayr/Zenger)

An Austrian company is aiming to build the world’s longest gondola in a UNESCO World Heritage Site in the Caribbean island of Dominica.

Austrian ropeways and cable cars manufacturer Doppelmayr Group will build a 6.6-kilometer-long (4.1-mile) gondola at Boiling Lake, which is located in Morne Trois Pitons National Park, in Dominica, by 2024.

The lake–which is a UNESCO World Heritage Site–spreads across 60 to 75 meters (200 to 250 feet), thus representing the second-largest hot spring in the world after Frying Pan Lake, located in Waimangu Valley, near the city of Rotorua, New Zealand.

Located about 10.5 kilometers (6.5 miles) east of Dominica’s largest city and capital, Roseau, Boiling Lake can currently only be reached after a seven-hour hike.

So the Wolfurt-headquartered company’s project should aid the Caribbean country in its economical and ecologically sustainable development by making the lake readily accessible for day-trippers. Ropeway engineers at Doppelmayr are currently working on the technology for the groundbreaking installation, after they were contracted by ABL Holdings LTD.

Doppelmayr Group told Zenger News: “Dominica is therefore keen to pursue a policy of sustainable tourism that enriches the life of its citizens by creating economic, social and cultural opportunities and protects the country’s natural resources as well as its nature and culture.

“Environmentally friendly transport to Boiling Lake will in future be provided by a 6.6-kilometer-long [4.1-mile-long], 10-passenger detachable gondola–it is set to become the world’s longest continuous-movement monocable ropeway and will feature Doppelmayr’s D-Line ropeway generation.

“This installation will give visitors a fast, reliable and comfortable means of accessing the national park in less than 20 minutes.”

Hospitality and shopping facilities focusing on the Caribbean island’s distinctive local features will be incorporated at the bottom station, according to Doppelmayr. In addition, the area surrounding the top station will consist of a restaurant with a panoramic terrace, a viewing platform, and a six-meter (19-foot) statue of Dominica’s national symbol–the sisserou parrot, also known as the imperial amazon (Amazona imperialis)–will be placed at the highest point.

Furthermore, a pathway leading from the top station will enable visitors to reach the impressive Boiling Lake in a matter of minutes. The water in Boiling Lake can reach temperatures ranging from 82 to 92 degrees Celsius (180 to 197 degrees Fahrenheit). The grayish-blue water in the lake, which is constantly bubbling, is replenished by rainwater and two small streams.