The experts said that the tree they recovered was a silver fir.
By Joseph Golder August 29, 2022
Facebook
Twitter
Linkedin
Email 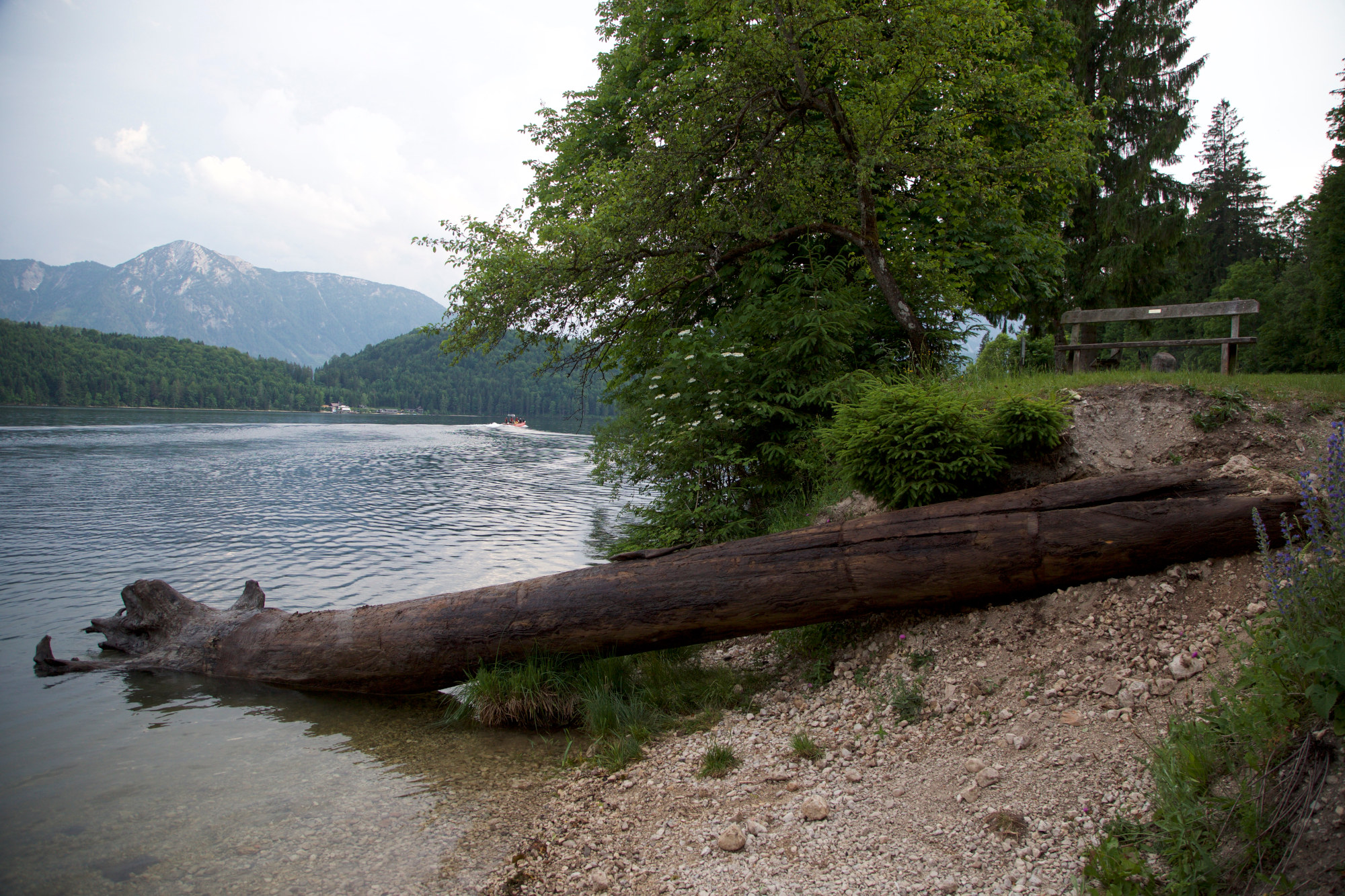 The tree weighing around 6 tons, being recovered from the lake, undated. An approximately 1,400-year-old silver fir was recovered from Lake Altaussee, Austria as part of a research project. (OBf-Archiv, Thomas Kranabitl/Zenger)

These images show how a six-ton fir tree dating back 1,400 years has been recovered from an underwater forest in an Austrian lake.

Experts say the tree first sprouted seed in the Early Middle Ages. Now–some 1,400 years later–scientists are trying to unlock the secrets of this amazing, well-preserved evergreen.

Zenger News obtained a statement from the Austrian Federal Forests (Osterreichische Bundesforste AG) on Thursday, August 25, that said that the tree was recovered from Lake Altaussee, in the district of Liezen, in the south-eastern Austrian state of Styria.

They explained that the underwater forest had been discovered in the 1970s but it was not until recently that a 3D model of the lake was created.

“Since its discovery in the 1970s, the ‘underwater forest’ in Lake Altaussee has not only puzzled divers. On the initiative of the Walter Munk Foundation for the Oceans, the lake in the Styrian Salzkammergut has been extensively researched since 2019 together with the University of Natural Resources and Life Sciences Vienna and the Austrian Federal Forests.

“This was measured using the most modern hydroacoustic methods and examined from a sedimentological and paleo-ecological point of view,” said the statement from the Austrian agency.

“With the help of a remote-controlled underwater robot and high-resolution multibeam echo sounder, a precise 3D model of the lake basin could be created.

“It shows, among other things, sediment formations of various kinds, large boulders, crater-shaped underwater springs and around 100 standing tree trunks with heights of one to about fifteen meters distributed over the entire lake,” said project manager Erwin Heine of the University of Natural Resources and Life Sciences in Vienna.

“As part of the current research project, a tree trunk about 10 meters [32 feet] high, which was about 100 meters [328 feet] from the shore at a depth of about 18 meters [59 feet], was recovered from the lake and examined dendrochronologically,” the agency statement said.

“The result of the determination of the age of the wood exceeded all our expectations: the tree began to grow as early as around 600 AD – i.e. in the early Middle Ages,” said Rudolf Freidhager, who heads the Austrian Federal Forests, which owns the lake.

“In order to loosen the tree trunk, which weighs around six tons, from the bottom of the lake, it had to be moved using a tractor cable winch, brought to the surface of the water with three lifting balloons and pulled ashore by the fire brigade with a boat.

“The rootstock, which is around two by two meters [6.5 feet] in size, and a tree disc approximately 15 centimeters [5.9 inches] thick with a diameter of around 100 centimeters [39 inches] were then cut off and examined at the Institute for Wood Technology and Renewable Resources at the University of Natural Resources and Life Sciences,” said the statement from the agency.

Michael Grabner from the Institute for Wood Technology and Renewable Resources said: “By combining the tree ring data series with carefully selected tree rings for C14 age determination, a clear and secure date could be found. The tree has 247 annual rings and died in 859 AD.”

The C14 or carbon-14 method, also known as the radiocarbon method, uses radioactive decay and the known half-life of the carbon isotope to determine the age of dead organisms.

“The annual rings of the trees are assigned to a known growth period based on their different widths. High statistical significance, visual agreement and plausibility in connection with the results of samples taken in parallel are the basis for correct dating,” Grabner explained.

The experts said that the tree they recovered was a silver fir, “a tree species which is still of great importance for the forest ecosystem today”.

“Due to its deep root system, the silver fir is firmly anchored in the ground and therefore much less vulnerable to storms than other coniferous trees. In addition, it is an important ecological stabilizer in mixed forests.

“Therefore, the silver fir was not only a valuable part of many local forest communities in the past, but also plays an important role in the forest of the future of the federal forests,” Friedhager said.

The experts now plan to work out how the approximately 100 tree trunks ended up in the lake–for example through an earthquake, or whether they grew on the spot.