The images were obtained from the North Las Vegas Police Department (NLVPD ) along with a statement released on Monday, August 22.
By Joseph Golder August 26, 2022
Facebook
Twitter
Linkedin
Email 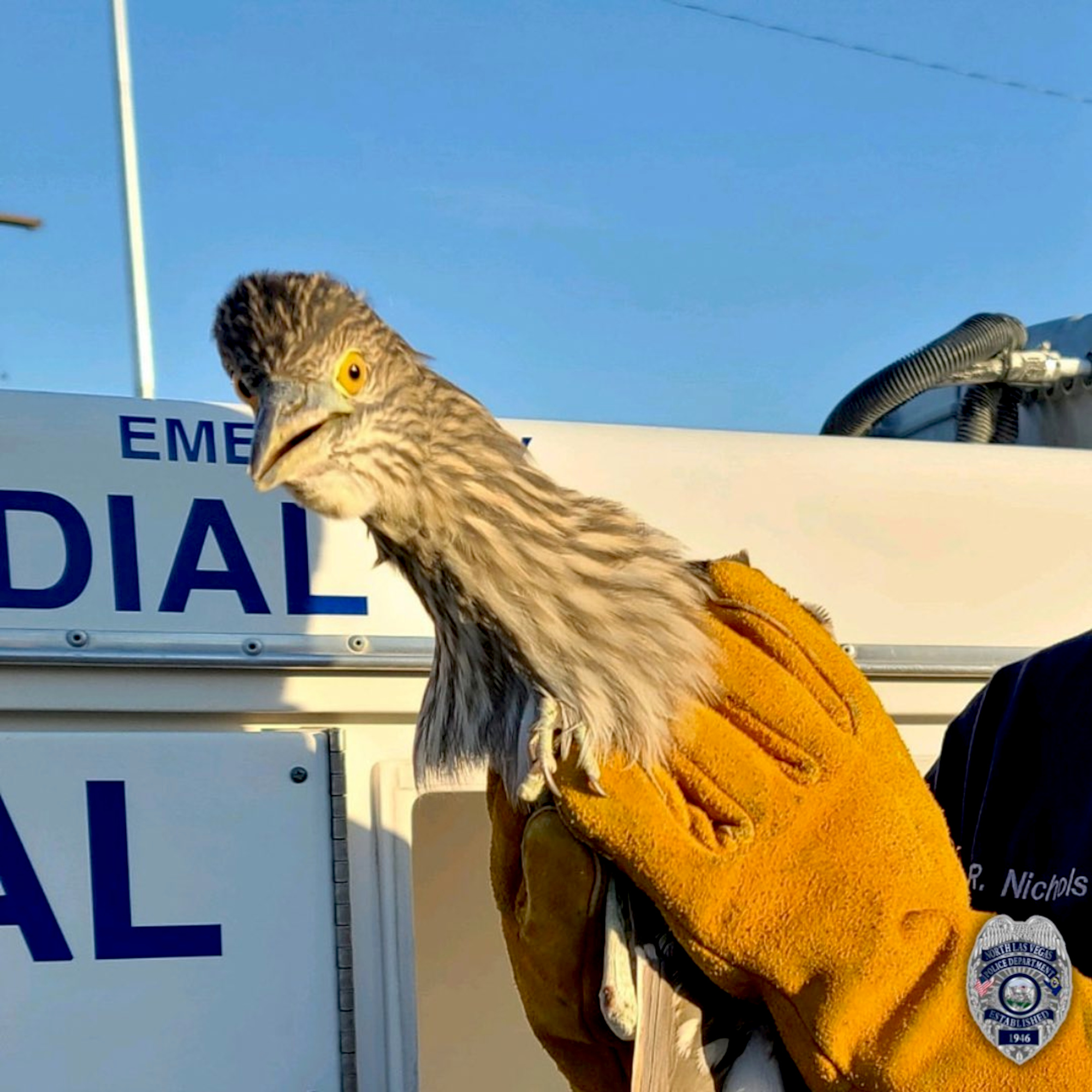 Photo shows a road runner that was saved from a bush near Lake Mead in Las Vegas, Nevada, USA, undated photo. The NLVPD stated that North Las Vegas Animal Safety Companies officers responded Monday, Aug. 22, 2022, when a roadrunner was discovered caught in a bush near Las Vegas BLVD & Lake Mead in NLV. (@NLVPD/Zenger)

Vegas cops are the talk of the toons after rescuing a real-life Road Runner from a trap of which Wile E. Coyote would have been proud.

In the celebrated Warner Bros cartoons, the Road Runner’s arch enemy would try increasingly complicated tricks to snare the bird. But in real life, it was caught by a piece of garbage.

The incident took place in the city of North Las Vegas, a suburban city that is part of the greater Las Vegas urban area in Clark County, Nevada, in the Mojave Desert, with the police saying on Monday, August 22, that they had rescued the roadrunner after it was found trapped in some trash in a bush by a roadside.

The images were obtained from the North Las Vegas Police Department (NLVPD ) along with a statement released on Monday, August 22, in which the cops joked: “After all these years of unsuccessful attempts by Wile E. Coyote, it looks like the NLVPD Animal Protection Service was able to catch up with the Road Runner.

“We think the road runner was just as surprised as us! This juvenile road runner was found in a not-so-good situation near Las Vegas BLVD & Lake Mead in NLV. He was eventually transported to a veterinarian who specializes in birds where he will soon be released back into the wild.”

The photographs show an unnamed police officer holding the rescued roadrunner after having successfully rescued it from its predicament. Wile E. Coyote and the Road Runner are Warner Bros.’ Looney Tunes characters that first appeared on screen in 1949. The plot is centered around a hungry Wile E. Coyote trying to catch the fast-moving Road Runner, with each attempt less successful than the last.

The Road Runner is known for saying “beep beep” as it escapes the wiley coyote and foils its plans.

In real life, roadrunners of the genus Geococcyx are made up of two species of fast-running ground cuckoos that have long tails and crests. They can be found in the south-central and southwestern United States and in Mexico, often in desert areas.

The greater roadrunner can be found in the southwestern United States and in Mexico, and goes by the scientific name Geococcyx californianus, meaning ‘Californian earth-cuckoo,’ while the lesser roadrunner is called a Geococcyx velox, which means ‘swift earth-cuckoo.’

Both subspecies are listed as Least Concern on the International Union for Conservation of Nature’s (IUCN) Red List of Threatened Species, also known as the IUCN’s Red Data Book. Despite being able to fly, roadrunners often opt to escape from predators by running away.