The footage was obtained from the General Staff of the Armed Forces of Ukraine on August 25.
By William McGee August 26, 2022
Facebook
Twitter
Linkedin
Email 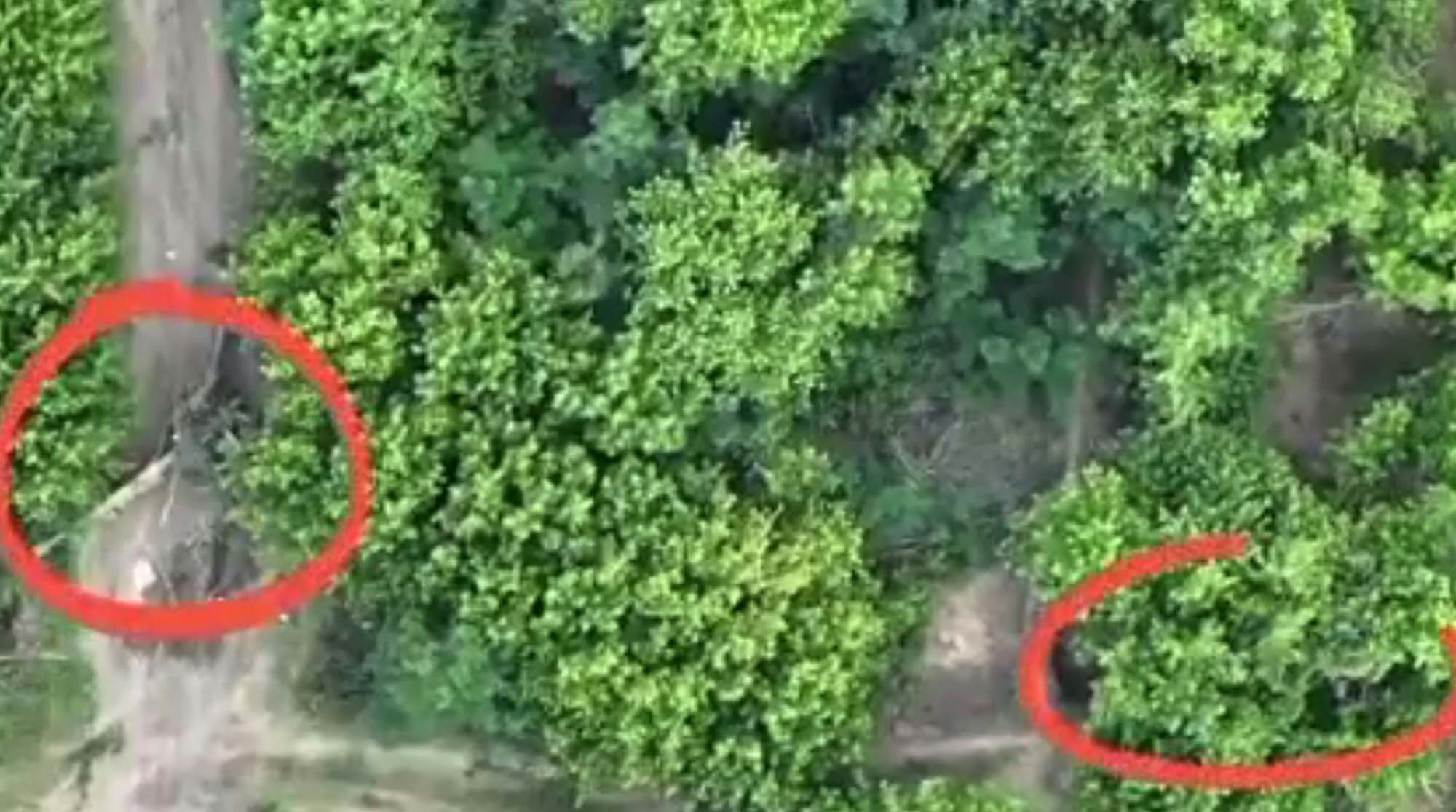 Picture shows Russian artillery positions in Ukraine in undated footage. Russian artillery was apparently destroyed by the Ukraine tanks according to General Staff of the Armed Forces of Ukraine.  (@GeneralStaff.ua/Zenger).

This aerial footage shows a number of Russian artillery pieces hiding among trees being destroyed in a series of explosions.

The footage opens with aerial shots of several artillery pieces hidden in wooded areas. A series of explosions can then be seen, purportedly as the Russian artillery pieces are taken out one by one in Ukrainian strikes.

Smoke and fire can be seen emanating from the areas of woodland before the footage cuts to clips of the damaged and destroyed units. Zenger News obtained the footage from the General Staff of the Armed Forces of Ukraine on August 25.

The General Staff of Ukraine’s military said: “Ukrainian tankmen against Russian artillery. Who do you think won?”

Zenger News contacted the General Staff of the Armed Forces for further comment, as well as the Russian Ministry of Defense, but had not received a reply at the time of writing.