The footage was obtained from the Air Command Central, a branch of the Ukrainian Air Force, on August 24.
By William McGee August 26, 2022
Facebook
Twitter
Linkedin
Email 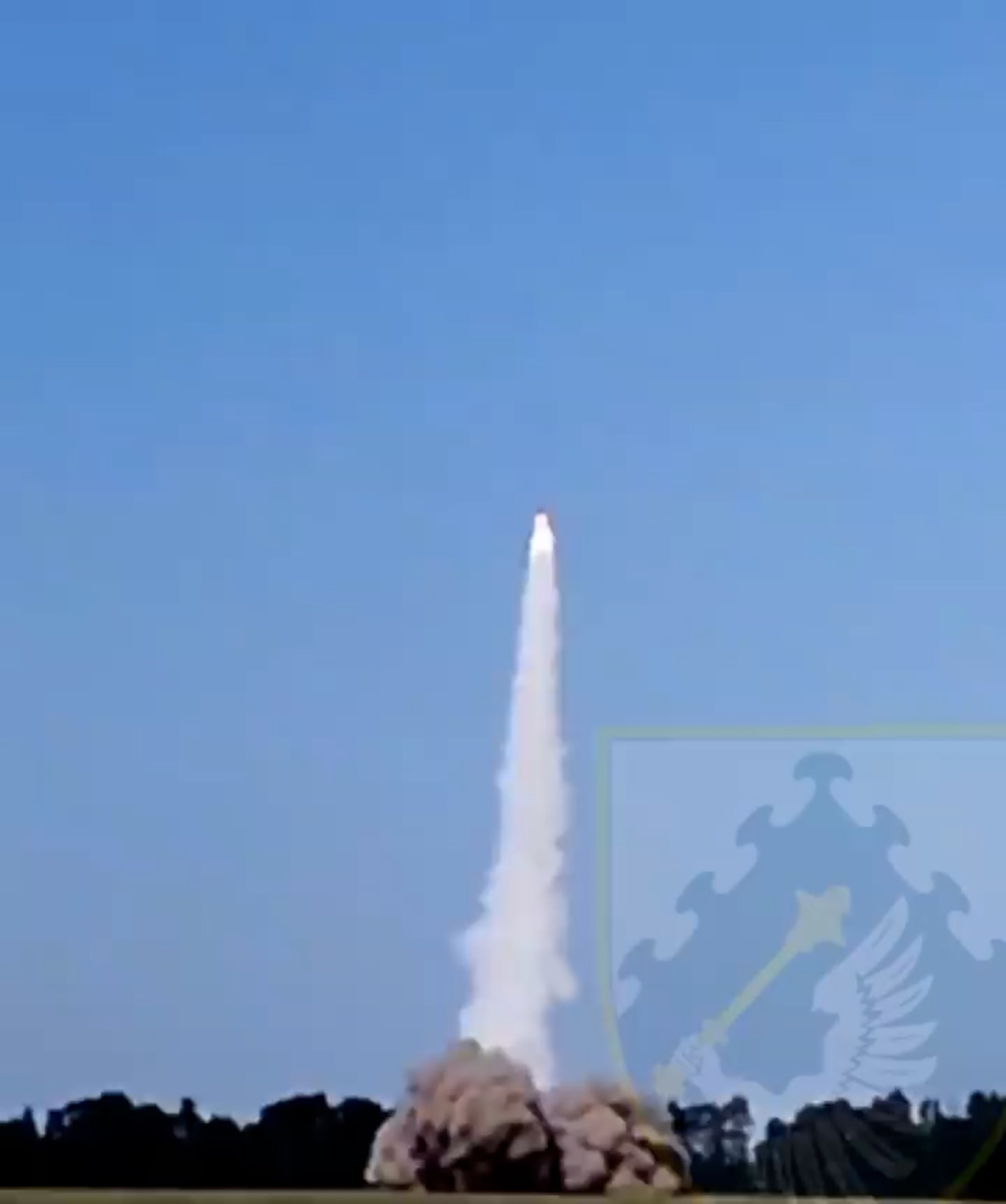 Ukrainian surface-to-air defense missile system fires on Russian UAV in Ukraine, Wednesday, Aug. 24, 2022. Ukrainian military authorities claim that 4 Russian UAVs have been shot down in one day in different locations in Ukraine. (@PvkCenter/Zenger).

These pieces of footage allegedly show a Ukrainian surface-to-air missile system firing a missile high into the sky, where it blows up a Russian drone.

Zenger News obtained the footage from the Air Command Central, a branch of the Ukrainian Air Force, on August 24.

ArmyInform – the official information agency of the Ministry of Defense of Ukraine – said in a statement: “Today, August 24, during the day, the calculations of the anti-aircraft missile forces, together with the calculations of the operational subordination of the Air Command Central of the Air Force, destroyed two more UAVs of the Russian invaders in the Ukrainian sky. This was reported by the Air Command Central.

“Yes, our defenders downed one UAV in Sumy Oblast and another in Cherkasy Oblast. Enemy drones, probably Orlan-10s, tried to scout the location of our troops. As previously reported, the air defense forces destroyed the second drone over Chernihiv Oblast at around 5 p.m.”

The Orlan-10 is a reconnaissance, unmanned aerial vehicle (UAV) developed by the Special Technology Center in Saint Petersburg for the Russian Armed Forces. It entered service in 2011.

Zenger News contacted the Air Command Central for further comment, as well as the Russian Ministry of Defense, but had not received a reply at the time of writing.