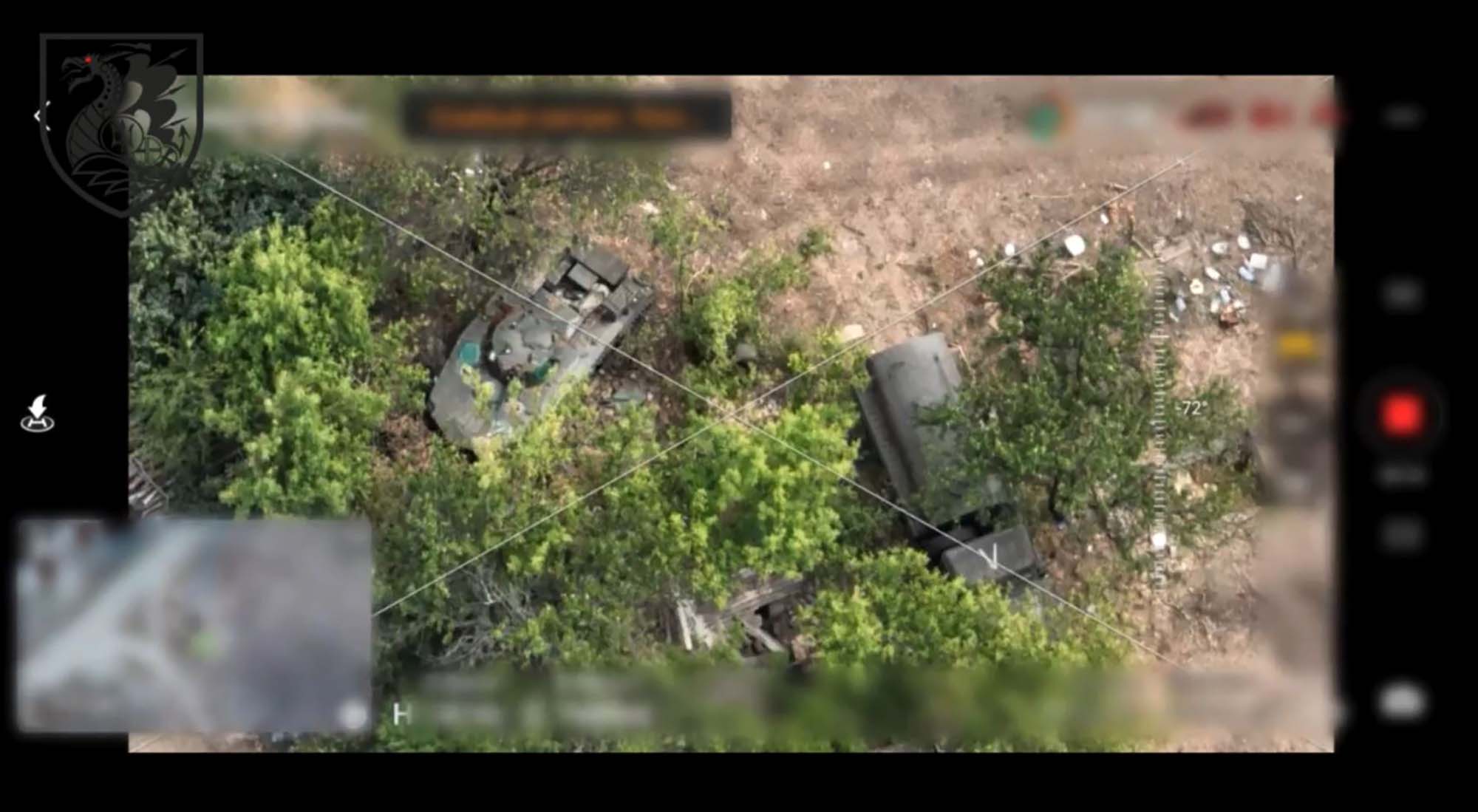 Russian fuel truck and two tanks hides under trees in the Southern direction of Ukraine in undated footage. Air reconnaissance and artillery of the 36th separate brigade of marines named after Rear Admiral Mykhailo Bilinskyi destroyed fuel truck and three BMPs of the Russian invaders.  (@36obmp/Zenger).

This footage shows how Ukrainian air reconnaissance units and ground units worked together to destroy a number of Russian military vehicles and ammunition.

Zenger News obtained the footage from the Rear Admiral Mykhailo Bilynskyi 36th Separate Marine Brigade, a marine brigade of the Naval Infantry of the Ukrainian Navy, on August 25.

“The other day, thanks to the fruitful cooperation of the air reconnaissance and artillery of the brigade, the enemy lost several fuel trucks, several BMPs and ammunition, which were destroyed by accurate shots by self-propelled guns. The demilitarization of the enemy army continues.”

The BMP is a series of infantry fighting vehicles initially developed in the 1960s in the Soviet Union.

Zenger News contacted the 36th Separate Marine Brigade for further comment, as well as the Russian Ministry of Defense, but had not received a reply at the time of writing.