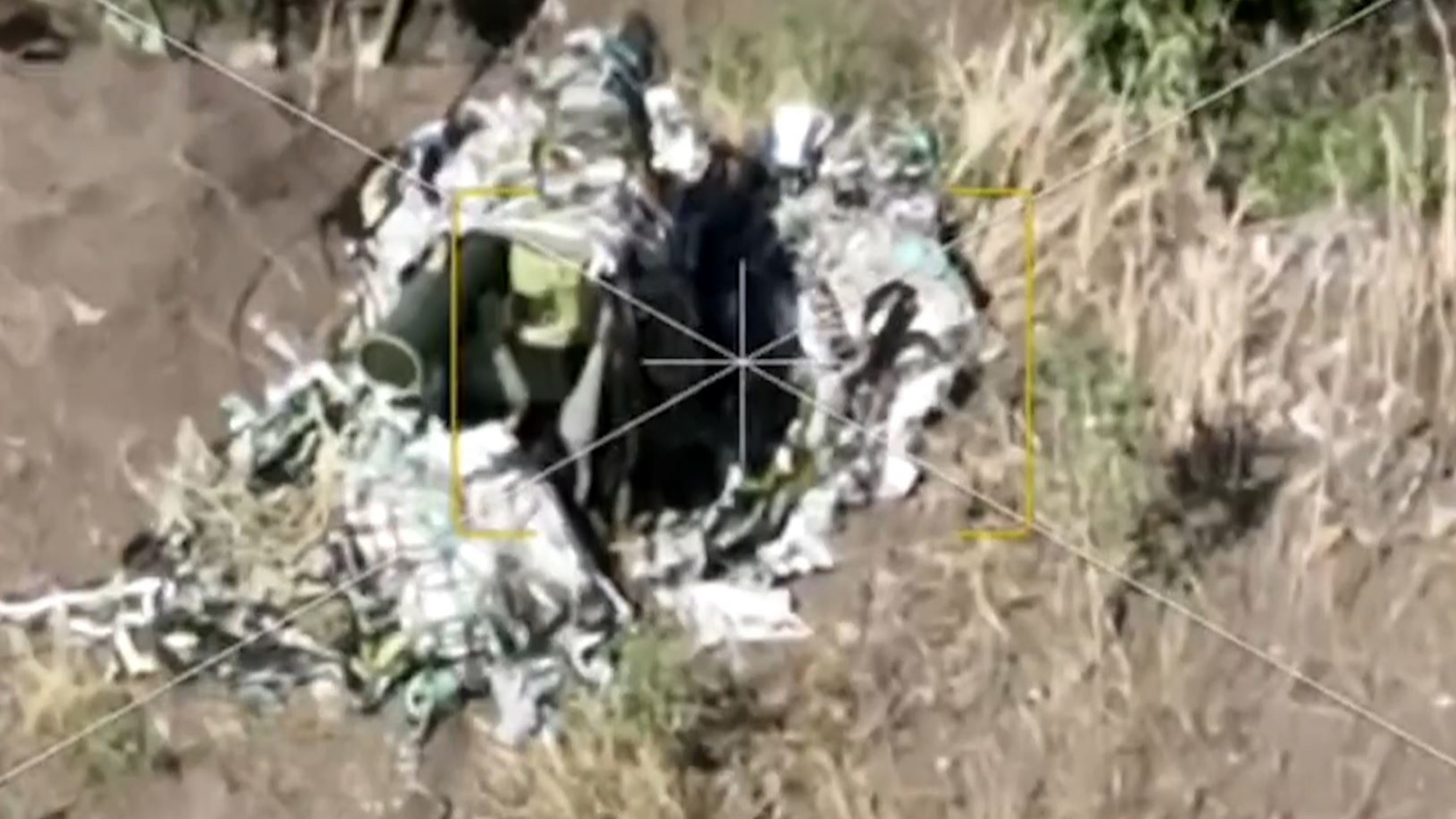 Ukrainian Stugna modern anti-tank missile system hides in a dugout in a field area in Ukraine in undated footage. Fighters of the DPR Sparta battalion destroyed the weapons and personnel of Ukrainian army with the help of attack unmanned aerial vehicles.  (@nm_dnr/Zenger).

This footage purports to show camouflaged Ukrainian positions being taken out in a series of blasts as drones launched by the so-called Donetsk People’s Republic spot them from the air and drop bombs on them.

The People’s Militia of the DPR said in a statement: “The Sparta Battalion burns the Nazis from the air. Fighters of the Sparta Battalion destroy the weapons and personnel of the enemy with the help of attack unmanned aerial vehicles. Among the targets hit is a modern Ukrainian ‘Stugna’ anti-tank missile system.”

The Sparta Battalion is the DPR’s special forces unit. It has been accused of war crimes in the Donbas region and has been described as “Russian ultranationalist.” The Stugna-P is a Ukrainian anti-tank-guided missile system developed by the Luch Design Bureau in Kyiv. It entered service in 2011.