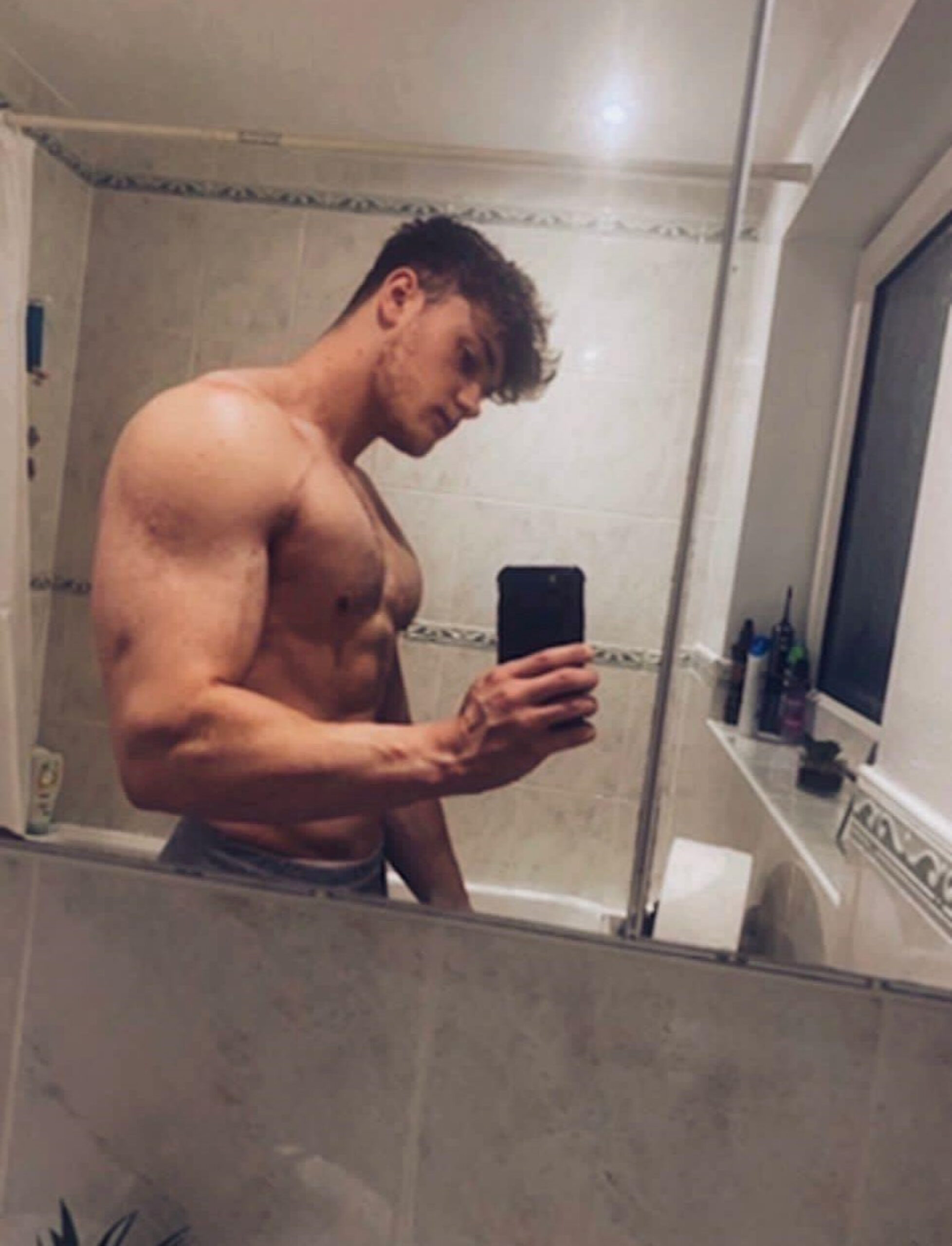 Brandon Hackett,20, a superfit teenager who thought he slipped a disk deadlifting 660 pounds and was shocked to discover that his back pain was a tumor, poses in an undated photo. Hackett slowly began to regain movement and began to teach himself to walk again hoping to return to the gym. (SWNS/Zenger)

A superfit teenager who thought he’d slipped a disk deadlifting 660 pounds was shocked to discover his back pain was a tumor which left his legs paralyzed.

Brandon Hackett, now 20, was diagnosed with Ewing sarcoma last year – a rare type of tumor that occurs in the bones or in the soft tissue surrounding bones. It took him six months to regain all movement in his legs and he had to learn to walk again using aids including a Zimmer frame.

Hackett, who is now back in the gym and cancer free, said: “I was wondering if I would ever be able to walk again. I couldn’t even think about anything else.”

Hackett, then 19, first noticed he was experiencing back pain in July 2021 while training for a weightlifting competition. After visiting his doctor, he was told it was tight muscles and started undergoing physiotherapy.

However, the pain continued and spread into his stomach. Then, while walking home from a shift at work, he began to experience tingling sensations down his legs. He visited the doctor again where he was told it was likely sciatica.

Hackett, from Barnsley, U.K., then went to Leeds festival in August 2021 and noticed his legs were feeling weak on the Saturday, before waking up on the Sunday and struggling to walk.

Tests revealed something was compressing his spine and he was transferred to Sheffield Hospital, by which time he couldn’t even stand up. After emergency decompression surgery, he gradually began to regain minimal movement in his legs and was eventually diagnosed with Ewing sarcoma. The cancer hadn’t spread and treatment began in October 2021.

Hackett said: “I just thought it was sciatica because I was doing 300 kilograms [660 pounds] deadlifts at the gym. I didn’t know if I’d slipped a disk. When I collapsed, I didn’t know what was going on.

“I’m quite a chill person so I wasn’t really too worried but I was confused and thought ‘this is not normal’. It was really scary and weird with a tingling sensation that didn’t go away, every time I tried to move it was like my whole body was getting electrocuted. It felt like my legs were cemented to the floor and I couldn’t even move my toes.”

Following chemotherapy, Hackett slowly began to regain movement and began to teach himself to walk again. He said: “I had to spend an entire week lying on my back to reduce swelling in my spinal cord – it was a relief when I started to get movement back towards the end of the week.”

Now, he has been told he will make a full recovery–and has even started visiting the gym again. He said: “I got from having to use a Zimmer frame to just using a stick on my own as I didn’t want to wait for physiotherapy.

“I’ve only really just started physio but I can walk without any help, I just take a stick in case I lose my balance. The tumor is gone now and scans have come back all clear – I’m back in the gym again too.”

Brandon is now planning to become a personal trainer.