Smoke Rises Next To Munich Airport In Germany

One passenger is heard saying in the video: "It's a bit dark, that's not good."
By Simona Kitanovska August 26, 2022
Facebook
Twitter
Linkedin
Email 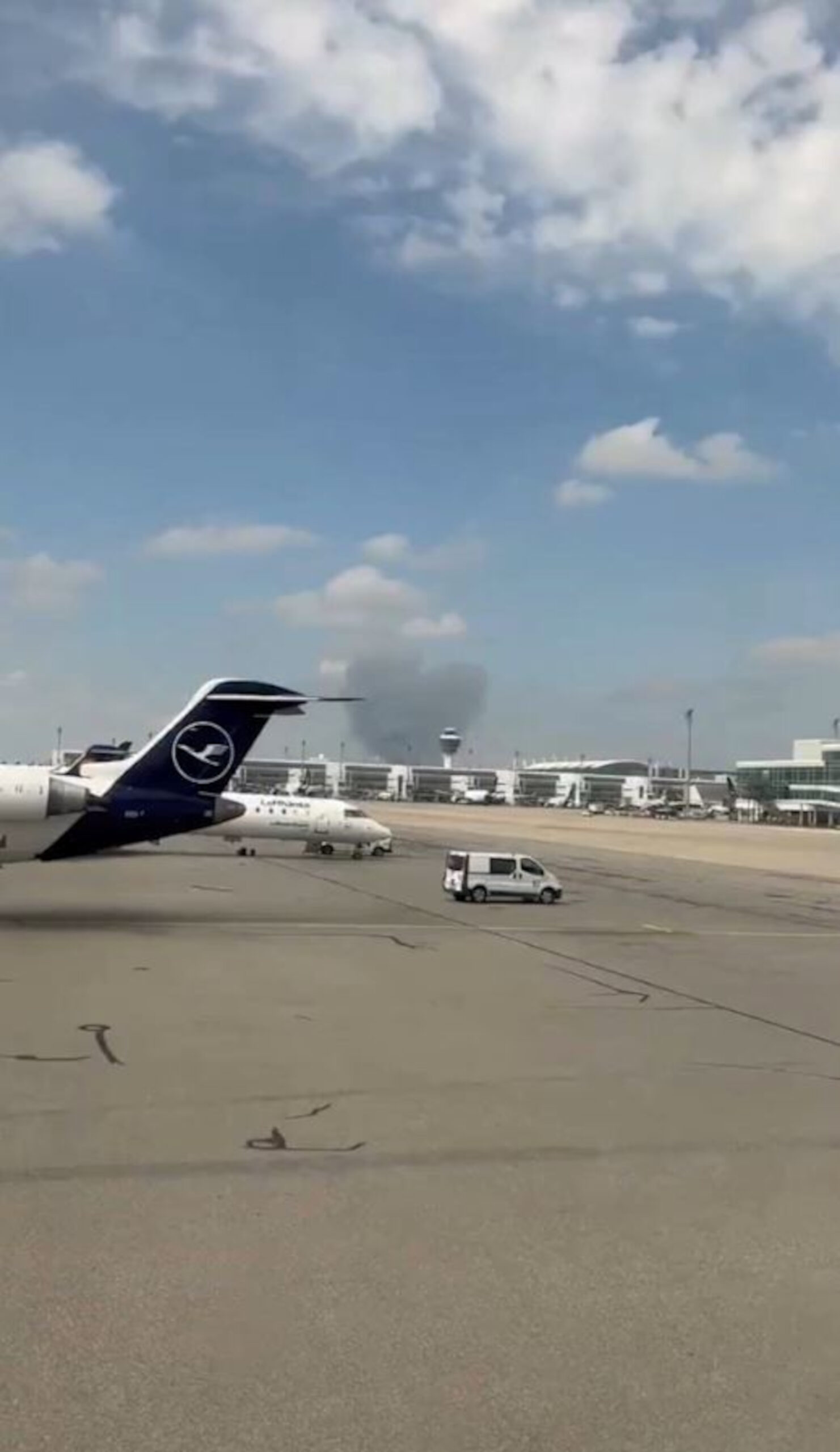 NEWS BULLETIN: Please note this is a breaking news story and the short version contained here reflects the sum of the information known alongside our licenced video material.

Smoke was seen rising from Munich Airport in Germany on Thursday morning, August 25.

Shocked passengers leaving a plane that had just landed noticed the large grey cloud rising into the sky behind the control tower to the west of the airport. One passenger is heard saying in the video “It’s a bit dark, that’s not good.”

The videographer said the smoke “looked like a large fire due west of Munich International.”

Munich Airport has been approached for comment but has not yet responded.