Zenger News obtained the footage from the Ministry of Defense of the Russian Federation on August 25.
By William McGee August 26, 2022
Facebook
Twitter
Linkedin
Email 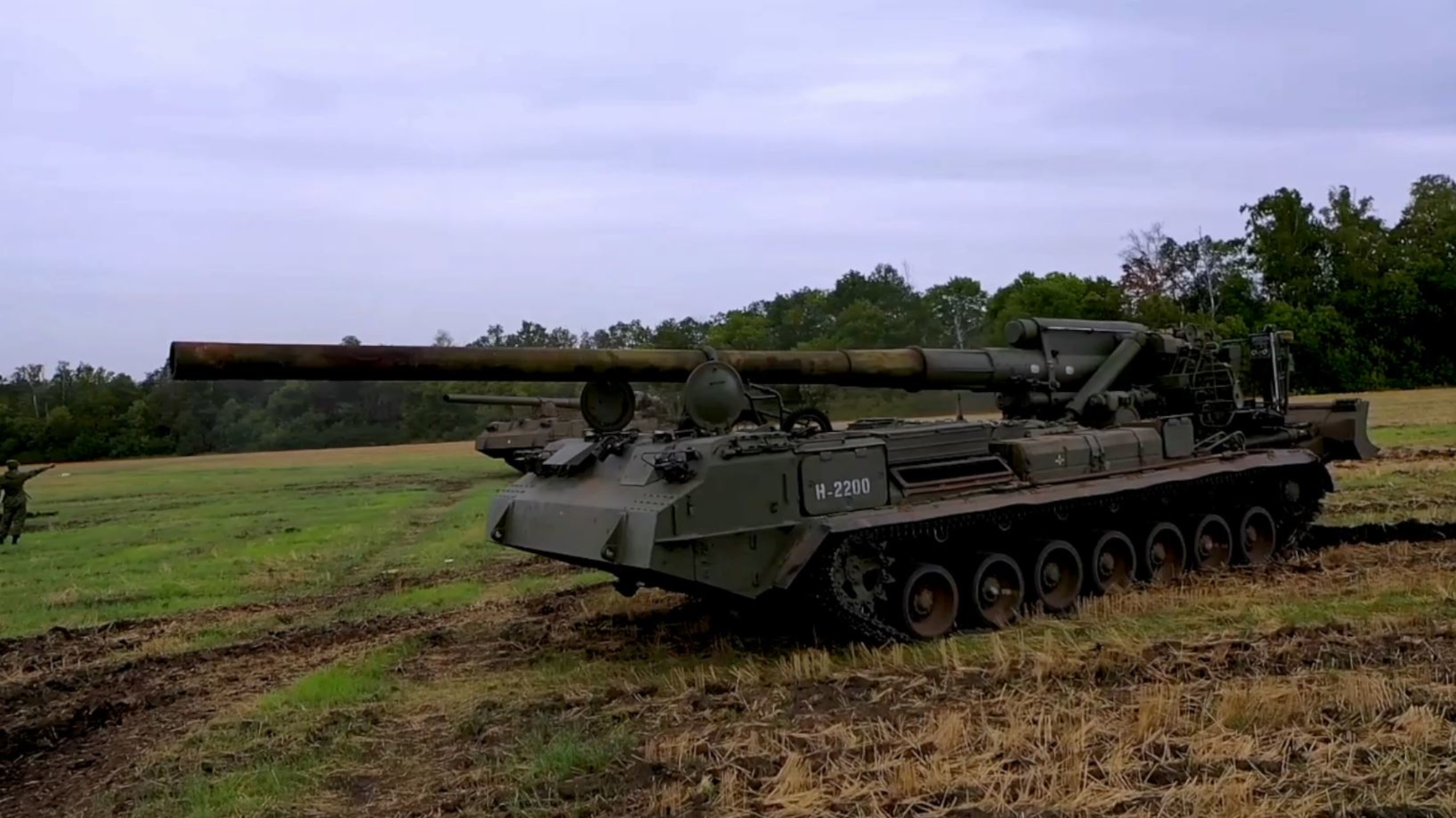 Picture shows Russian 203-mm self-propelled artillery unit Malka in Ukraine in undated footage. The 2S7M Malka uses an improved fire control system for the gun that increased the rate of fire from 1.5 to 2.5 rounds per minute, and increased the ammunition load to eight projectiles. (@mod_russia/Zenger)

The footage opens with two 2S7 Pion self-propelled artillery vehicles rolling into position across an open field before troops are seen clambering out of them and preparing them to fire. The artillery pieces are then seen firing several rounds into the air simultaneously as targets in the crosshairs are seen going up in fiery explosions.

Zenger News obtained the footage from the Ministry of Defense of the Russian Federation on August 25. The Russian statement claimed: “Combat operation of 203-mm Malka self-propelled artillery units of the Western Military District during the special military operation

“Artillery units of the Russian Armed Forces continue to carry out firing tasks to hit artillery and surface-to-air missile systems of [Armed Forces of Ukraine], strongholds, command posts and areas of concentration of Ukrainian military equipment during the special military operation.”

The 2S7 Pion “Peony” or Malka is a Soviet self-propelled 203-millimeter heavy artillery that entered service in 1976.